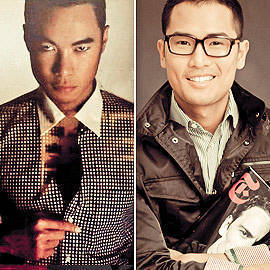 Represent! The Pinoy X-Factor shines in the global fashion arena.

Ford Supermodels Danica Magpantay, Chat Almarvez and Charo Ronquillo are currently making the rounds of international catwalks and magazine editorial pages, but what about the guys? SPOT.ph takes a closer look at three male Filipino models who have slowly been making names for themselves in an industry that typically puts the spotlight (and the big bucks) on women.

Dubbed an "Asian male supermodel" by several dailies, this Filipino-Chinese talent has walked the runways of New York, London and Milan. He didn’t plan on pursuing a catwalk career but at 25, he has already booked campaigns for Gap, United Colors of Benetton, Uniqlo and more, and walked for the likes of Versace, Boss and Issey Miyake. Before signing with Ford Models, he won "Model of the Year" in the 2004 Singapore Fashion Awards. Born in Manila, he went to the Saint Jude Catholic School in the same city. 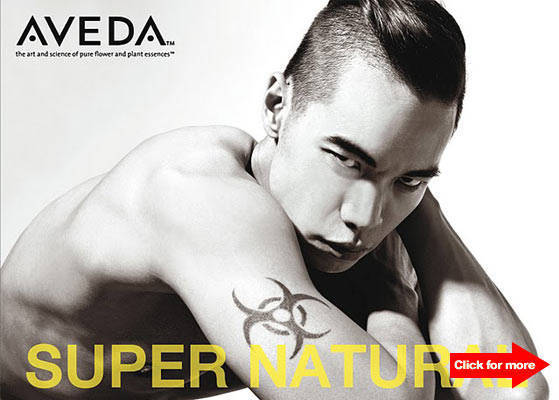 This "Asian male supermodel" is based in New York. Click to see exclusive photos he sent to SPOT.ph.

How did you get started?

A casting director named Rizal Ahyar approached me at Zouk Club in Singapore a while back and it all took root from there. You could say that Rizal inspired me.

At what point do you think you will have made it in the international modeling industry?

What does "making it" actually mean? Especially in this kind of profession, you’re hot and then you’re cold; it’s like a continuous cycle. The most I could ask for is to keep going!

You have been dubbed an "Asian male supermodel." How do you deal with the pressure that comes with that title?

I think everyone (pressures) themselves. I’d like to not be that aware of what people are calling me so as to not feel that pressure. But it’s okay because in 100 years all of these titles and self-proclamations in our crazy modern society won’t mean anything.

How is the modeling industry in New York different from Manila’s?

Well, it is different in every city so that’s hard to put in words. But in New York, everything is fast fast fast! You’re uptown, you’re downtown, and it’s only 12 noon. But of course it’s not like that every day, thank goodness!

Is it harder for men to succeed in the modeling world?

Who knows? I think it all comes down to luck. But maybe it’s easier for men? Then again, we get paid less. Can you believe it? The only industry where we get paid less! Women get paid much more in this industry and have access to more opportunities. But I think we guys still have it pretty good.

Behind the scenes of a photo shoot featuring Brent Chua

What is the dream modeling contract or project for every male model?

It’s different for everyone. I think the dream modeling contract is the one that pays off your first apartment.

What do you think is the advantage of Filipino models?

I hear our greatest attribute is professionalism, so it feels good to be a Filipino.

What is a regular day like for you? What do you do to relax?

I make something easy to cook, check my email, and go to castings and modeling gigs. I’m really into photography so this takes up my free time, as well as chilling with great friends.

How do you stay fit? Which workout and diet do you prefer?

I occasionally play some sports and go to the gym. But I don’t do that whole diet thing; I eat whatever I want! You’ve got to enjoy life.

Your advice for aspiring international models?

Modeling can be an actual profession for some people but it sure isn’t all about looking good. It really seems to come down to your character and who you are. Expose yourself to as many things as you can. For example, there are so many forms of art to indulge in. Just get out there and experience all that you can. There’s so much to see and do and feel.

You might know him as the second participante eliminated from Pinoy Fear Factor: Argentina but you should know him as one of the select male Filipinos with Ford Models. He has shot a JCPenney TV commercial aired all over the US and an in-store video for Russell Simmons’ Argyle Culture played at Macy’s branches. This 25-year-old Filipino has also booked gigs for Cosmopolitan New York. Before he moved to NY, he was a familiar face in local TV commercials such as ones for Smart Communications, Mountain Dew and Nescafe. He won the Century Tuna SuperBod title in 2007. 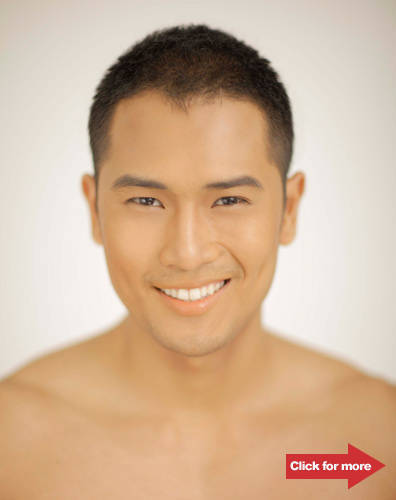 How did you get started?

During the beginning of my modeling career, many directors, photographers and fashion designers, such as director-producer Mr. Ariel Lozada, told me that I have the potential to be an international model. Then I met Direk Cata Figueroa, and he invited me to join Philippine Fashion Week. I was introduced to Joey Espino of CalCarrie’s International Models Management, and he encouraged me to do international modeling. He truly believed in my potential as a model.

CalCarrie’s Hong Kong, China and Singapore wanted to have me as a model too but during that time, I still had commitments in Philippine showbiz. Now I am here in New York.

How does it feel to be signed by Ford?

It really inspired me to do my best. It is challenging because we all know that most of the Filipina Ford models (Charo Ronquillo, Charlene Almarvez and Danica Magpantay) have already made their name in the New York modeling industry.

How is the modeling industry in New York different from Manila’s?

In general, what we have in the Philippines is almost the same as the one in New York. I have worked with the best people in the fashion industry during Philippine Fashion Week and I can say that they are at par with international personalities. Castings in New York, though, are brief. It normally lasts an hour or maybe half an hour, so you have to be there on time or you’ll miss it!

Is it harder for men to succeed in the modeling world? What unique challenges do you face?

I strongly feel that succeeding in this industry depends on the attitude and personality of a person regardless of his or her gender. I had a hard time adjusting to my new environment, but I was able to overcome this challenge and I learned to adjust to the culture and lifestyle. The most important thing I got from this trial is that I became closer to God.

The modeling industry is one of the few industries (if not the only one) where men are paid much less than women. What can you say about this?

It is true and I was aware of that even before I went to New York. It all depends on how a person believes in succeeding. It is also possible for male models to earn as much as female models. At the end of the day, it doesn’t matter how much we are earning; what does matter is how much we are saving.

What is the dream modeling contract, magazine cover and ad campaign coup for every male model?

It is important to have the best representation; a good modeling contract goes hand in hand with it. In the US, the best agencies for men are Ford Models New York and Wilhelmina. For magazine covers, it’s VMAN and L’uomo Vogue Italia. And for ad campaigns, it’s Calvin Klein and Dolce & Gabbana.

How do you stay fit?

I stick to high-protein meals. I also make it a point to go to the gym at least four to five times a week. As a model, it is a must for me to follow a strict diet to book more jobs.

You said in an interview that you were named after Sylvester Stallone and that your nickname was derived from Rambo. What characteristics of Stallone or the roles he has played do you think you have?

Hahaha! I have the traits of a fighter like Rocky Balboa or John Rambo. I know how to focus and I do my best to stay determined.

Your advice for aspiring international models?

Modeling is not purely glamour. It requires sacrifice, discipline and determination. If you really want to be successful in this industry, you should be positive all the time and learn to think the right way. Along the way you’ll meet people who will say that you can’t do this and that, but you should believe you can. 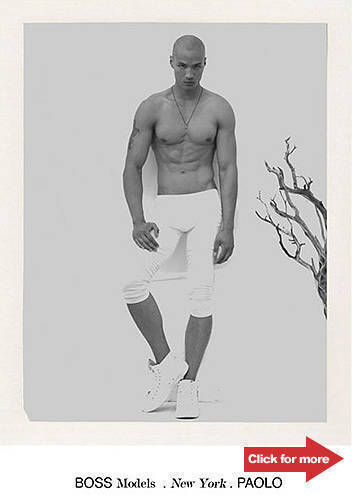 Paolo Roldan has become a global hit after just about a year in the modeling industry. Click for more photos.

You can’t say "Paolo Roldan" and not think of that bare-all French Vogue editorial that had the world talking last year. Before that "hilarious and nerve-wracking" shoot, he had already been booked for a fall Givenchy show-his debut-in Paris, walked for Givenchy women’s wear in the same city, and for Victor Glemaud and Perry Ellis in New York. All these, among others, after being in the business for just about a year.

One of the faces of Givenchy, Roldan was born and spent part of his childhood in Quezon City, grew up in Toronto, and currently lives in New York. His modeling career took off after a fortunate accident. In 2009, while working as a fashion buyer, he went to New York, where he caught the eye of Boss Models New York founder and owner David Bossman. After some test shots, the agency signed him.

Paolo Roldan at a go-see

This spring, the 25-year-old model will be the face of the Zipped Man fragrance from Perfumer’s Workshop. In the business for the long haul, he says he sees himself with his own clothing line or business in five years.

Asked what he thought was the worst thing about being a model, he told NYMag.com, "I’m a fashion junkie ... I get too attached to the clothes!" To keep fit, he said, "My diet for the past two years consists of a lot of chicken breasts, grilled steaks, greens, tuna, sweet potatoes and beans. At the peak of it, I was working out five to six times a week. It’s not that hard once you get into the routine of it. It becomes quite an addiction (in the best way!)."

When he’s not working, he’s with his family or his girlfriend’s family, he told NYMag.com. "When I’m not doing that, you’d probably find me at some random gym with my boys. I also have a passion for cooking and sketching clothes."

Because we can’t get enough of Filipino beauties in the global fashion arena, feast your eyes on these snapshots of Ford models Charlene Almarvez and Charo Ronquillo. 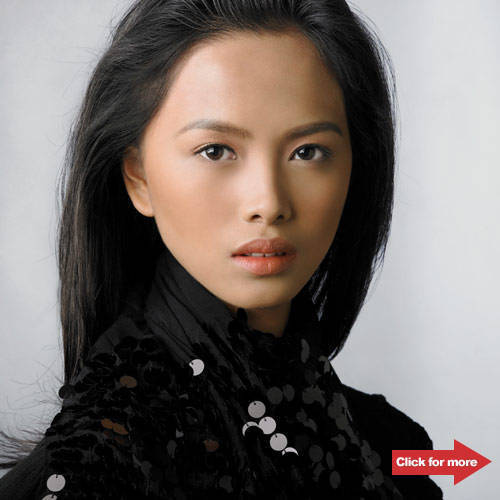 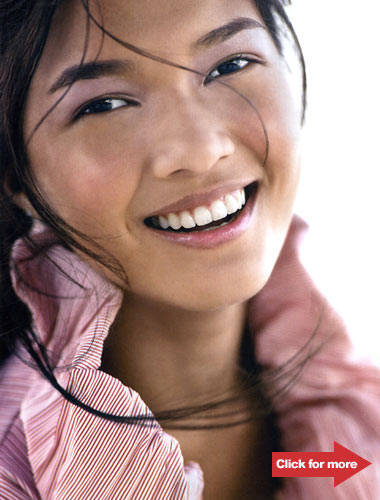 Brent Chua Filipinomodel Models Ramsagad Paoloroldan Charlene Almarvez Charoronquillo Models Filipinomodel
Your Guide to Thriving in This Strange New World
Staying
In? What to watch, what to eat, and where to shop from home
OR
Heading
Out? What you need to know to stay safe when heading out