Aga Muhlach, Angel Locsin, Jake Cuenca, Lea Salonga, Charlene Gonzales and more at the In the Name of Love premiere
Loading
Already a member? Log in
No account yet? Create Account
Spot.ph is your one-stop urban lifestyle guide to the best of Manila. 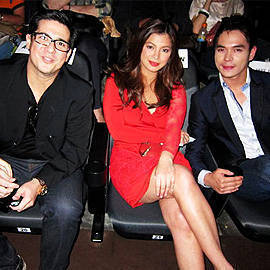 Aga Muhlach, Angel Locsin, Jake Cuenca, Lea Salonga, Charlene Gonzales and more at the In the Name of Love premiere

Spy on the star-studded movie premiere for Angel and Aga’s first team up. 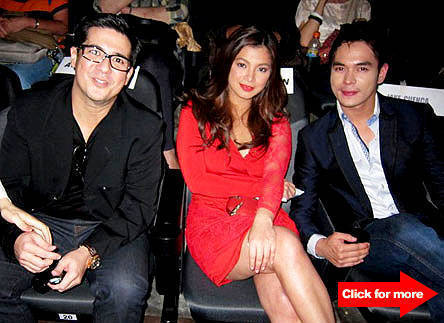 The cast of In the Name of Love: Aga Muhlach, Angel Locsin, and Jake Cuenca. Click for more.

In the movie, Locsin shows off her ballroom and pole dancing skills as she plays Cedes Fernandez, a woman engaged to the governor’s son (Jake Cuenca) who falls in love with a dance instructor (played by Muhlach).