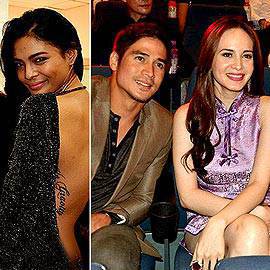 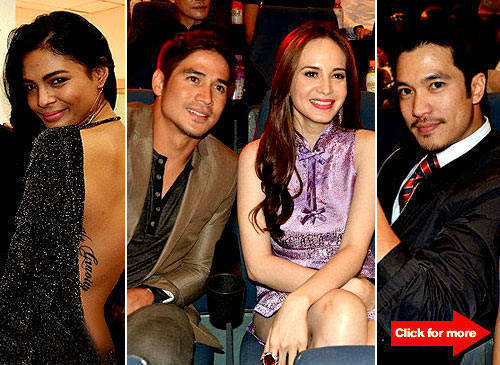 More stars at the Benchingko premiere. Click for more.

(SPOT.ph) For its 25th year, retail giant Bench is celebrating by going to the movies, literally. Benchingko Films, a play on the company’s name and the Filipino term for 25, was launched this year to produce 25 short films starring who else but its famous endorsers, and directed by the country’s top filmmakers.

In an article in Interaksyon, owner Ben Chan explains: "Movies are the backbone of Pinoy pop culture. Some are made to last forever. They make the foundation of a culture. They stay in people's minds and hearts. They become classics. It's the 25th anniversary of Bench, and this year we wanted to make something truly classic and ageless. So, we made these films."

Other endorsers who supported the first wave of the project included Diether Ocampo, Shaina Magdayao, Rocco Nacino, and Enchong Dee. Eric, Epi, Ronnie, and Zia Quizon were also present.  T-shirts with late comedian Dolphy Quizon’s caricature were sold at the premiere with the proceeds to be donated to the Pinoy Foundation.

Click on to the next page for a preview of some of the films.

Benchingko Benchpremiere Benchfilms Lovipoe Piolopascual 25anniversary Lucytorres Cocomartin
Your Guide to Thriving in This Strange New World
Staying
In? What to watch, what to eat, and where to shop from home
OR
Heading
Out? What you need to know to stay safe when heading out