Hot on Spot: Richard Yap a.k.a. Sir Chief of Be Careful With My Heart
Loading
Already a member? Log in
No account yet? Create Account
Spot.ph is your one-stop urban lifestyle guide to the best of Manila. 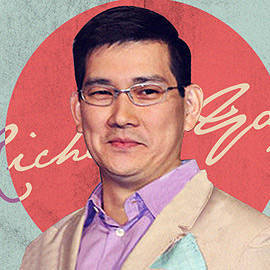 Hot on Spot: Richard Yap a.k.a. Sir Chief of Be Careful With My Heart 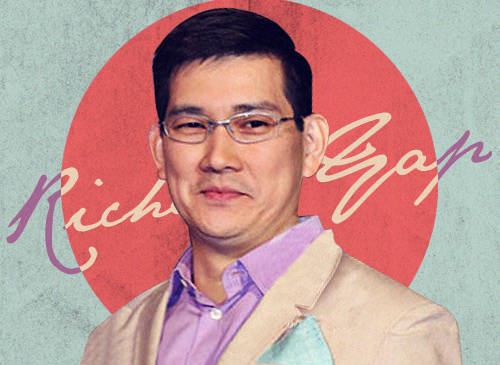 (SPOT.ph) It's not often that local television viewers are surprised by an unlikely heartthrob. Traditionally, Pinoys go for twentysomething or thirtysomething cuties who are preferrably single. That’s why it was such a surprise when women of all ages started declaring their love for showbiz newbie Richard Yap, who played actress Kim Chiu’s father in the primetime soap My Binondo Girl, which ran from August 2011 to January 2012. His fan base multiplied-and intensified-when the afternoon soap, Be Careful With My Heart started airing in July 2012. In fact, many of his fans now refer to him by his character’s name in Be Careful With My Heart, "Sir Chief."

Indeed, Richard's rise in showbiz is an interesting case study. We’ve listed some factoids that boost his charisma and set him apart from other Pinoy leading men.

He’s "ancient." By industry standards, Richard is much older than the average just-starting-out actor. Born on May 18, 1967, he was already 44 years old when he snagged his first role as the formidable "Papa Chen" in My Binondo Girl. Before his soap stint, he'd been employed for 22 years at a furniture company, where he was a division manager. Richard, however, says it’s just as well that he gained showbiz fame late in life. "Siguro if I was younger," he told PEP.ph in a January 2012  interview, "I wouldn't be able to handle this."

He plays to win. Prior to My Binondo Girl, Richard had starred in several commercials, the most popular of which was for Chowking in 2007. A classmate from college introduced Richard to the production manager for the said 2011 teleserye and that started it all. In another PEP.ph interview, Richard revealed that he had told himself, "Kung hindi na ako puwede sa show business, I can go back to business."

Richard Yap’s charm was already evident in this Chowking ad.

He’s a devoted husband. "My first priority talaga is my family," he told PEP.ph. He's been married to his wife Melody for 18 years. They have two kids, Ashley (16) and Dylan (9). And when asked how he handles temptations, this is what the man had to say: "At my age, I know better. I know you have to keep yourself away from these things. My wife is always with me so that helps...you have to think of your family."

He’s a sweet dad. He says his kids are very proud of him. "Minsan natatawa lang sila, pero I know they're proud of me. They hug me all the time," he revealed. He also pointed out that his personality isn't far from his stern My Binondo Girl character. "Seventy percent siguro," he tells the Philippine Daily Inquirer. He also says he's strict when it comes to his kids’ studies. Then again, his teenage daughter Ashley begs to differ, telling The Asian Journal: "Sobrang close (kami). But (he’s really) not as strict, not as masungit as Sir Chief. He's always there for us, makes time for us, and brings us along [on] trips."

He is very cool about his very hot status. Richard has been consistent in saying that show business is really just work. "I don't let it get to my head. For me, it's just work," he tells to Ricky Lo of The Philippine Star. In the March 2013 issue of Yes! magazine, Richard remarked, "Pumasok lang ako sa showbiz, naging guwapo na ako. I'm just on TV. ’Yon lang ’yon." 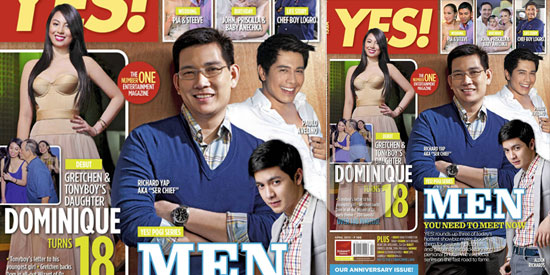 The businessman who grew up in Cebu is now one of the hottest leading men in the country.

He’s the real deal.
Many misconstrue his stiff demeanor and unsmiling face as being suplado and masungit, but that's him being true to himself. "I tried to be as ma-PR as possible pero hindi kasi ako ’yun," Richard explains. "I don't want to be plastic, na [maki-small talk] ’kamusta na kayo?’ It's not me, eh. I just want to be myself." In a separate interview, he also said, "I don't want to please people just so they would love me." Oh, but they love you already, Sir Chief!

He appreciates his fans. "Nakakatuwa eh, you make them happy. You make people happy. For me, kung ’yun lang ang magpapasaya sa mga tao, okay na sa kin ’yun... If you can make other people happy, it's a very satisfying job already," he tells PEP.ph.

He can sing...if he had to. He cannot dance, but he can sing-and was once cast for the lead role in a school play. "I was in the glee club in school," he reveals. His favorite song is "Hero" by Enrique Iglesias, which it seems, is his "default" song whenever he is asked to perform.

He takes care of himself. It’s easy to see why showbiz pundits have tagged Richard as "The Tsinoy Richard Gere." At 46, he looks like he’s in the best shape of his life. He used to work out regularly but his current busy schedule only allows him a few minutes for fitness each day. So, he makes those minutes count. He does about 15 minutes of dumbbells, push-ups, and crunches every day. He eats up to six light meals throughout the day, choosing chicken or fish. But, he confesses, he can’t resist the famous Cebu lechon.

He is a fan boy himself. When asked, Richard names Vilma Santos as one of the three actresses with whom he’d like to work. He gushes: "Na-sa-star-struck ako! Nagpa-picture talaga ako sa kanya." He adds that he would also like to work with Anne Curtis and Dawn Zulueta.

Richard Yap Papachen Sirchief Tv Becarefulwithmyheart Mybinondogirl
Your Guide to Thriving in This Strange New World
Staying
In? What to watch, what to eat, and where to shop from home
OR
Heading
Out? What you need to know to stay safe when heading out