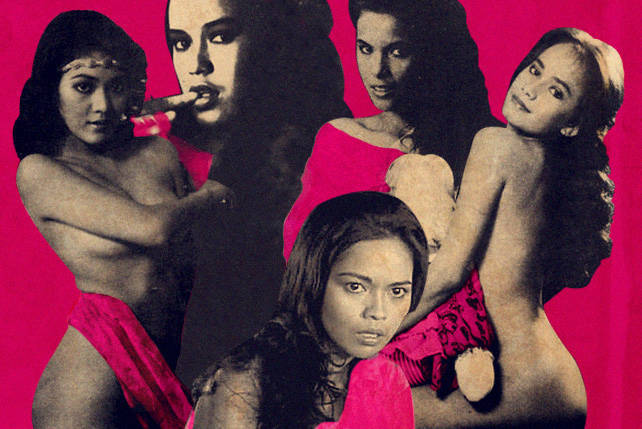 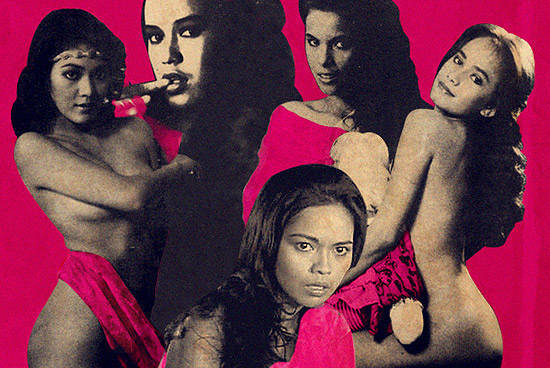 This article was originally published on July 28, 2010.

In the hope of shedding her bold star tag, Stella Strada showed off her acting chops in her last film Puri, where she played twins.

Bombshell stats: Her real name was Suzette Bishop. In 1983, she became Seiko Films’ prized sexpot when she starred in Kirot (1983). As the film outfit’s contract star, she went on to star in similar movies like Angkinin Mo Ako, Hanguin Mo Ako sa Putik, and Sex Education. Her Amerasian features and flawless body guaranteed her success as a celluloid siren.

Life after skin flicks: After her string of bold films, she became a born-again Christian. She wanted to be a serious actress. But when no movie offers came her way, she reportedly got depressed and was rumored to have resorted to drugs. In December 28, 1984, she committed suicide by hanging herself in her San Juan apartment. Her alleged confidant, Rene Mas, also committed suicide with her. According to a Times Journal article, she had written a suicide note: "Mommy, walang nagmamahal sa akin at walang nakakaintindi dito. Mahal ko kayong lahat. Isang bagay lang ang hinihiling ko. Pakisunog ninyo lahat ng gamit ko at walang ititira." She was only in her early 20’s when she took her own life. Ironically, she was given a posthumous FAMAS nomination for her last film, Puri.

Bombshell stats: Mary Jane Guck in real life, she was in college when she got into the movies. She was tagged as a bold star when she starred in White Slavery, a 1985 flick directed by Lino Brocka and written by Ricky Lee. She stood out from the pack because her body of work consisted of flesh flicks that had social relevance such as Private Show (about live sex performers) and Flesh Avenue (about the vicious cycle of prostitution). Her girlish figure and penetrating eyes were her trademarks.

Life after skin flicks: To her advantage, she’s always been one smart cookie. It goes without saying that she’s also a very talented actress. She got rid of the bold star tag by taking on roles in movies that strengthened and showed off her acting skills such as Itanong Mo sa Buwan (1988), which was directed by Chito Rono. She has won numerous acting awards and is a sought after character actress. Her latest TV stint was in an episode of GMA’s Magpakailanman. 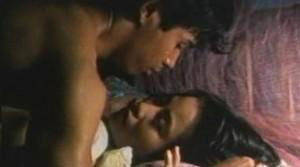 Bombshell stats: Internet sources have very little data on her. We don’t even know if her moniker was her real name. She started out as a bit player in the 1980 movie Dolphy’s Angels. But she became the talk of the town when she played the unfaithful wife in Peque Gallaga’s Scorpio Nights in 1985. She went all out in that movie with full frontal nudity and several mind-blowing sex scenes with her leading men, Orestes Ojeda and Daniel Fernando. Her comely face, cafe au lait complexion, and go-for-broke sexpot vibe attracted a lot of fans.

Life after skin flicks: She went on to star in films like Harot, Climax, and Unfaithful Wife. She proved that she could act in Takaw Tukso, where she had scenes with Jacklyn Jose. Her last movie was Hubad na Pangarap in 1987.

Bombshell stats: In real life, she was Delia Smith. We may as well call her the Traci Lords (who was a minor when she became a porn star in the US) of the Philippines. Paloma was only 14 when she became one of the "talents" of star builder Dr. Rey de la Cruz. She was around 15 when her first movie, Brown Emmanuelle (1981), came out. Her angelic face and fair skin were irresistible to her fans. Nobody raised a ruckus over the fact that she was still a minor so she went on to star in more flesh flicks like Naked Island, Snake Sisters, and Matukso Kaya ang Anghel? Then, in 1982, she charged some high profile comedians with rape--but the case was eventually dismissed.

Life after skin flicks: She committed suicide by hanging herself in May 1985. Her suicide note supposedly contained these words: "This is a crazy planets." (Other reports say she wrote, "It’s a crazy planets.") Her live-in boyfriend Jose S. Sanchez, a 25-year-old salesman, found her body. Showbiz pundits alleged that she killed herself because she was (among other things) constantly worried over her family’s growing expenses, as she was their breadwinner.

Sarsi Emanuelle was as daring as they come in Virgin Forest (1985).

Bombshell stats: According to Ethel Ramos in her Malaya column, this softdrink beauty’s real name is Maria Obregon Mitchell. She was reportedly discovered by star builder Dr. Rey de la Cruz when she was a student at St. Paul College in Makati. She first made a splash in showbiz when she starred in Boatman, a 1984 flick directed by Tikoy Aguiluz. In the said movie, she engaged in rather hardcore sex scenes with Ronnie Lazaro. Nevertheless, she received a Gawad Urian nomination as best actress for her performance. She went on to bare flesh in films like Virgin Forest, Bed Sins, and Laruang Putik. Her street-smart sexiness and her slim-but-shapely legs were her assets.

Life after skin flicks: After her last bold film, Nude City, in 1987, she took a break from showbiz. In 2003, she came back as a character actress via the ABS-CBN telenovela It Might Be You, which starred Bea Alonzo and John Lloyd Cruz.

Maria Isabel Lopez’ dusky good looks was a big hit in Red Roses for a Call Girl (a.k.a. Manila Tattoo).

Bombshell stats: She was crowned as Binibining Pilipinas-Universe in 1982. Though she was almost dethroned for "baring some skin" as a Girard Peter "model," she held on to her crown. She then got into the movies. At first, she played supporting roles in films like Working Girls (1983). Then, she upped the ante with skin flicks like Isla, Silip, Hubo sa Dilim, and Red Roses for a Call Girl (a.k.a. Manila Tattoo). Her doe eyes, dusky skin, and her supple body were her bold star assets.

Life after skin flicks: She is now a character actress, playing supporting roles in movies like La Visa Loca (2005) and the remake of Working Girls (2010). She and Japanese husband Hiroshi Yokohama also put up a surfing school and cafe in La Union in 1997.

Bombshell stats: Her real name was Thelma C. Maloloy-on. The film that established her as a bold star was 1983’s Shame. She went on to star in more flesh flicks like Magdalena Buong Magdamag, Uhaw sa Pag-ibig, and Sinner or Saint. She always looked provocative. She perfected the come-hither look and her lithe body seemed like it was built for sin.

Life after skin flicks: She was bent on transforming herself into a serious actress. In fact, she snagged a role in Lino Brocka’s Bayan Ko: Kapit sa Patalim. Unfortunately, she died in a car accident on February 10, 1984, before the movie finished shooting. They reportedly just killed off her character in the movie, too, and Carmi Martin was brought in to be Philip Salvador’s love interest.

Cristina Crisol was in her prime in Mababangis na Bulaklak (1986).

Life after skin flicks: After starring in Paano Maibabalik ang Nakaraan? in 1987, she disappeared from the limelight. Then, in 2008, she was featured in GMA-7’s Wish Ko Lang, a public service program. It was revealed that she was married to a construction worker. Her family was in need of financial assistance. 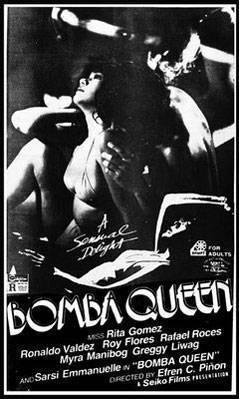 Bombshell stats: In real life, she was Gigi Zervoulakous. She showed off her Rubenesque sex appeal in movies like Silip (1985), Bomba Queen (1985), and Isang Kumot, Tatlong Unan (1986). Though she was not built like a nymphet, she nonetheless held men captive with her fair skin and lush assets.

Life after skin flicks: After the film, Night Swimming in 1987 (presumably her last), she disappeared from the limelight. Then, in 2005, entertainment reporter Butch Francisco revealed in his column: "Through prayers, Myra Manibog has gotten over her sad past life as a bold star. Today, she is a preacher and has found peace at last."

Bombshell stats: Her real name is Jennifer Cruz. Though she wasn’t a superstar, by any means, she was among the most visible bold actresses of her time. She starred in films like Makakating Hayop (1984), Naiibang Hayop (1984), and Hayop sa Sarap (1985). Her tongue-in-cheek sex appeal and Oriental features were her bold star tools.

Life after skin flicks: Her last film was 1987’s Diligin ng Suka ang Uhaw na Lumpia. She was in the news recently because she ran for mayor of Pola, Mindoro. Unfortunately, she lost and was even accused of stirring up political controversy.