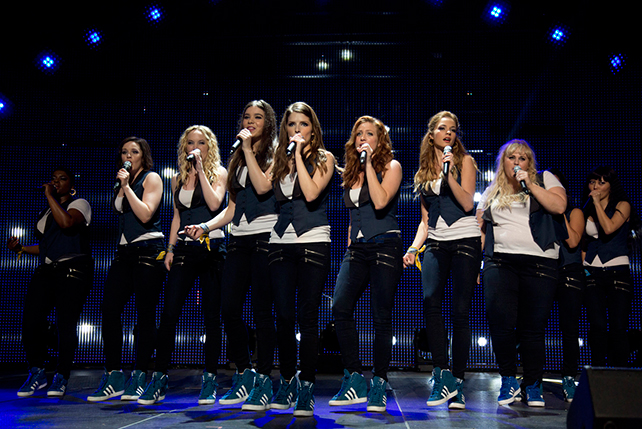 It doesn't make sense, but it doesn't have to.

(SPOT.ph) The Barden Bellas are back and Pitch Perfect 2 opens with the a capella group at the top their game…and then it all goes south. Way south and in commando. As in from simply being flashy, it becomes flashing. Catching the drift yet?

If you’re a fan of the dry and mostly awkward humor of the first film, buckle up because there’s more ignorance, racism, sexism, and endless amount of non-sequiturs from Flo (Chrissie Fit). Think of her as a constant reminder that white privilege is a thing and she’ll stop you from latching on from a few of the problematic parts of the film. Of course, Pitch Perfect 2 is enjoyable—even more enjoyable than the first—but to say that it’s "good" is a different thing. Certain segments could have been omitted, like that boot camp montage and about 15 seconds of a pillow fight between the girls in slow motion. It lacks focus and it takes an hour and a half to get to an actual issue. 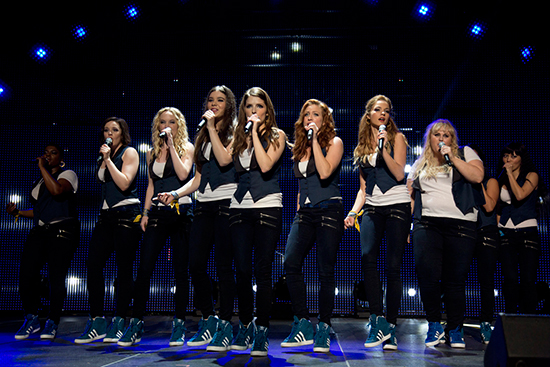 The Bellas, doing their thing 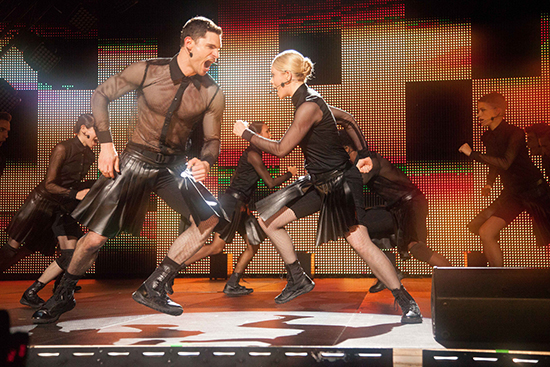 The German a capella group Das Sound Machine, who think the Bellas are just so cute. Like trolls.

Fortunately though, director Elizabeth Banks and writer Kay Cannon are self-aware, making most of the 115 minutes of the story fun and funny. Plus, it’s hard to name another excessively self-confident, unashamed, and unapologetic fat character in recent popular culture…who can turn down a man and think of fat as a description, not a political issue. She also says 100% "no" to someone then winks, so she’s not all that great—but still! Fat Amy (Rebel Wilson) and the rest of the Bellas are likable enough that the movie can cruise on her personality without doing much by way of plot or themes.

They’ll say something, they’ll sing, they’ll try really hard to be good at verbal beatdown and they will do their best to win the world championships. Keegan-Michael Key and Snoop Dog are there, the Green Bay Packers sing “Bootylicious” because that makes so much sense, and there are people whose jams are covers and they spit on originals. Plus, are John Mayer and Tina Turner dating?

All that nonsense will unfold in two hours (more or less) and if you’re not in the mood for films that run that long, killing the mood of your date, Pitch Perfect 2 is an excellent option for pairs who want to sit together for a long time, laughing at horrible people saying horrible things and/or general awkwardness.

Anna Kendrick Elizabeth Banks Pitch Perfect 2 Rebel Wilson
Your Guide to Thriving in This Strange New World
Staying
In? What to watch, what to eat, and where to shop from home
OR
Heading
Out? What you need to know to stay safe when heading out