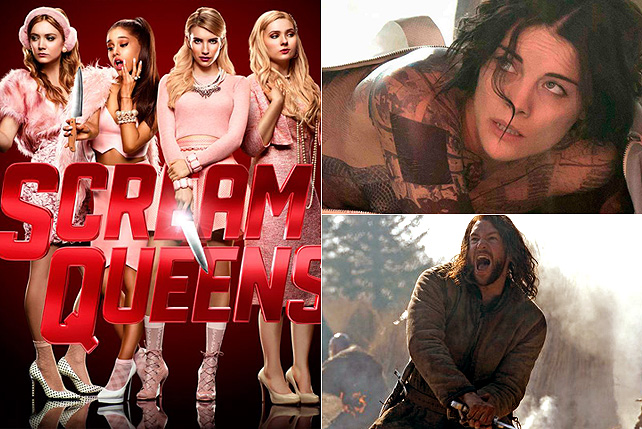 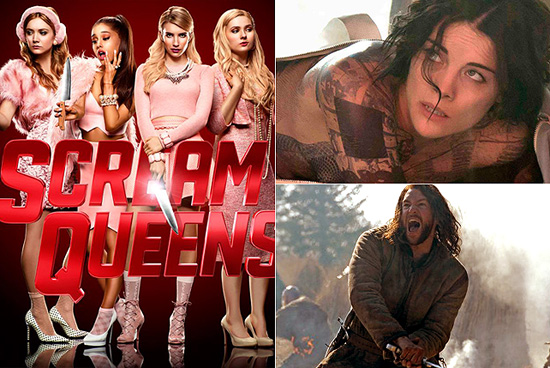 (SPOT.ph) It's almost September, which means TV fans have a lot of new shows to look forward to. GMA Network's Marimar reboot is set to premiere this month, while promising shows like Shonda Rhimes' The Catch and DC's Legends of Tomorrow and Lucifer are set to hit TV screens in January. We're already excited for this year's TV lineup and we round up the best ones you shouldn't miss.

A new drama-fantasy telenovela is slated to air this month. Albert Martinez plays a man who goes through two major losses in his life, before marrying a young woman (Yen Santos). A fatal gunshot wound gives him a second chance at youth and a do-over for his life. JM de Guzman will be playing the younger version of his character.

This ambitious period piece revolves around a knight in King Edward I's charge. When war takes its toll on him, he vows to quit and lay down his sword. Unfortunately, he must take on an even bloodier profession: becoming an executioner. Expectations are high for this one, considering it's from the creator of the critically acclaimed and now-completed series, Sons of Anarchy.

Fans of crime shows will love this new series from NBC. Thor's Jaimie Alexander is Jane Doe, a tattooed woman who has lost her memory and finds herself at the center of an FBI investigation after climbing out of a duffel bag in the middle of Times Square. The FBI discovers that each of her tattoos contains a clue to a crime they have to solve.

An adaptation of Tom Cruise's 2002 movie is coming to the small screen. The plot takes place 10 years after the events of the movie, after the Pre-Crime Unit (a law enforcement agency tasked to track down crimes before they happen) is shut down. Dash (Stark Sands), a former "precognitive" who is able to see into the future, secretly helps a police detective (Meagan Good) in preventing crimes—all while eluding those who want to exploit his abilities.

Glee and American Horror Story creator Ryan Murphy is back with a new show that marries horror, comedy, and mystery. After a 1995 sorority pledge results in a mysterious death, a college campus is rocked by a new series of murders at the 20th anniversary of the crime. The whodunit plot stars Jamie Lee Curtis, Emma Roberts, Lea Michele, and special guest stars Ariana Grande and Nick Jonas.

If you are one of the many people who felt the original 2006 series was gone too soon, rejoice! This miniseries takes on the same premise of ordinary people discovering they have special abilities. After terrorist attack hits Texas, the government places the blame on those with extraordinary powers, forcing them to go into hiding. Two vigilantes (Zachary Levi and Judith Shekoni) seek revenge. Expect heroes from the past series to make an appearance, too.

One of the most promising shows premiering this year is Quantico, starring a diverse cast that includes Priyanka Chopra, Jake McLaughlin, Tate Ellington, and Yasmine Al Masri. The thriller is a look into the lives of a group of young FBI recruits who arrive at the Quantico Base for training. They are the best, the brightest and the most vetted, but there's a catch. One of them is suspected of plotting the biggest attack on New York City since 9/11.

John Stamos plays Jimmy, a smooth and suave playboy who is forced to make a lifestyle change when his adult son, Gerald (Josh Peck) shows up at his doorstep with a baby daughter. The comedy also features Paget Brewster, Christina Milian, and Ravi Patel.

FPJ's memorable 1997 film, Ang Probinsyano, is getting the television treatment. The show stars Coco Martin as Kardo, a cop who assumes the identity of his twin brother, who was killed in a drug operation. He will be reuniting with his Minsan Lang Kita Iibigin co-star, Maja Salvador as his leading lady. Other members of the cast include Susan Roces (as his grandmother), Albert Martinez, Arjo Atayde, and Jaime Fabregas.

Tv Shows Tv
Your Guide to Thriving in This Strange New World
Staying
In? What to watch, what to eat, and where to shop from home
OR
Heading
Out? What you need to know to stay safe when heading out