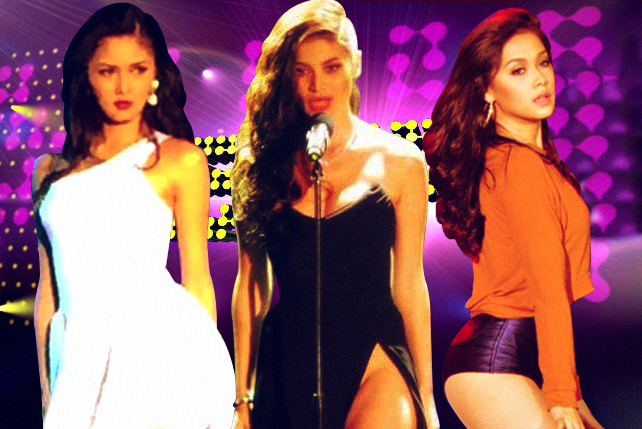 From wardrobe malfunctions to onstage gaffs 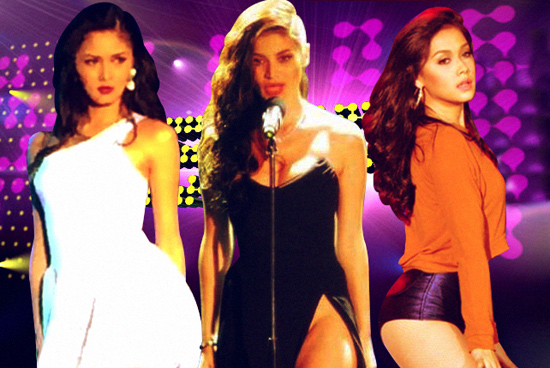 (SPOT.ph) After 20 years on air, you can safely call ASAP an institution in Pinoy TV. Since February 1995, All-Star Sunday Afternoon Party has been home to plenty of famous faces, showcasing memorable song and dance performances.

The show has also experimented with new formats, which more recently included skits, game shows, and karaoke numbers. Martin Nievera, one of the show's first hosts, took to Twitter to express his disappointment at the new format. Some formats worked, others didn't but one thing's for sure—they gave us plenty of unforgettable moments.

To those of us who grew up with Claudine Barretto on our TV screens, we all know she wasn't always the controversial celebrity of late. Back in 2003, her rather hilarious gaffe on live TV was probably the most outrageous we'd seen her. During the live broadcast of ASAP, she slipped down the stage and blurted out "Putang ina!" into her microphone. She quickly apologized after she uttered the cuss phrase, but that didn't stop the incident from becoming the talk of the town.

Anne Curtis and her missing underwear

Anne Curtis' vocal abilities are usually the subject of concern to many, but it was her outfit during the February 2013 airing of ASAP 18 that caused a stir. Her birthday performance involved her wearing a strapless, black dress with an unusually high slit. How high is high, you ask? Well, it was enough for everyone (including the MTRCB) to wonder if she was wearing any underwear. Anne explained that she wore a bodysuit underneath the dress and the MTRCB later dropped the probe on the issue.

We can't blame Iza Calzado for this on-air slip of the tongue. The actress spent most of her career as a homegrown talent of GMA Network, then moved to ABS-CBN in 2012. While hosting an ASAP segment in 2013, she accidentally addressed viewers as "Kapuso." She quickly realized what she said and laughed it off, while Piolo Pascual kissed her to cover up the mistake. Martin Nievera, meanwhile, stepped in to intervene, saying, "She meant full of heart!" After the show, Iza tweeted, "Pasensiya na po at nagkamali sa spiels! #palusot."

One of the most popular ASAP segments was Clash Dance, which skyrocketed the dancing careers of a number of sexy celebrities, including "Ravishing" Regine Tolentino. In 2003, Regine accused fellow dancer "Avenging" Angela Velez, who danced before she did, of intentionally spewing kerosene on the stage to sabotage her. This resulted in a dance that was as painful to Regine's behind as it was to viewers watching. Angela revealed that she spat kerosene because she was supposed to have a fire-themed entrance but her lighter didn't work. Later in 2013, the duo reunited with Vina Morales for another Clash Dance performance.

Just when you thought Regine's Clash Dance faux pas couldn't get any worse, wait until you see Kim Chiu's performance alongside Enchong Dee. Their ballroom dance number involved plenty of spinning and lifting, which only spelled disaster. Sure enough, Enchong accidentally kicked Kim behind the head while he was doing cartwheels. Then when he lifted her on his shoulders, he lost his balance and they both fell to the floor in a very, very awkward position.

The Hunks are born

ASAP has always been known to launch singing groups from performances that were a hit with audiences. (Think ASAP Champions, Kanto Boys, JCS band, and more.) One of the most notable groups is the aptly named The Hunks, composed of Diether Ocampo, Jericho Rosales, Carlos Agassi, Bernard Palanca, and Piolo Pascual. The singing and dancing group was formed in 2001 and were so popular that they were even given a sitcom called Bora: Sons of the Beach in 2005. The group reunited for a fully clothed performance in ASAP's 20th anniversary celebration...which thrilled their fans all the same.

Plenty of celebrities have joined the "Twerk It Like Miley" dance craze, but none were as notable as Maja Salvador's take. Although not everyone seemed to like it, her daring performance still went viral. (As of writing, the video has over 12 million views on YouTube). The number featured her onstage in skimpy shorts and twerking as Enrique Gil sang the hit song. Its success prompted another performance, plus other celebrities giving the dance a shot on the show, too.

Dayanara Torres as the Dancing Queen

Folks of the '90s will vividly remember Miss Universe 1993 Dayanara Torres as one of the first and main hosts of ASAP. In 1995, she was given her own segment called SayawNara, which showcased her dancing abilities. During the show's 20th anniversary episode, Maja Salvador, Shaina Magdayao, and Kim Chiu performed a "SayawNara throwback," dedicated to her and her popular segment.

Martin talks about his failed marriage with Pops

In May 1998, Martin Nievera tearfully announced he was leaving the show to sort his problems, which caused his then-wife, Pops Fernandez, to walk off the stage. He admitted that they were having marital problems (reportedly due to infidelity on his part). In one of the following episodes, Pops cried while she sang "I Wanna Know What Love Is." Martin eventually returned to the show in 2001.

Nina is best known for hitting incredibly high "whistle" notes, but in March 2015, her trademark whistle got her into a little trouble. She joined Kyla and Juris Fernandez for a peformance of Mariah Carey's "Vision of Love" during ASAP's 20th anniversary episode. Everything was going smoothly until the last moments of the song, when her sudden whistle notes clearly drowned the vocals of the other two singers. The note was so audible that some people have taken to calling it a "kettle register," because she supposedly sounded like a whistling kettle. In an interview, Nina denied trying to upstage her co-performers, saying that the part was already assigned to her and she was just "[giving] her all."

Asap Noontime Shows Abs Cbn
Your Guide to Thriving in This Strange New World
Staying
In? What to watch, what to eat, and where to shop from home
OR
Heading
Out? What you need to know to stay safe when heading out