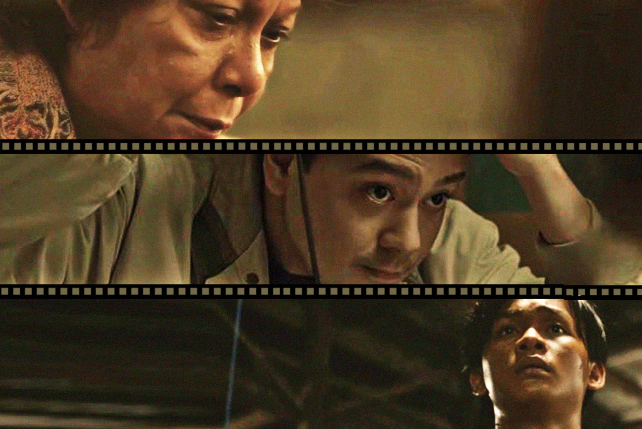 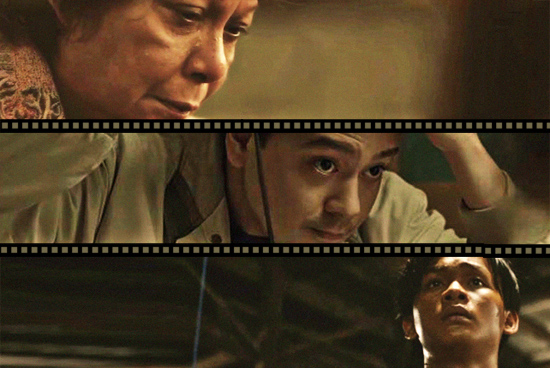 (SPOT.ph) Just when you were about to lose all hope, along comes Heneral Luna that suddenly revives your faith in Philippine cinema. (Fun fact: The movie is officially our entry to the 2016 Oscars!) Director Jerrold Tarog's historical biopic isn't alone. You'd be pleased to know that the Pinoy movie landscape isn't just mistress movies and unending fantasy sequels-slash-franchises.

Take these 10 recent Filipino films, for instance. They may not have been box-office gold, but they've garnered plenty of local and international recognition. Think of it as proof that our filmmakers can and will make great movies again.

Also read:
10 Classic MMFF Movies to Look Back On Before MMFF 2014
Top 10 Classic Filipino Films You Can Watch at Home
Around the Philippines in 10 Movies

Brillante Mendoza's gritty ensemble drama revolves around the intersecting lives of Typhoon Yolanda survivors, including Babeth (Nora Aunor), Renato (Lou Veloso), and Larry (Julio Diaz). Despite vividly portraying the aftermath of the storm, the film largely focuses on the emotional devastation upon the survivors. (Read our movie review for Taklub.)

International credits: Screened at the Un Certain Regard section of the 68th Cannes Film Festival, where it won the Ecumenical Jury Prize-Special Mention. Other screenings include the Gijon Film Festival in Spain and the upcoming British Film Institute's London Film Festival.

The film follows the tale of a married couple and their complicated friendship with a soldier during the '90s. The entire movie documents the harrowing events that all take place in one night, and unfolds in a single, uninterrupted sequence. It stars LJ Reyes, Anthony Falcon, and Luis Alandy.

Before he was widely known as Pacman, Emmanuel Pacquiao was just a young boy trying to survive. When he discovers his natural talent for boxing, he goes on an intense journey from the amateur circuits to the big city. The biographical drama stars Buboy Villar as the young Manny, alongside Alessandra de Rossi, Alex Medina, and Cesar Montano.

The movie that kickstarted the hugot craze also earned international recognition. Angelica Panganiban plays Mace, a heartbroken girl who meets Anthony (JM de Guzman) at the airport. The two form a friendship and set off on an impromptu adventure.

The drama was one of several entries in this year's Sinag Maynila Film Festival, where it swept all the major awards including Best Picture, Best Director, Best Actor, and Best Actress. Imbisibol stars Allen Dizon, Ces Quesada, and JM de Guzman as undocumented Filipino workers trying to support themselves as they evade authorities in Japan.

Lav Diaz's five-hour epic recounts the mysterious events that befall a small and remote village during the era of Ferdinand Marcos. The film won a handful of trophies from the 2015 Gawad Urian Awards, including Best Picture, Best Director, and Best Screenplay.

Written and directed by Pepe Diokno, the family drama revolves around the orphaned Andy (Ruru Madrid), who goes on a hiking trip with his estranged grandfather (Pepe Smith). Together, they embark on an emotional journey as they come to terms with their loss.

Technically, this psychological thriller debuted in September last year, but the film was also screened during this year's Cinemalaya Film Festival. Mara (Nora Aunor) is diagnosed with dementia and is brought home to their hometown in Batanes in the hopes of jogging her memory. But something is amiss; instead of just recalling familiar names and places, she starts having visions no one else sees.

A young father is torn between solving a crime and committing another when his only son is kidnapped and the criminals demand him to kidnap another child in exchange. The film, which was reportedly shot in a single take, stars Dionne Monsanto, Mon Confiado, and Matt Daclan.

Erik Matti's suspenseful Honor Thy Father may have only been shortlisted for this year's MMFF, but the film recently had its world premiere in the prestigious Toronto International Film Festival. The film stars John Lloyd Cruz and Meryll Soriano as a married couple in financial ruin, caught in a complicated Ponzi scheme.

Also read:
10 Classic MMFF Movies to Look Back On Before MMFF 2014
Top 10 Classic Filipino Films You Can Watch at Home
Around the Philippines in 10 Movies

Heneral Luna Pinoy Movies Above The Clouds Anino Sa Likod Ng Buwan Brillante Mendoza Dementia Erik Matti Honor Thy Father Imbisibol Jun Lana Kid Kulafu Lav Diaz Mula Sa Kung Ano Ang Noon Perci Intalan Swap Taklub That Thing Called Tadhana
Your Guide to Thriving in This Strange New World
Staying
In? What to watch, what to eat, and where to shop from home
OR
Heading
Out? What you need to know to stay safe when heading out