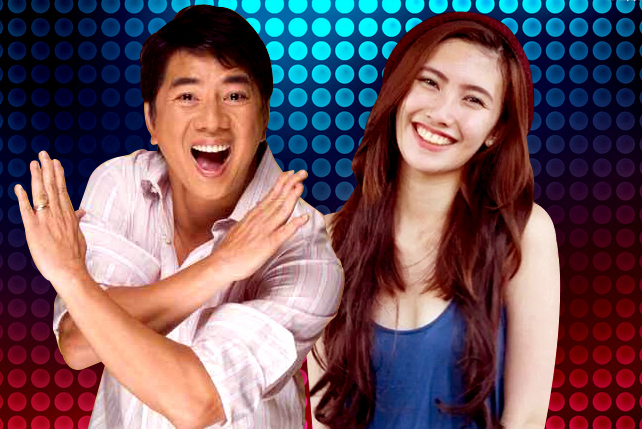 One thing's for sure: They made TV very interesting. 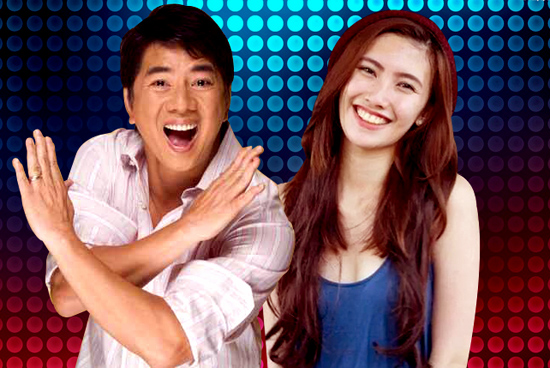 (SPOT.ph) When it comes to Pinoy showbiz, sometimes real life is far more entertaining than the telenovelas (and those can get really ridiculous). Controversy doesn't just erupt on showbiz talk shows; over the years, we've also watched plenty of drama and juicy gossip unfold on variety shows. We relive some of the most controversial and unforgettable moments from local TV shows.

The public service show got into hot water in 2012 after brothers Ben, Raffy, and Edwin Tulfo aired their disgust over the beating of their brother, Mon. The brothers threatened Claudine Barretto and Raymart Santiago, after the latter two were involved in a very public (and viral) brawl with Mon at the airport. The reason? Mon reportedly took photos of Claudine berating a Cebu Pacific ground stewardess. The brothers' vengeful and expletive-filled rant led to their suspension as well as a legal battle between the two parties.

The segment: "Willie of Fortune" on Wowowee

Willie Revillame's name is practically synonymous to controversy. His show, Wowowee has seen plenty of backlash, including the Hello Pappy scandal (where the "Wilyonaryo" segment was accused of being rigged). In August 2009, he lamented at how the funeral of former President Cory Aquino was being simultaneously broadcast along with his show, saying, "Nagsasalita, ipinapakita 'yong kabaong ni Tita Cory, hindi ba? Papano kami makapagsasaya, nahihirapan kami? [...] Pagkatapos ng show, ipakita n'yo ang gusto n'yong palabas." Plenty of people didn't take his comments lightly, but he and ABS-CBN countered that his statement was meant to give respect to the late president.

The alleged pimping of Pastillas Girl

The segment: "Nasaan Ka, Mr. Pastillas?" on It's Showtime

It's Showtime's new segment dedicated to the viral Pastillas Girl was introduced to rival Eat Bulaga's successful Kalyeserye segment with AlDub. The segment features Pastillas Girl's quest to find a potential boyfriend by setting her up on blind dates or bringing in her ex-boyfriend for a confrontation on national TV. Unfortunately, a lot of people didn't take to the change lightly, demanding the old format back and even going as far as accusing the show of pimping her to suitors (which her mother denied). A complaint filed by Gabriela quickly led to MTRCB summoning It's Showtime executives. The case has since been settled.

In May 2015, Eat Bulaga was criticized over advice given by hosts of the "Problem Solving" segment. A gay man asked the hosts how he could prevent his children from being discriminated against for having a gay father. Jose Manalo advised him to change how he dresses, saying, "Ang solusyon ay ikaw. [...] Magagawa mo ba na hindi ka na maggaganyan ng hitsura? Pero beki ka pa rin." Meanwhile, Sen. Tito Sotto told him, "Sa madaling-salita, ibalik sa closet." This immediately sparked outrage from the LGBT community, including an open letter from a single lesbian mom, who wrote, "I feel sad for the guy for trusting you with what he is going through only to be treated that way."

The segment: A performance on SOP

Even this musical variety show wasn't spared from intrigue. In 2007, a performance by Regine Velasquez went viral when she sang the wrong lyrics to Beyonce's "Listen." (Think lyrics like "I am the dog who leave you.") After her messy rendition, she abruptly walked off the stage and left the studio. According to reports, Regine was upset at SOP staff because they were blocking the teleprompter during her performance.

Years after his controversial stint on ABS-CBN, Willie Revillame once again made headlines...this time, in his TV5 variety show, Willing Willie. In March 2011, an episode featured a six-year-old boy named Jan-Jan, who performed a "macho dance" for the live audience. Willie allegedly forced him to repeat the dance at least five times, despite the latter having tears in his eyes. In the end, he gave Jan-Jan P10,000 as cash prize. The episode elicited furious reactions from personalities in showbiz and government, with news coverage even spreading internationally.

The segment: An opening number on Party Pilipinas

In January 2013, the MTRCB received multiple complaints due to an opening dance number between Lovi Poe and Rocco Nacino. The "sexually charged dance" involved the two "simulating" sex on a propped-up bed, and while suspended by a harness over the stage. The MTRCB placed the show on a six-month probation and forced them to issue a public apology.

The segment: "Clash Dance" on ASAP

"Clash Dance" was one of ASAP's most popular segments, launching the dancing careers of a number of sexy celebrities, including Regine Tolentino. In 2003, Regine accused fellow dancer Angela Velez, who performed before she did, of intentionally spewing kerosene on the stage as sabotage. This resulted in a dance that was as painful to Regine's behind as it was to viewers watching. Angela revealed that she spat out the kerosene because she was supposed to have a fire-themed entrance but her lighter malfunctioned.

The segment: It's Showtime competition series

Controversial Controversial Segment Pinoy Tv Shows Tv Shows
Your Guide to Thriving in This Strange New World
Staying
In? What to watch, what to eat, and where to shop from home
OR
Heading
Out? What you need to know to stay safe when heading out