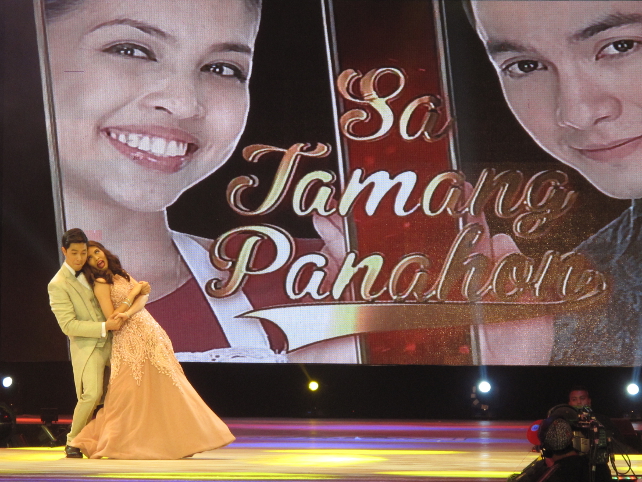 Over 50,000 people cheered as Alden Richards and Maine Mendoza performed together for the first time. 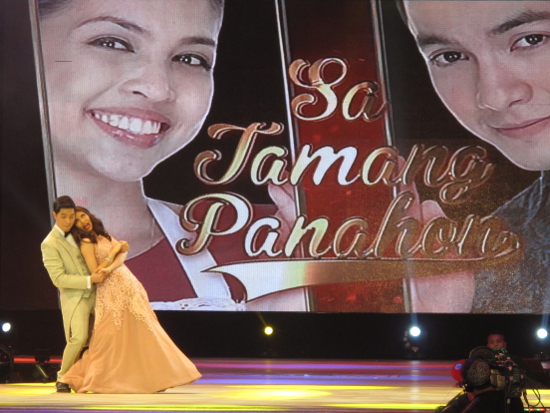 (SPOT.ph) Dubbed as one of the biggest events that noontime variety show Eat Bulaga has put out in its esteemed 36-year history, Sa Tamang Panahon would be the first time that Alden Richards and Maine Mendoza, a.k.a. Yaya Dub, stepped onto a stage together in front of a live audience—it just so happened this crowd would be made up of over 50,000 fans screaming their lungs out in the world's largest indoor arena, the Philippine Arena, not to mention the millions of people watching all over the world. Eat Bulaga made sure every person who wanted to could witness this event on October 24, Saturday at 11:30 a.m. local time, setting up viewing parties in barangays all over the Philippines, a livestream on YouTube, and live TV airings in the U.S., Canada, Japan, Australia, the U.K., and more. 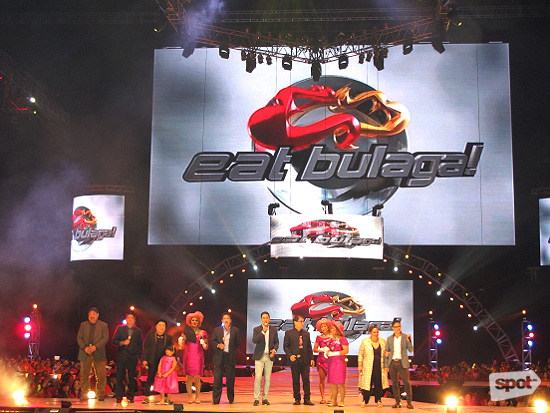 One could feel the excitement and the anxiousness backstage before the event began. Eat Bulaga had been rehearsing for two days for the event, but nothing would be like the moment they stepped out in front of one of the largest crowds ever. As Bulaga's big bosses and creative heads were going through a final check, Wally Bayola, Paolo Ballesteros, and Jose Manalo, who play Lolas Nidora, Tidora, and Tinidora respectively in Bulaga's “Kalyeserye” segment where AlDub was born, were getting their makeup done, while Tito Sotto, Vic Sotto, Joey de Leon, Allan K., and the rest of the EB Dabarkads prepared for the clock to strike 11:30. The Philippine Arena was packed right up to the very last row, and over the next three hours, they would be part of one of the biggest events on Philippine television. 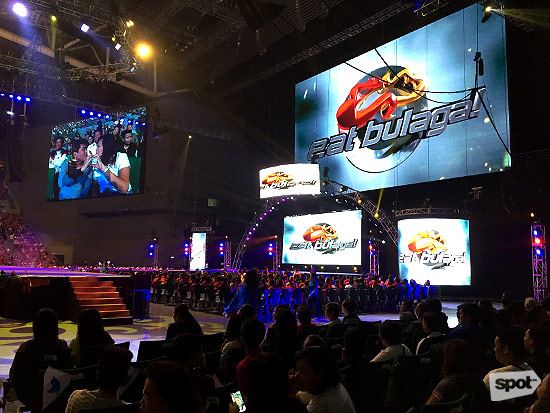 Doors opened at 6 a.m., and for those who were there before 11:30, fans were treated to comedy routines, live games with the audience, and a Kalyeserye marathon. 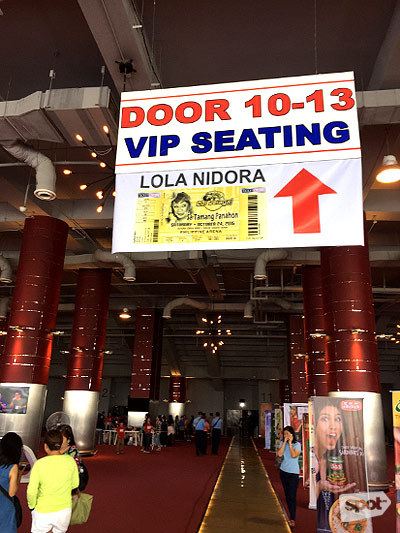 Doors were marked with either Alden, Yaya Dub, or Lola's face, while the show's sponsors, including McDonald's, 555 Sardines, BDO, and more lined the entrances. 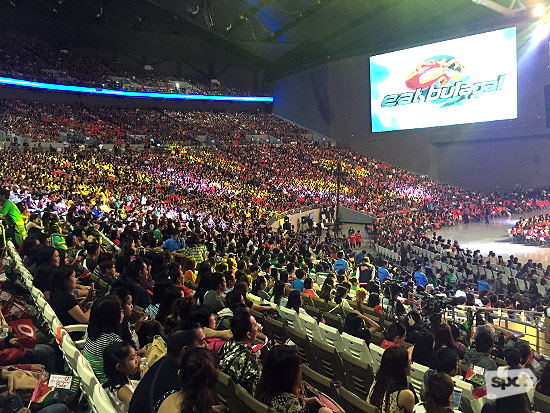 The Philippine Arena, which has a 55,000 seating capacity, was packed to the last row. 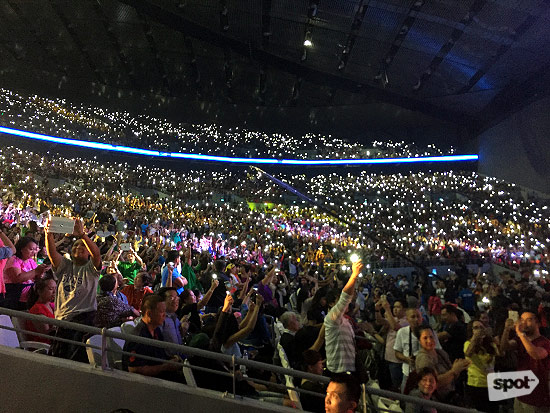 Lights up! Eat Bulaga announced that it was to have no commercial breaks, making the show feel more like a concert, especially with people lighting up the place like so. 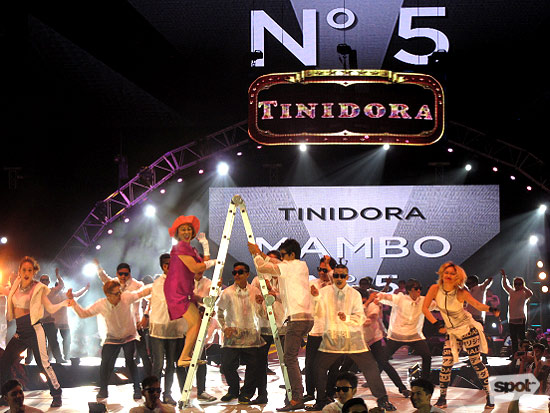 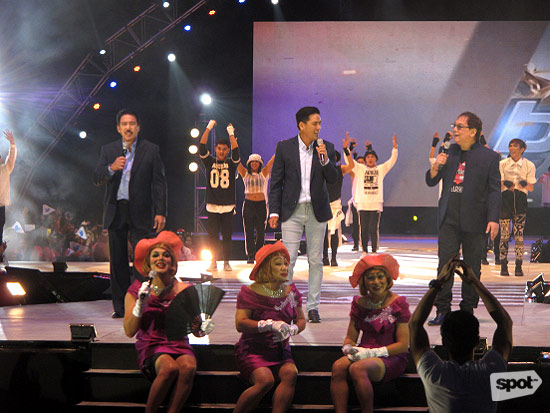 Lola Nidora, Lola Tidora, and Lola Tinidora opened the show with Tito, Vic, and Joey and the EB hosts in a big way, with hundreds of dancers and several college pep squads. 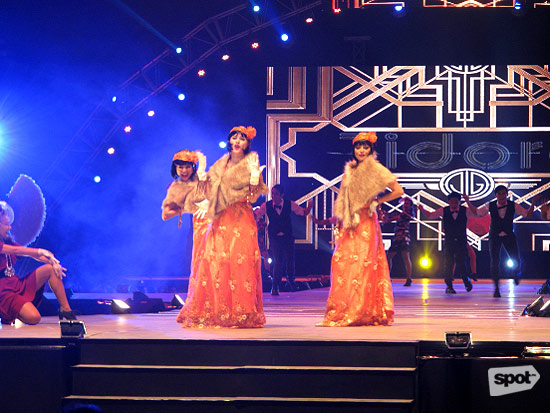 Julia Clarete, Pauleen Luna, and Patricia Tumulak performed as younger versions of the Lolas in a Gatsby-inspired number. 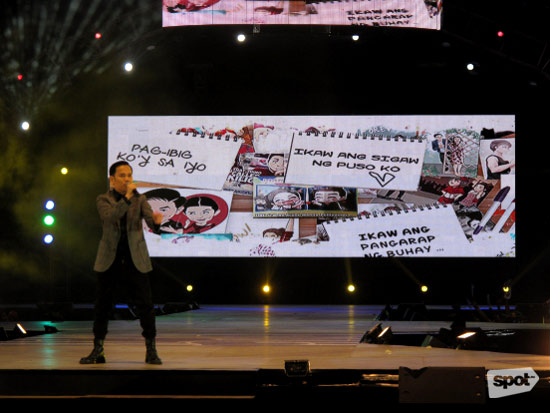 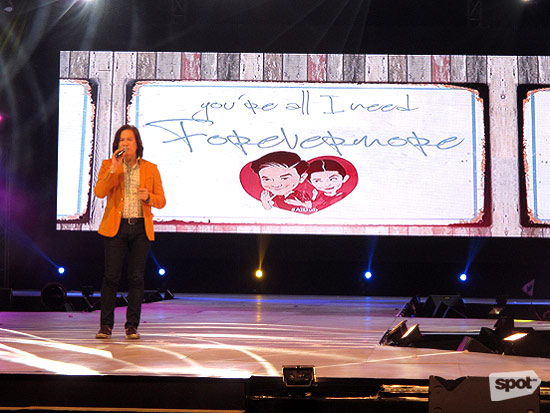 Singers whose songs were used in the Kalyeserye segment performed them live, including Medwin Marfil and Joey Generoso. 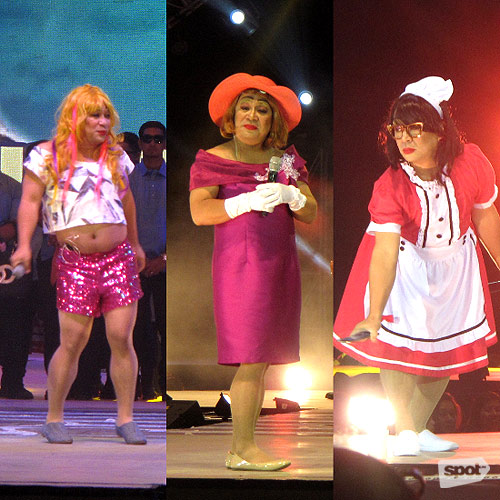 Wally Bayola received huge applause for his stand-up routine that featured several of his Kalyeserye characters. 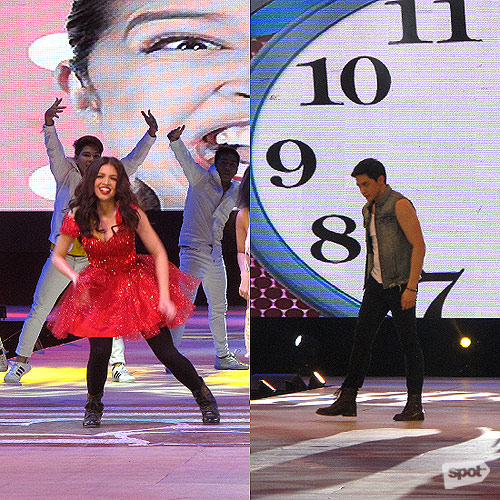 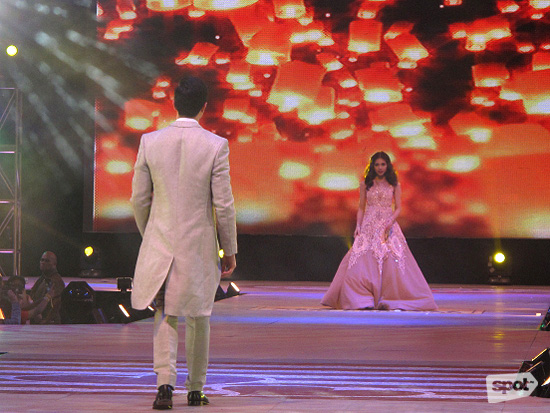 The big moment! After three months of split-screens and near-touches, Maine “Yaya Dub” Mendoza and Alden Richards stood on the same stage in front of a live crowd. 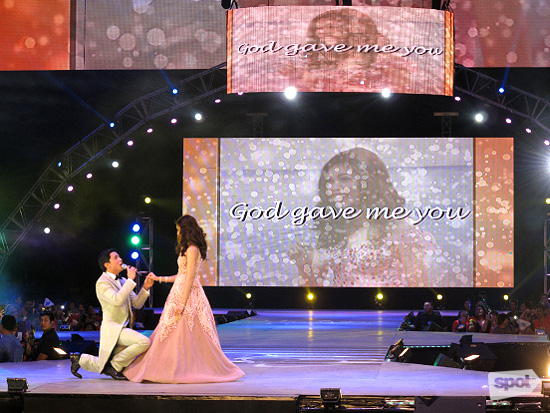 The pair sang the song “God Gave Me You” to each other, prompting the loudest screams from the audience. 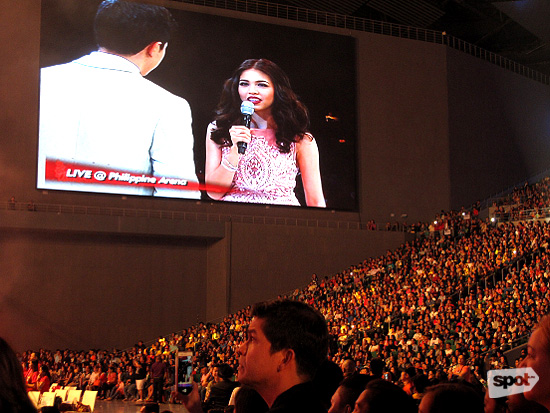 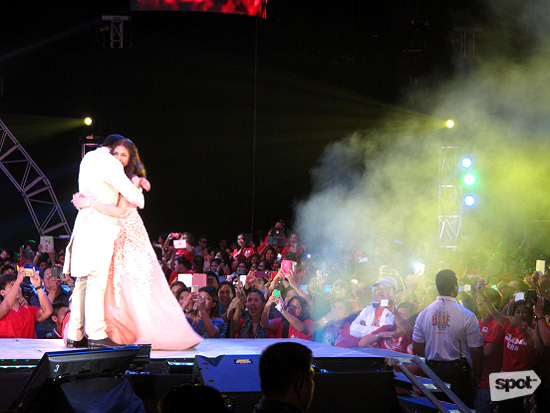 AlDub Fever: The pair fought back tears as they shared a hug, a dance, and gave heartfelt messages to each other and to the AlDub Nation.

As Sa Tamang Panahon came to a close, the hosts and the crew of Eat Bulaga went through the curtain to the waiting area, and everyone backstage applauded them. It was a touching moment as all proceeded to congratulate the cast and crew, now including Alden and Maine together, for an incredibly successful show that not only entertained millions of people, but also raised over 14 million pesos to build libraries in schools all over the Philippines and to help people affected by Typhoon Lando. During the show, Twitter executives sent a video congratulating EB and AlDub for their record-breaking tweets, and Sa Tamang Panahon once again broke the show's previous record, amassing over 30 million tweets for the hashtag #ALDubEBTamangPanahon by Saturday evening. This truly memorable event is said to just be the beginning of more things to come from Eat Bulaga's Kalyeserye segment and of course, the pairing of Alden Richards and Maine Mendoza.

Alden Richards Aldub Eat Bulaga Kalyeserye Maine Mendoza
Your Guide to Thriving in This Strange New World
Staying
In? What to watch, what to eat, and where to shop from home
OR
Heading
Out? What you need to know to stay safe when heading out