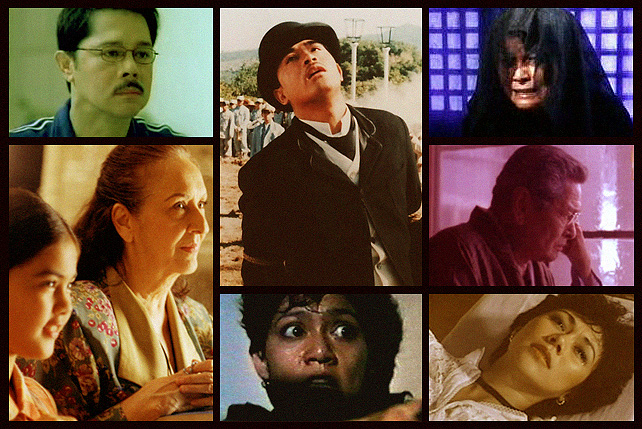 Take a trip down memory lane before MMFF 2015. 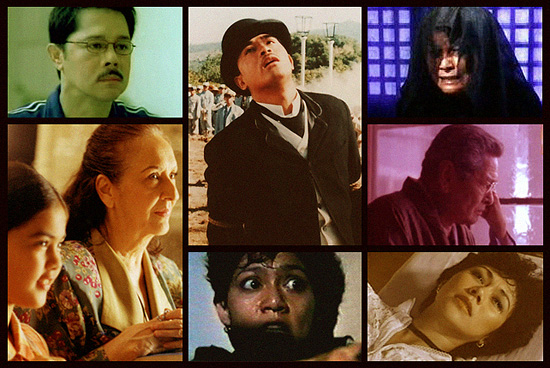 (SPOT.ph) There was once a glorious time when the Metro Manila Film Festival wasn’t full of unnecessary sequels and cringe-worthy comedies. In its long, 41-year history, the MMFF has actually produced plenty of cinematic gems that make the weeks between December 25 and January an exciting time for Filipino moviegoers. Here are 10 classic MMFF entries that serve as reminders that Pinoy cinema has always been great—and there’s still hope that it can be even better.

Although the film was largely bested by Eddie Romero's Ganito Kami Noon, Paano Kayo Ngayon and Lino Brocka's Insiang in the festival's major categories, this film still earned its lead star, Nora Aunor, plenty of praise. It also took home multiple major awards from the FAMAS Awards and Gawad Urian Awards. Aunor plays Cora, a nurse whose dreams of living in the U.S. are shattered after her brother is shot dead by an American soldier stationed in the country. The film, which is intended to criticize the presence of American military in the Philippines, also gave us the immortal movie line: "My brother is not a pig!"

Esther (Nora Aunor) and Luis (Raul Aragon) are a married couple whose relationship is tested when they struggle to conceive a child. They both live with Esther's mother, Renata (Lolita Rodriguez), who often acts as a mediator between them. A heated argument between mother and daughter results in an affair between Renata and Luis, and later, a pregnancy that tears the entire family apart. The film swept all the major awards, including a tie for Best Actress between Aunor and Rodriguez. 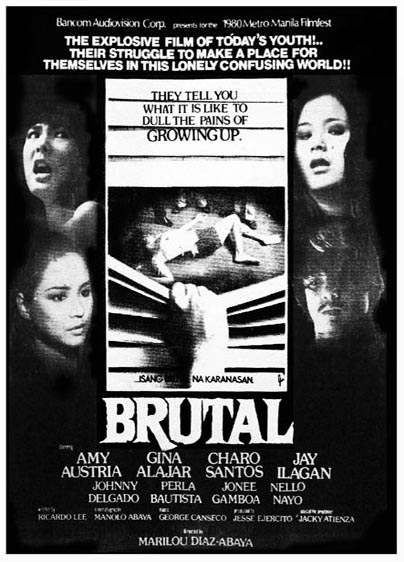 A woman (Amy Austria) makes headlines after she murders her husband and his two friends, but in her post-traumatic shock, she is unable to communicate with anyone. Her case draws the attention of a journalist (Charo Santos) with feminist ideals, who digs into the former's past to uncover the truth behind the murder. The gritty film, which was one of Diaz-Abaya's first projects, cemented her place as a formidable director in Pinoy cinema.

One of the most memorable MMFF entries ever was Mike de Leon's Kisapmata, which dealt with strong themes such as incest, suicide, and murder. The intense, psychological drama also took home multiple awards at the FAMAS Awards and was screened at the Cannes Film Festival in 1982. In the film, Vic Silayan plays Dadong, a retired police officer who has an unusually overbearing relationship with his daughter, Milagros (Charo Santos). He deviously devises ways to keep her and her new husband, Noel (Jay Ilagan), under his roof...thanks to a chilling and horrifying family secret.

These days, the concept of fate and past lives might seem overused, by don't discount this MMFF classic just yet! A woman named Sarah (Vilma Santos) postpones her wedding after she is raped by Eric (Ronaldo Valdez) and ruins her relationship with Alfredo (Tommy Abuel). It turns out that Eric and Sarah knew each other in a past life; they were once Enrico and Guada, respectively—illicit lovers who were murdered by the latter's husband, Limbo. The question is: Who is Limbo in the present time? Was he reincarnated as the sadistic Alfredo or the pathologically jealous wife of Eric (Chanda Romero)? 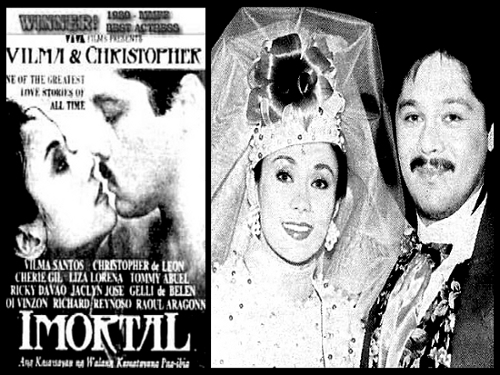 It's no surprise that Eddie Garcia's 1989 film racked up over 10 awards during the MMFF in 1989. The plot spans three generations, and primarily revolves around the characters of Vilma Santos and Christopher de Leon, who fall in love despite hailing from different social backgrounds. Both Vilma and Christopher play the three sets of characters throughout each generation, which earned them multiple acting awards and nominations from the MMFF, FAMAS, and Gawad Urian.

This macabre crime drama was mostly bested by Joel Lamangan's Muling Umawit Ang Puso (critics didn't take its sensitive content lightly), but it swept most of the major awards from other award-giving bodies. Dahas tells the story of Luisa (Maricel Soriano), who is raped by an unknown assailant (Tonton Gutierrez) just days before her wedding to Jake (Richard Gomez). When Jake discovers that Luisa is no longer chaste, he begins to physically abuse his new wife. This leads Luisa to retaliate in a violent and chilling way.

Yes, the Cesar Montano-starrer that many of us grew up watching in Philippine History class was actually an MMFF entry. This historical biopic on the national hero was widely met with critical acclaim, both locally and internationally. In fact, Jose Rizal was a clean sweep at the MMFFs, save for the Best Supporting Actress award that went to Alice Dixson for Sambahin ang Ngalan Mo.

Amid the usual MMFF elements of Shake, Rattle & Roll, Mano Po, and Enteng Kabisote, Joel Lamangan's period film emerged victorious and took home the coveted Best Picture award. Eddie Garcia plays Manuel, a man on his deathbed whose only wish is to find the love of his life, Corazon. It turns out that there were two Corazons in his life (Jennylyn Mercado and Pauleen Luna), and the audience—through the clever use of flashbacks—is left guessing which Corazon he ends up falling for. The film also stars Mark Herras as the younger Manuel, Boots Anson-Roa as the older Corazon, Christopher de Leon as Manuel's reluctant and bitter son, and Dennis Trillo as his grandson.

Pinoy Movies Metro Manila Film Festival Mmff
Your Guide to Thriving in This Strange New World
Staying
In? What to watch, what to eat, and where to shop from home
OR
Heading
Out? What you need to know to stay safe when heading out