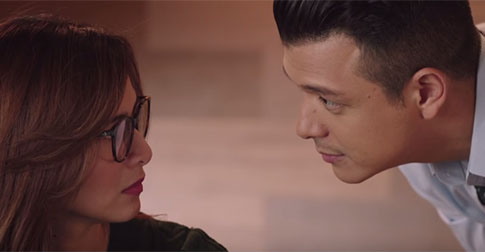 (SPOT.ph) Despite the controversy surrounding the disqualification of Erik Matti's Honor Thy Father from the MMFF Best Picture race, the awarding ceremony still continued as planned on December 27.

During the event, Walang Forever director Dan Villegas and All You Need is Pag-Ibig director Antoinette Jadaone encouraged the audience to support the MMFF, particularly Honor Thy Father. "Napanood ko po siya and I highly recommend it," he said.

The disqualification wasn't the only controversy that plagued the festival this year. There were earlier allegations of "ticket swapping," after a Twitter user claimed her ticket for My Bebe Love was swapped with a ticket for Beauty and the Bestie (starring Vice Ganda and Coco Martin). The former's director, Joey Javier Reyes, confirmed the incident.

Meanwhile, the MMFF has released statements on both issues—they denied the ticket swapping and said that they "could have imposed stiffer sanctions" to Honor Thy Father.