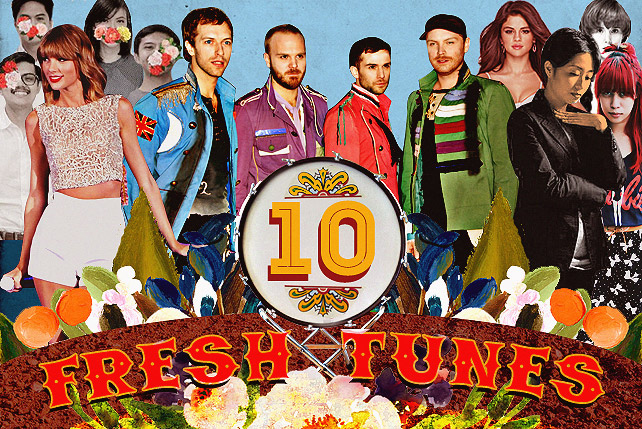 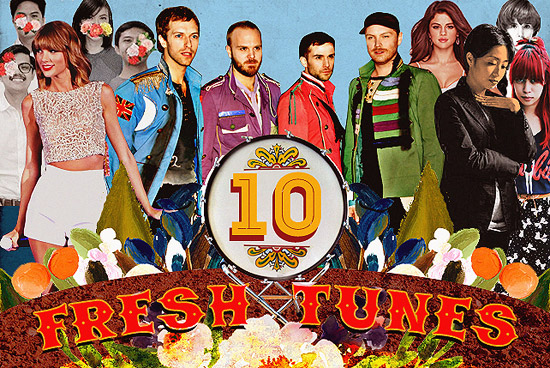 Song: "Out of the Woods"

Tay-Tay just released the music video for "Out of the Woods." The pop superstar battles nature's forces in the cinematic four-minute vid. Although there's nothing in the vocals to blow you away, the track is catchy enough to get stuck in your head for days.

Fun fact: The song is considered by many to be about Swift's ex-boyfriend, Harry Styles.

Armi Millare's rework of the Sampaguita original retains the poignant message of the classic OPM tune while adding her own touch to it. The track does nothing but move the listener. Maybe it's the delicate vocals, or the poetic lyrics, or the stripped down arrangement—whichever it is, we can't deny the emotional impact of this version.

Fun fact: Millare's version of "Tao" is the official soundtrack of Honor Thy Father.

It looks like British band Coldplay is continuing in their dance-y direction. Following their jungle dance party ditty "Adventure of a Lifetime" is the equally energetic and rather psychedelic "Birds." It sounds like a pretty good anthem for the coming summer.

Fun fact: The grainy yet colorful video was directed by Marcus Haney and was shot at Salvation Mountain in California.

The indie-folk and post-rock quarter is venturing into darker territory with their single, "Withering," off their EP Underneath the Roots. Isabelle Romualdez's vocals take center stage, backed by a beautifully haunting arrangement. At almost six minutes, we still can't get enough of this track.

Song: "Hands to Myself"

The pop songstress' latest single is an LSS-inducing, sexy composition. Gomez knows she's no belter, and this awareness allows her to stick to what she can do best: irresistible melodies with cute-sexy vocals.

Fun fact: "Hands to Myself" is off Gomez's new album, Revival, out now.

Wordsmiths will love all-around artist Reese Lansangan's "Grammar Nazi." The indie-pop, folk single is an adorable ode to good grammar and points out our pet peeves like "stuffs" and "furnitures."

Fun fact: Lansangan has been performing the song for a while now, but it's been formally released in her debut album, Arigato, Internet.

"heartsigh," for the first few seconds, sounds like staple ad music, but quickly escalates to a hypnotic electro masterpiece. We're addicted to this sonic composition with pulsating synths and ethereal vocals.

"Bawat Daan," the title track off Dancel's latest album under Star Music, is another delightful serenade. We can always rely on Dancel to deliver heartfelt music with his signature soaring vocals.

Fun fact: "Bawat Daan" is part of the official soundtrack of the MMFF film Walang Forever.

"Cheap Thrills" was originally written for Rihanna, but we can't be any happier with Sia's delivery. There's a tropical feel to the party song, but the vocals really stand out here. Whether it's an explosive ballad or a chill track, Sia's voice wows.

Artist: Read Between the Lions

The indie rock band's single is so easy to love not just because it's radio friendly, but also because it's evocative and nostalgic of the '90s. The guitars add a lot of energy to the subdued vocals.

10 Tunes New Music Playlist
Your Guide to Thriving in This Strange New World
Staying
In? What to watch, what to eat, and where to shop from home
OR
Heading
Out? What you need to know to stay safe when heading out