Meet the two Pinoy fans who were lucky enough to dance with Madonna onstage
Loading
Already a member? Log in
No account yet? Create Account
Spot.ph is your one-stop urban lifestyle guide to the best of Manila. 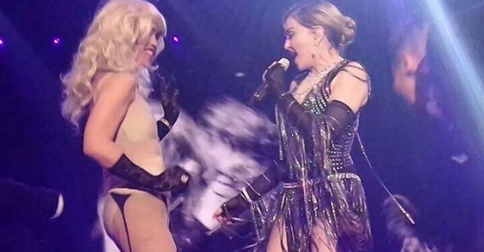 These two Unapologetic Bitches share their once-in-a-lifetime experience with the Queen.

(SPOT.ph) For many Pinoy fans, the possibility of seeing Madonna live and in person was slim to none; after all, no one courted controversy more than the Queen of Pop. So it was a dream come true for fans when she finally took the SM Mall of Asia Arena stage on February 24 and 25, and gave everyone a night to remember.

Two fans were especially lucky, like stylist Shahani Gania, who joined the Queen onstage during her first show. In a Facebook post, Shahani explained how he went from Upper Box seats to the much-coveted spot beside Madonna. He was approached by two women from Madonna's team who asked him if he wanted a better seat.

OMG Shahani Gania!! YOU DID IT, MAMA!!

Shahani's time to shine came during the '20s-inspired segment of the show, when he was asked if he wanted to be Madonna's Unapologetic Bitch for the night. (For context, Madonna pulls fans or celebrities up onstage during her performance of "Unapologetic Bitch.")

Shahani Gania with her prize from Madonna

Madonna's second Unapologetic Bitch, who came onstage during the February 25 show, was 39-year-old retail entrepreneur, Pat Ramos—an avid fan of the Queen for 30 years. She only wanted to dress like Madonna for fun, borrowing her daughter's bowtie, her daughter's classmate's top hat, and her grandmother's cane. 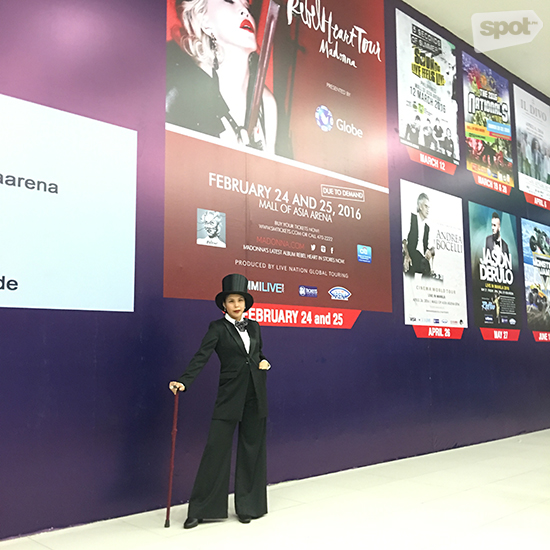 She had been talking to friends in front of the venue's Krispy Kreme branch when someone from Madonna's crew approached her to sit in the front row. It was mid-show when she was told to head backstage for her dance with Madonna. "They said to dance with her, and then to freestyle it. So that’s what I did. Everything was totally spontaneous," she explained.

After their dance, Madonna and Pat had a little chat onstage. The former asked Pat about the jewelry she was wearing. Pat replied that her husband bought them for her, adding, "I'm sorry." Madonna's response? "I'm sorry, too." 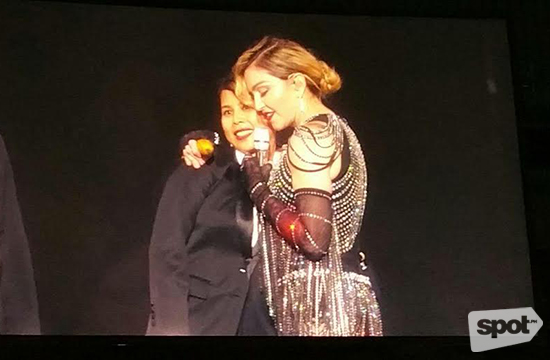 Like Shahani, Madonna also gave Pat a banana as a prize for dancing onstage. This was exactly how their amusing conversation went:


Prior to the show, Shahani mounted an exhibit dedicated to Madonna-inspired art at Cubao's TodayxFuture. The exhibit runs until today, February 26. Pat runs an online luxury retail shop called www.shoptilda.com.

Also read:
LOOK: Madonna visits orphanage in Manila before her two-night concert
Top 10 Songs We Can't Wait to Hear at Madonna's Concert in Manila
INFOGRAPHIC: 10 Most Expensive Concerts in Manila