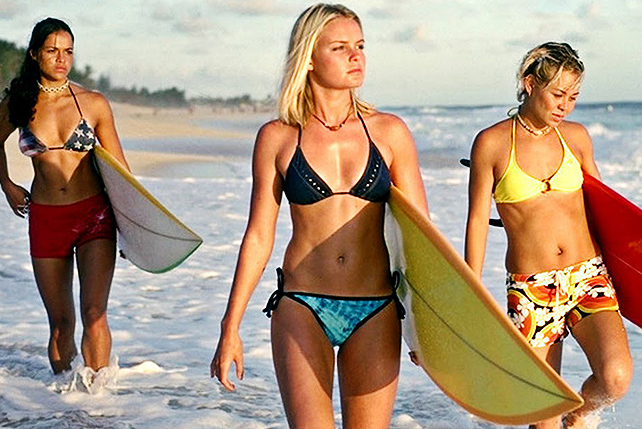 No, definitely not Jaws or Titanic. 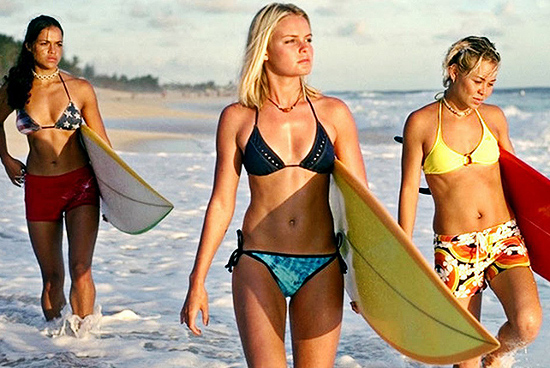 (SPOT.ph) Whether you're low on funds or you just can't spare the time to jet off to the nearest summer destination, don't feel too bummed! Luckily for you, there are plenty of films out there that will cater to your wanderlust needs. We zero in on 10 films that put the spotlight on the much-coveted summer staple: The beach! And no, we don't mean hungry sharks or being shipwrecked on a remote island: Just a lot of sun, sand, and beautiful, blue waves.

Jet off to: Skopelos and Damouchari, Greece

It's hard not to joyfully burst into song and dance when you're in an island as idyllic and picture-perfect as Greece. Bride-to-be Sophie (Amanda Seyfried) has never known her father, but after reading her mother’s journal, she impulsively invites three possible candidates to her wedding. The result is a musical romp full of mother-daughter love, catchy ABBA songs, and plenty of musical numbers overlooking a bright blue ocean.

Jet off to: Batanes

An uppity boss named Georgina (Toni Gonzaga) and her happy-go-lucky assistant named Pong (Coco Martin) switch places to impress a Japanese client. They end up taking a trip to breathtaking Batanes, which Pong describes as, "Ang Batanes, ine-experience, hindi ginu-Google." The movie gives viewers a taste of what to experience on the island, including Tukon Church, the Chamantad-Tinyan Viewpoint in Sabtang Island, and the famous Honesty Store.

Jet off to: Oahu, Hawaii

A struggling musician named Peter (Jason Segel) flies to Hawaii after going through a bad breakup with his long-time girlfriend, Sarah (Kristen Bell). He arrives at the hotel only to see Sarah with her new boyfriend (Russell Brand). As the film explores Peter's quest to move on, it also takes viewers to different parts of the sunny island, including Mokuleia Beach, Laie Point (where Peter jumps off the 30-foot cliffs), and Keawa'ula Bay with its white sandy beaches.

This indie film takes place in a quaint hostel called Flotsam and Jetsam where eight different love stories unfold (played by an ensemble cast that includes Solenn Heussaff, Rocco Nacino, Marc Abaya, and Carla Humphries). From the chill surfing culture to the picture-perfect San Juan waves, this film is the closest you can get to taking a drive to La Union.

Jet off to: Oahu, Hawaii

You can almost smell the sunscreen every time Anne Marie (Kate Bosworth) hops onto her board to train for a surfing competition. Blue Crush was filmed in various locations across Oahu, particularly in North Shore. For surfing fanatics, the film also puts the spotlight on the beautiful yet deadly Pipeline, a surf reef break notorious for its massive waves. If there's anything that can inspire you to try your hand in surfing, this movie should do the trick.

Jet off to: Phi Phi Leh Island and Phuket, Thailand

Richard (Leonardo DiCaprio) travels to Thailand in search of adventure, where he learns of a mysterious, pristine island walled in by cliffs and untouched by tourists. He and a French couple embark on a journey to search for the island. A majority of the movie was filmed on Hat Maya, the main beach of Phi Phi Leh Island. It's not a critically acclaimed movie, but if a movie scene ever had to express your feelings about the sand and sea, it's the moment Richard finally sees the fabled beach for the first time.

Jet off to: Cuyo, Palawan

When you think of Palawan, the first thing that probably comes to mind is either El Nido or Coron. Ploning, however, puts the spotlight on Cuyo, a coastal village and hometown of the film's titular character (played by Judy Ann Santos). The film showcases the town's unique practices such as making cashew nut brittle, harvesting salt, and their annual festival. You can also catch a glimpse of the unfinished pier (where Ploning patiently waits for her love), and the stunning Intigban beach.

Jet off to: Honolulu, Hawaii

Henry (Adam Sandler) is a perennial bachelor who meets Lucy (Drew Barrymore), who is suffering from short term memory loss. They fall in love, but he must make her fall in love with him all over again, every single day. The film features plenty of beach scenery but it also throws in the rustic, less inhabited greenery of the island overlooking the shore. It also includes scenes in Honolulu's Sea Life Park, a refuge for injured sea mammals where Henry works.

Jet off to: Baler

Apocalypse Child tells the story of a free-spirited surfing instructor named Ford (Sid Lucero), whose birth is shrouded in a local urban legend that he is an illegitimate child of legendary director Francis Ford Coppola (who filmed Apocalypse Now in Baler). Expect a gorgeous, sun-kissed look at the province, with plenty of local culture thrown in, too.

The Sisterhood of the Traveling Pants (2005)

Jet off to: Santorini, Greece

This adaptation of the popular YA series tells the story of four best friends who promise to share a pair of pants so they can keep in touch while they're apart for the summer. One of the four girls, Lena (Alexis Bledel), travels to Santorini to visit her grandparents, where viewers are treated to picturesque views of the island's blue roofs, the white-washed homes that overlook the bright blue ocean, and the busy Oia port. It's enough to get you to plan a trip to Greece stat!

Beach Movies Movies Summer Movies
Your Guide to Thriving in This Strange New World
Staying
In? What to watch, what to eat, and where to shop from home
OR
Heading
Out? What you need to know to stay safe when heading out