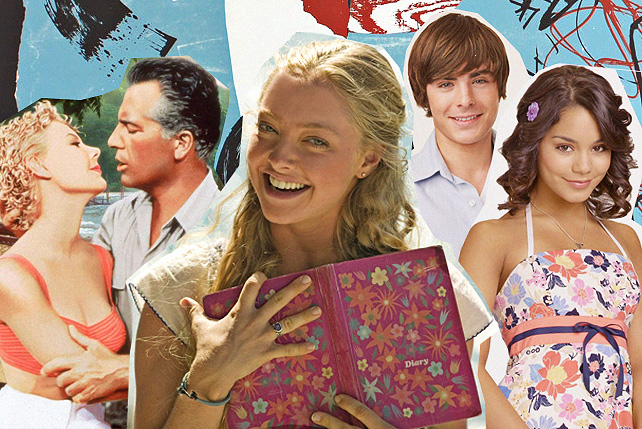 We round up the ditties that would make you yearn for the beach, ice cream, and yes, summer loving. 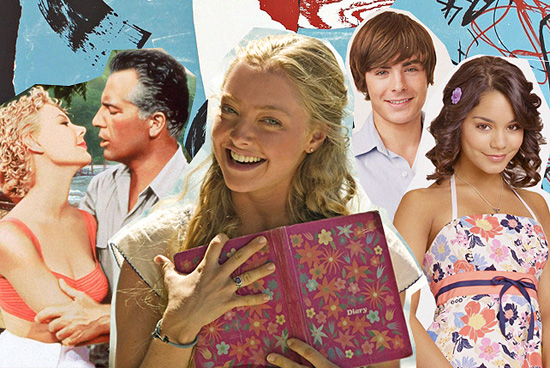 (SPOT.ph) How about a dose of culture this summer? Let’s add to our pop-filled repertoire with some summery melodies from the stage.

Perfect for: Reminiscing summers that have gone by.

Set in a sun-drenched, fictional Greek island, Mamma Mia! is a joyous celebration of the most popular ABBA hits, such as "Super Trouper." Future bride Sophie (Amanda Seyfried) finds out any of the three men her mother had a relationship with could be her father. A problem arises: Who’s going to give her away at her wedding? When Sophie finally meets her three potential dads, she gets to know them better through their wistful accounts of her mom in “Last Summer.”

“What Time Is It?” from High School Musical 2

Perfect for: The day before you jet off to your vacay. “No more wakin’ up at 6 a.m.!” Unless your flight’s real early, that is.

Who didn't grow up with Troy and Gabriella and the rest of the HSM gang? We have memorized the songs from this little gem. Pretty hard to believe that it’s been 10 years already, and High School Musical 4 is in the works with a nationwide casting search.  Now if we can only still feel just as excited about summer.

“A Summer in Ohio” from The Last 5 Years

Perfect for: Making light of a sucky situation. Like when you’ve run out of vacation leaves.

This upbeat number with its plunky piano notes shows Cathy (Anna Kendrick) earnestly telling her husband Jamie (Jeremy Jordan) about her bizarre colleagues. She slips in a few lines about someone interested in her, but she’s quick to reassure Jamie of her love in this heartbreaking story of the breakdown of a marriage. There are quite a few differences in the musical and in the movie, and one of them is a certain word in a line: “Target,”which took the place of the now defunct “Borders.” And so in the song, Cathy finds Jamie’s book at a Target in Kentucky instead. #ByeBorders

Perfect for: Those sweltering days. Sometimes all the AC and fruit shakes in the world just can’t compare to a cool, refreshing shower.

Set during World War II, Nellie the nurse from Arkansas (Mitzi Gaynor) fights her feelings for the debonair French planter Emile (Rossano Brazzi), whom, she later finds out, had fathered kids with an island native. This doesn’t sit well with Nellie. Not because of Emile having a past relationship, but because he deigned to have one with a dark-skinned woman. Racist much?

Perfect for: Gossiping with your girls while getting a tan. Your version about your date might be quite different from his, though.

Who can forget Danny’s (John Travolta) cocky claims of meeting and seducing the innocent Sandy (Olivia Newton-John) while the latter tells a completely different story to her friends? “She was good, you know what I mean.” Ah, summer lovin’.

“Grow for Me” from Little Shop of Horrors

Perfect for: Coaxing your tiny succulent cork planters to grow by putting them out in the summer sun. Place them in the dark and they’ll reach for the light.

Blooms are practically synonymous to summer (on this side of the globe, at least). Audrey II is one plant that doesn’t seem to want sunshine, though. In this science fiction musical, we learn that some plants—especially those from outer space—would rather open a vein than turn their faces to the sun.

“Vanilla Ice Cream” from She Loves Me

Perfect for: A hot night while swiping through Tinder. And by hot we literally mean hot enough to need ice cream.

Unlike most of the musicals on this list, She Loves Me is relatively unknown. But with a plot that inspired the wonderful Tom Hanks-and-Meg Ryan starrer You’ve Got Mail, any romantic would be interested to look this musical up. Set in pre-war Budapest, Amalia and Georg work together and hate and love each other. They’re very much aware of the hate part, but love? Well, you see, they each have a pen pal that they’ve fallen for. We’re sure you have an inkling about who’s pen pals with whom.

“Under the Sea” from The Little Mermaid

Perfect for: Those moments you wish you’re somewhere else, like the beach for instance. Just keep in mind that the seaweed’s not always greener on the other side.

We all know about Ariel, the unsatisfied mermaid. We know that she’s got lots of thingamabobs but she wants more. We know that despite Sebastian the crab’s long list of wonders under the sea, the feisty mermaid would still yearn for the surface. And we’re sure that we all know that in the original tale by Hans Christian Andersen, the prince marries someone else and the mermaid dies. But at least this musical’s based on the Disney version, so Ariel lives and gets her wish, yay!

Perfect for: Cracking open a cold one with your hipster friend.

Based on the classic rock songs of The Kinks, Sunny Afternoon chronicles the famous English band’s rise to fame and the highs and lows of their rockstar life. It all started when brothers Dave and Ray Davies joined forces. Before the siblings knew it, they were churning out hits like “You Really Got Me”, “Lola,” and “Waterloo Sunset.”

“The Song of Purple Summer” from Spring Awakening

In case you haven’t heard the song before, you might find the melody hauntingly familiar. If that’s the case, we’re betting you listened to a whole lot of Duncan Sheik back in the day. We don’t blame you; after all, the man does have a signature sound, and it extends to Spring Awakening’s score. A story about adolescents and their burgeoning sexual curiosity, the musical drew renewed interest when it was staged by the Deaf West in a show that combined hearing and non-hearing actors. While most in the cast sang, spoke, and used American Sign Language at the same time, a number of roles were played by two actors, with one doing the singing and speaking and the other the signing.