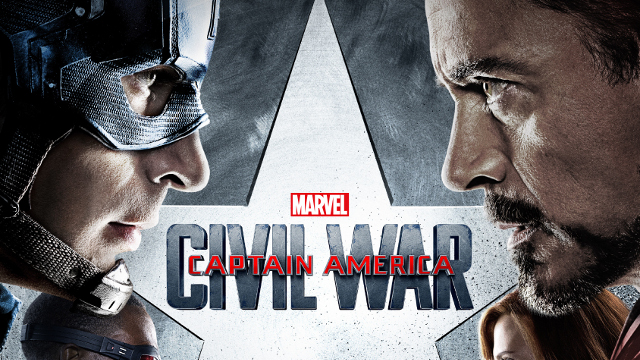 Captain America: Civil War, Just The 3 of Us, and more.

(SPOT.ph) It's April Fool's Day today, but you don't have to worry about practical jokes here. Instead, we've got an all-new roster of exciting movies to catch this month. Think highly anticipated blockbuster sequels, a thought-provoking Pinoy indie film, and more.

A woman named Michelle (Mary Elizabeth Winstead) takes a drive through rural Louisiana following an argument with her fiancé. A phone call from the latter leads to a car accident and she wakes up in a shelter with two men who claim the outside world is under a widespread chemical attack. This sci-fi thriller also stars John Goodman and John Gallagher Jr.

A quiet and unassuming accountant named Zeny Roblado (Nora Aunor) is embroiled in a national scandal involving a scheming, high-profile entrepreneur (Cherry Pie Picache). The latter makes headlines for her ties to greedy government officials. (Sound familiar?) In desperation, Zeny turns to a reporter (Angelica Panganiban) to expose the truth. It turns out even that has a price, too.

A woman (Anna Kendrick) begins to question her newfound relationship when she realizes that her new boyfriend (Sam Rockwell) is a professional assassin. To make matters worse, he kills the people who hire him instead of the intended targets.

Davis (Jake Gyllenhaal) is a successful investment banker who quickly unravels after losing his wife in a tragic accident. What starts as a complaint letter to a vending machine company turns into a series of letters revealing startling personal admissions. His heartfelt letters soon reach a customer service rep Karen (Naomi Watts), with whom he forms an unlikely connection.

This prequel takes place many years before the events of the 2012 Snow White and the Huntsman. Emily Blunt plays Freya, the Ice Queen, who raises a legion of deadly Hunstmen, including two warriors named Eric (Chris Hemsworth) and Sara (Jessica Chastain). Freya and her evil sister, Queen Ravenna (Charlize Theron) unite forces to conquer the land and it's up to the two renegade warriors to stop them.

This sci-fi film tells the story of man (Michael Shannon) and his son (Jaeden Lieberher), who are constantly pursued by the government and a group of religious extremists. It turns out that the young boy possesses special powers.

Star Cinema's latest rom-com offering brings together John Lloyd Cruz and Jennylyn Mercado as two strangers who end up living together due to some, er, unusual circumstances. The film is directed by Cathy Garcia-Molina.