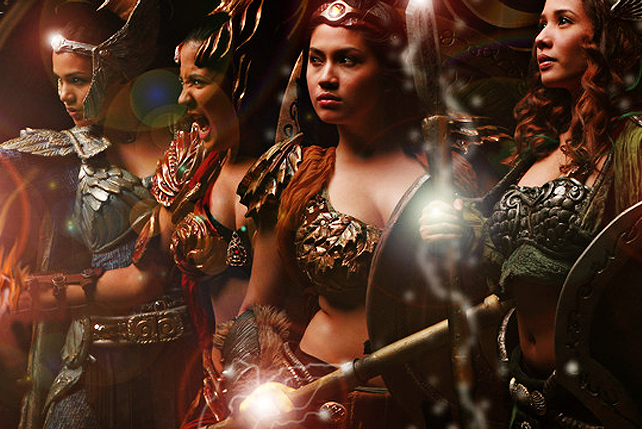 Where Are They Now: The Cast of Encantadia 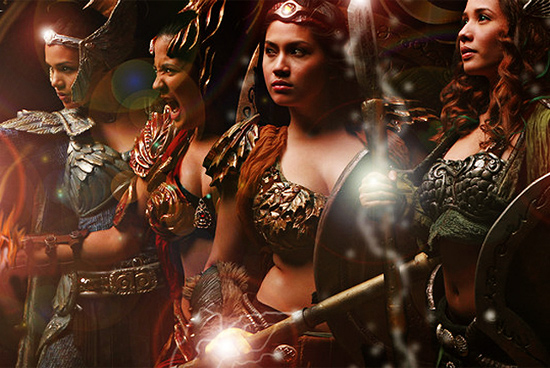 (SPOT.ph) In case you didn't already hear, GMA Network is set to release an all-new reboot of their ambitious and much-celebrated fantaserye, Encantadia. The series was so successful that it spawned two more shows: a prequel entitled Etheria and a sequel called Encantadia: Pag-Ibig Hanggang Wakas. In the spirit of nostalgia, we take a look back at the first ensemble cast that brought the fictional kingdom of Encantadia to life. 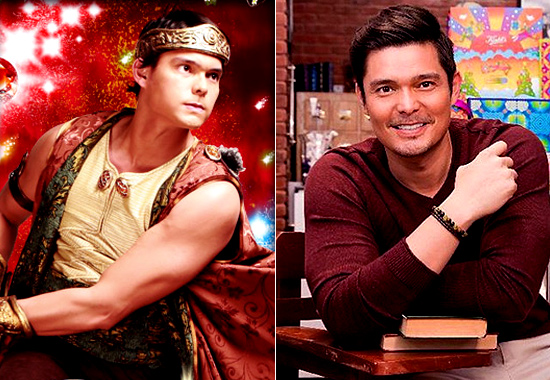 Dingdong Dantes had a pretty big role in the show, portraying the commoner-slash-brave warrior Ybarro, who is unaware of his royal lineage. (When he learns of his family history, he takes the name Ybrahim.) He went on to do even bigger TV and movie roles after the show, most notably as Sergio to Marian Rivera's Marimar in 2007. This later led to a reel-to-real relationship with the actress; they were married in a grandiose ceremony in December 2014 and now have a four-month-old daughter, Maria Letizia. His last project was a lead role in a religious drama called Pari 'Koy in 2015. He also works as Commissioner of the National Youth Commission, and chairperson for the YesPinoy Foundation. 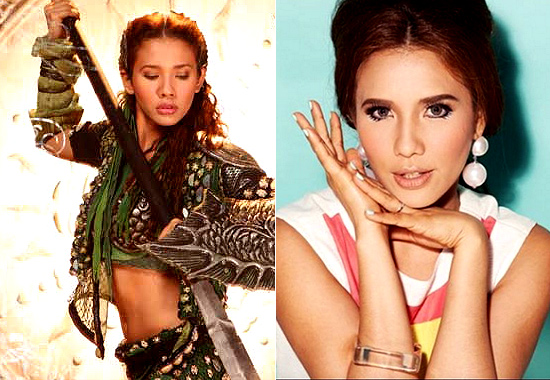 Singer-actress Karylle portrayed Alena, the Sangg're who guarded Encantadia's water gem. Her character's love affair with Ybarro still remains as one of the show's most memorable storylines. In real life, many speculated that the controversial end of her relationship with Dingdong Dantes led to her switch to ABS-CBN in 2008. She had roles in a handful of teleseryes and was also a host for noontime shows like ASAP and It's Showtime. In 2011, she starred in the international TV series, The Kitchen Musical, which was aired across Asia via AXN Channel. Karylle tied the knot with Spongecola frontman, Yael Yuzon, in 2014. 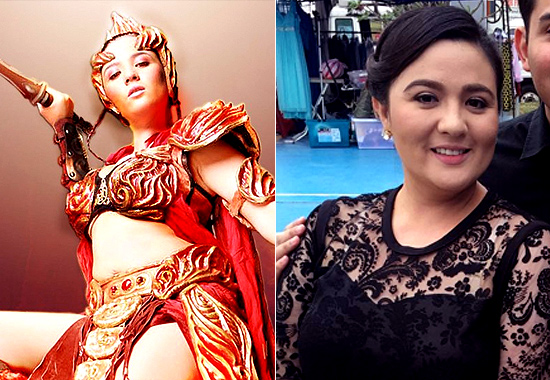 Child star Sunshine Dizon won critical acclaim for her role as the evil Sangg're Pirena, who is hellbent on claiming the magical realm for herself. After the show, she nabbed plenty of lead roles, including Bakekang in 2006, Impostora in 2007, La Vendetta in 2007, and Mundo Mo'y Akin in 2013. She was recently part of the cast of the family drama Little Nanay, alongside Nora Aunor, Eddie Garcia, and Kris Bernal. 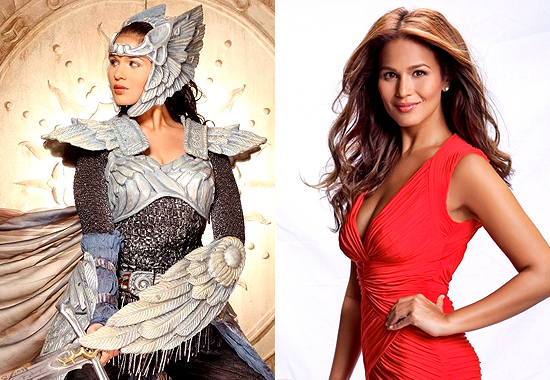 Amihan was raised in the mortal world by her father until she unwittingly discovers her ability to control the wind. After the tragic death of her father (played by Richard Gomez), she is whisked off to Encantadia, where she learns of her true heritage. Her character is also the other half of the show's love triangle involving Ybarro and Alena. In real life, Iza starred in plenty of feature films including Moments of Love in 2006, Batanes in 2007, Ang Panday in 2009, and Starting Over Again in 2014. In 2012, she transferred to ABS-CBN, where she was given hosting and acting stints. Her most recent projects include 2015's Etiquette for Mistresses, an appearance in the show Ang Probinsyano, and a rumored role in the currently airing Dolce Amore. In 2015, Iza also dabbled in theater for the lead role in Sabel: Love and Passion. 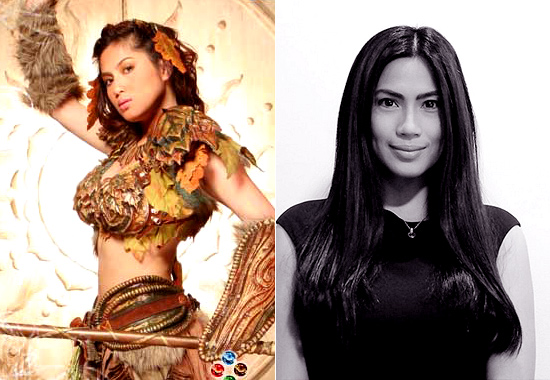 Danaya is the Sangg're guardian of the Earth gem; later, she is wrongfully exiled from their kingdom after being framed by her sister, Pirena. Diana Zubiri first began her career as a sexy star for Seiko Films, but it was her role in Encantadia that cemented her place as a drama actress. After the show ended, she was given a string of roles in TV shows for GMA Network before moving to ABS-CBN in 2012. She married businessman Andy Smith in 2015 (and vowed to skip sexy roles after tying the knot). That same year, she graduated with a degree in theater from Miriam College. 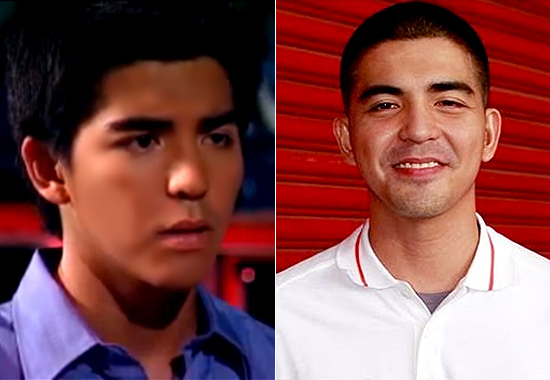 Anthony is a wealthy mortal caught between the love of Jennylyn Mercado's Lira and Yasmien Kurdi's Mira. His off-screen romance with his fellow StarStruck winner Jennylyn led to a long list of films and TV shows. After their relationship ended, he was paired with a number of actresses like Ynna Asistio, Kris Bernal, and Heart Evangelista. In 2014, he went on StarTalk and admitted to fathering a baby with another woman while he was still in a relationship with Ynna. He was recently rumored to be courting beauty queen Winwyn Marquez. 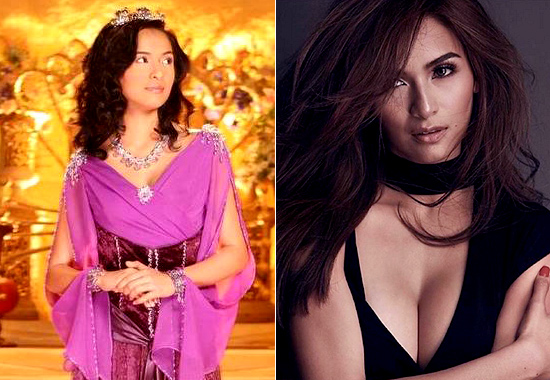 Lira is the biological daughter of Amihan and Ybrahim, but through Pirena's evil plan, was switched at birth with the latter's daughter, Mira. Lira goes on to live in the mortal world, but she eventually returns to Encantadia to reclaim her throne and save the kingdom. Jennylyn Mercado is arguably one of the most in-demand actresses today, bagging lead (and award-winning) roles in rom-coms like English Only, Please in 2014 and Walang Forever in 2015. She is currently set to star in a new romance film under Star Cinema alongside John Lloyd Cruz. Since Mark, Jennylyn has had a string of relationships with fellow actors, including Luis Manzano, Patrick Garcia (the father of her seven-year-old son), and current boyfriend, Dennis Trillo. 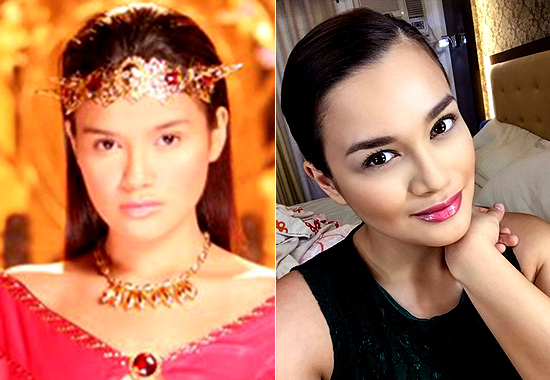 Mira is the only daughter of Pirena. She exiles herself from the kingdom and into the mortal world where she meets and falls in love with Anthony. As for Yasmien Kurdi, her immensely successful TV shows after StarStruck earned her the title GMA Drama Princess. In 2012, she converted to her husband's Roman Catholic faith, which strained her relationship with her mother, a devout member of Iglesia Ni Cristo. (The two have since patched things up.) Yasmien returned to showbiz in 2013 and has since made appearances in various telenovelas, including Anna Karenina, Genesis, and Rhodora X. 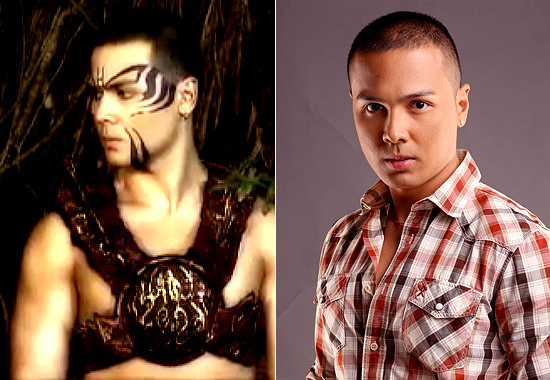 Hitano is a soldier whose deep yet one-sided love for Alena pushes him to kill her lover, Ybrahim, and wipe her memories so he can start a life with her. Since his role in the show, he scored one hit after another with TV shows, movies, and endorsements. His last project for the network was a supporting role in the 2014 historical miniseries, Ilustrado. He was originally slated to star in Pasion de Amor, but he dropped the role when it conflicted with a trip to Japan. He had a brief appearance in Ang Probinsyano in 2015, but has yet to nab a major role. 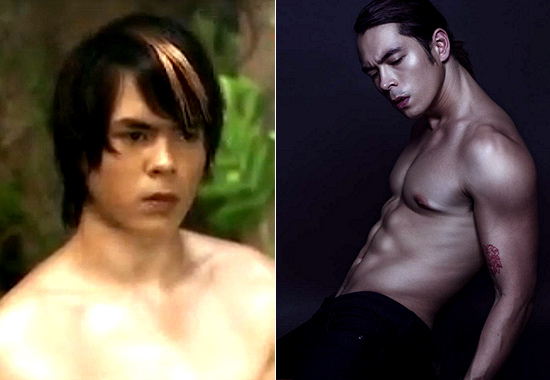 Kahlil is an immensely skilled warrior and the only male Sangg're in the kingdom, the first child of Ybrahim and Alena. After Encantadia, Jake Cuenca transferred to ABS-CBN in 2006, where he landed lead roles in soaps like Sana Maulit Muli in 2007, Tayong Dalawa in 2009, and Rubi in 2010. After several guest stints in Maalaala Mo Kaya and Your Song Presents, he began nabbing lead roles once again—most notably for the immensely successful Ikaw Lamang in 2014 and Pasion de Amor in 2015. His last known relationship was with American model Sara Grace Kelley, but he recently admitted that they broke up because of the long distance. Jake is set to star as a cross-dressing character in an indie film by Quark Henares. 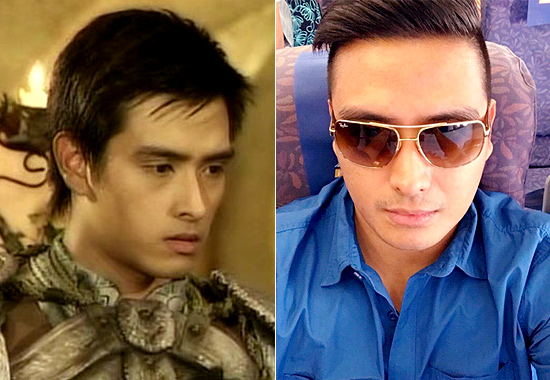 Aquil is the kingdom's most loyal and trusted soldier who falls in love with Diana Zubiri's Danaya. After the show and its sequels ended, Alfred Vargas had plenty of major roles with the network, such as Dyesebel in 2008, Zorro in 2009, and Darna in 2010. He momentarily moved to ABS-CBN before disappearing from the limelight (save for a role as Andres Bonifacio in 2012's Supremo). In 2010, he was elected councilor for the second district of Quezon City, and in 2013, he became congressman for the fifth district of Quezon City. 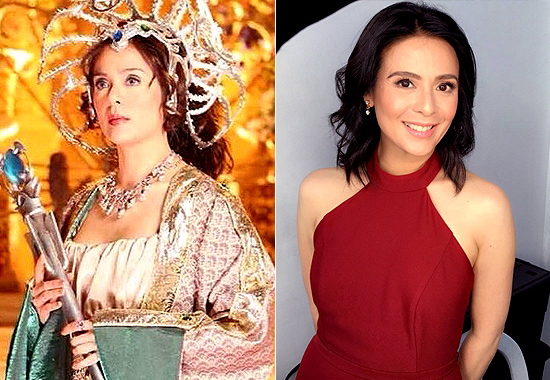 Also known as Ynang Reyna, Minea is the queen of the kingdom and the mother of the four Sangg'res: Amihan, Alena, Dayana, and Pirena. (The character will reportedly be played by Marian Rivera in the 2016 reboot.) Dawn Zulueta transferred to ABS-CBN after Encantadia ended; she was later cast in roles for successful soaps like Mula sa Puso in 2011 and Walang Hanggan in 2012. Her most recent projects were You're My Home and The Love Affair.