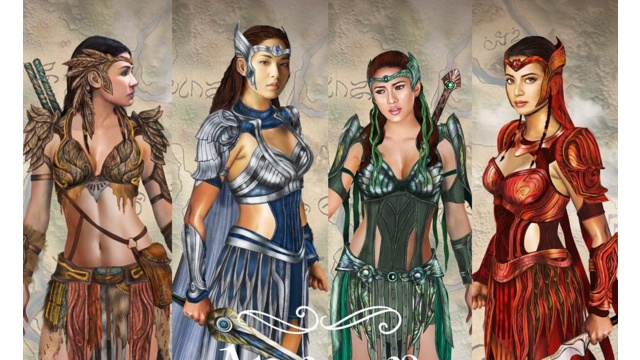 This has us even more excited!

(SPOT.ph) GMA Network's new and highly anticipated version of Encantadia is being billed as a "requel," that is, a retelling-slash-sequel of the beloved 2005 series. So far, fan reactions to the new cast have been mixed, with many praising the casting to others lending their own choices. If there's one thing fans can probably agree on, however, it's how cool the updated costume design looks.

Reporter Nelson Canlas posted illustrations of the cast and their new warrior costumes. Check it out:

A previous report from PEP.ph quoted lead visual artist Noel Layon Flores saying that he redesigned the world of Encantadia to appeal for a younger, "gaming" generation. This also included a redesign of the elemental gems, the emblems, and costume design for the soldiers.

Meanwhile, director Mark Reyes said that the new Encantadia will be based on the original series, but they will be changing things that they thought "needed fixing" in the first version.

The show is set to air later this year.