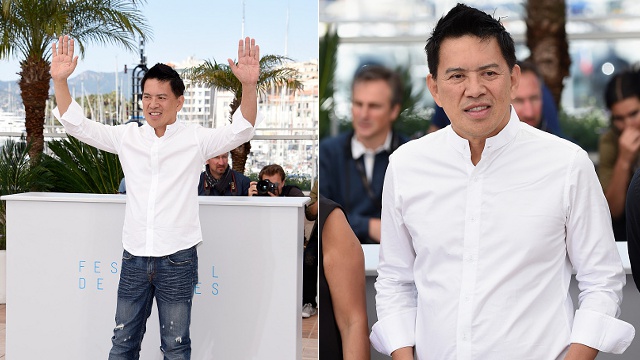 Another Filipino film is headed to the Cannes Film Festival

The Brillante Mendoza film will compete for the prestigious Palme d'Or at this year's festival.

(SPOT.ph) Brillante Mendoza is headed to the Cannes Film Festival for the fourth time. His new film, Ma' Rosa, is part of this year's main competition lineup.

Not much is known about his new film but according to a report from PEP.ph, it revolves around a small convenience store in the slums of Manila. It also stars Jaclyn Jose, Andi Eigenmann, Felix Roco, and Julio Diaz.

The film will compete against 20 other entries from around the world, including Xavier Dolan's star-studded Juste La Fin Du Monde (starring Marion Cotillard, Lea Seydoux, and Vincent Cassel) and Sean Penn's The Last Face (starring Charlize Theron, Javier Bardem, and Adele Exarchopoulos). This year's festival runs from May 11 to 22.

Mendoza's first Cannes festival entry was 2008's Serbis. A year later, he took home the award for best director for the film, Kinatay. In 2015, his Typhoon Yolanda-centric ensemble drama Taklub was an entry in the festival's Un Certain Regard section, and won the Ecumenical Jury Prize-Special Mention.

If you want to check out his previous work, some of his films are available for streaming on iflix. The catalog includes Serbis, Kinatay, Thy Womb, and Manoro.

Brillante Mendoza Cannes Film Festival
Your Guide to Thriving in This Strange New World
Staying
In? What to watch, what to eat, and where to shop from home
OR
Heading
Out? What you need to know to stay safe when heading out