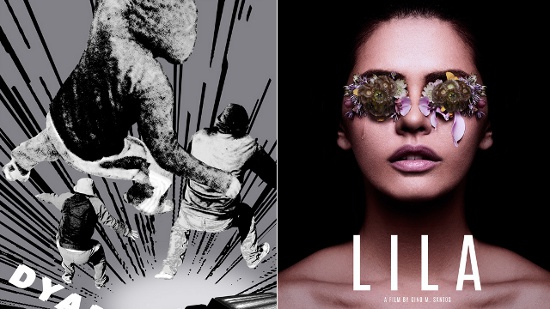 The SPOT.ph Guide to the 2nd Sinag Maynila Film Festival

(SPOT.ph) If you want to skip the usual theatrical releases, Manila has plenty of film screenings to offer every month. There's also the upcoming Sinag Maynila Film Festival, happening from April 21 to 26 at the following cinemas: SM North EDSA, SM Megamall, SM Aura, SM Manila, and SM Mall of Asia.

Now on its second year, Sinag Maynila is helmed by CEO and founder Wilson Tieng, alongside internationally acclaimed director Brillante Mendoza (who, by the way, is headed to this year's Cannes Film Festival). Sinag Maynila's festival jury is headed by director Lav Diaz. Here are the five feature films at this year's independent film festival.

A 70-year-old woman named Virginia (Oropesa) shares an old, ancestral house with her loyal housekeeper, Delia (de Leon). Their quiet life together is shattered when the latter tearfully tells Virginia that she wants to return home to the province to start a new life with her long-time boyfriend.

Three friends patiently wait along Dalton Pass every day at the crack of dawn to jump onto the back of rice delivery trucks to steal the goods and sell it at the wet market. The story kicks off when one of them accidentally gets a pack of drugs stashed in one of the trucks, and they must now evade its deadly owners.

This psychological thriller centers on Jess (Gutierrez), who moves into the house of a kind-hearted landlady. She finds a diary in her room that once belonged to a former tenant and as days pass, the diary's words take an eerie, malevolent turn.

A criminal old-timer named Ben (Anson) only needs to do one last assignment before he is finally granted his long-delayed retirement. The said assignment involves working with a syndicate neophyte named Morris (Abrenica), who turns out to be a trigger-happy sadist who yearns to impress their boss.

Lopez plays Teresa, a battered wife at the hands of Miguel (Aquino). When the violence escalates to the point that it involves their son, Miguelito, Teresa seeks a Temporary Protection Order against her husband. A tragic road accident will set off a chain of events that will unfold in a backward narrative.

Ticket prices are regular SM cinema prices, depending on the venue. For more information and the full list of screening schedules, visit Sinag Maynila's Facebook page.

Indie Movies Movies Sinag Maynila Sinag Maynila Film Festival
Your Guide to Thriving in This Strange New World
Staying
In? What to watch, what to eat, and where to shop from home
OR
Heading
Out? What you need to know to stay safe when heading out