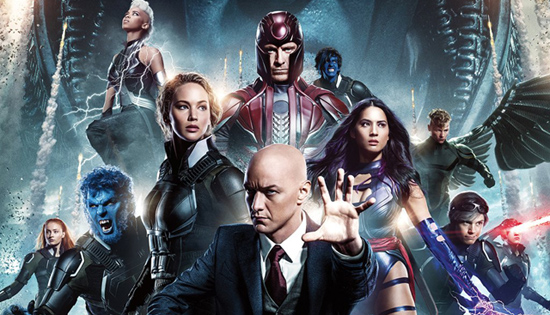 (SPOT.ph) And just like that, summer is already halfway over! This month, expect new romance films from your favorite love teams, an animated adaptation that's perfect for the kids, and blockbusters for the comic book and video game fans. Mark your calendars, Spotters!

Star Cinema's latest rom-com offering brings together John Lloyd Cruz and Jennylyn Mercado as two strangers who end up living together due to some, er, unusual circumstances. The film is directed by Cathy Garcia-Molina.

James Reid and Nadine Lustre mark their return to the big screen with a new flick about two childhood friends who only see each other during the summer. Eventually, they develop feelings for each other, but can their blossoming romance withstand distance?

This socio-political film explores the elections through the eyes of Bernard (John Prats), an idealistic politician who falls prey to corruption. The drama also stars Princess Punzalan, Kiko Estrada, and Tirso Cruz III.

This sci-fi-slash-romance stars Kristen Stewart and Nicholas Hoult as two people who fall in love, despite living in a dystopian society where human emotions have been eradicated.

The popular gaming app comes to life in this animated film that revolves around Red (Jason Sudeikis), who befriends a group of misfits during anger management class. He becomes even more agitated when his fellow birds welcome mysterious green pigs to their island paradise.

Director and producer Stephen Chow tells the story of a playboy businessman (Deng Chao) who falls in love with a mermaid (Lin Yun) who was sent to assassinate him. The fantasy-slash-rom-com holds the title as the highest-grossing film of all time in China.

Worshipped as a god since the dawn of time, the immortal Apocalypse (Oscar Isaac) awakens after thousands of years to wreak havoc on the modern world. He recruits the disheartened Magneto (Michael Fassbender) and other mutants to establish a new world order, and it's up to Professor X (James McAvoy) to lead a group of young X-Men to save the world.

This epic fantasy film is based on the Warcraft video game series and novels. The fictional world of Azeroth is on the brink of war, as humans and orc warriors go head-to-head in a fight for survival. The ensemble cast includes Dominic Cooper, Ruth Negga, Travis Fimmel, Paula Patton, and Daniel Wu.

After losing money on a stock tip, an irate investor (Jack O'Connell) holds a Wall Street guru (George Clooney) and a TV producer (Julia Roberts) hostage on live television. The film is directed by Jodie Foster.

Release Dates Movies
Your Guide to Thriving in This Strange New World
Staying
In? What to watch, what to eat, and where to shop from home
OR
Heading
Out? What you need to know to stay safe when heading out