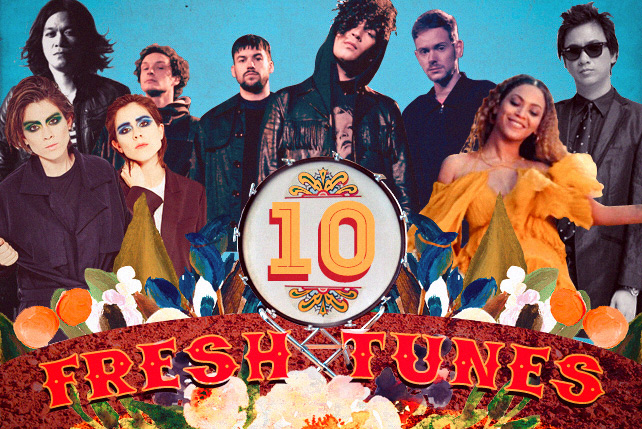 What we're loving now courtesy of Beyonce, The 1975, Tegan and Sara, Pupil, Sandwich, and more! 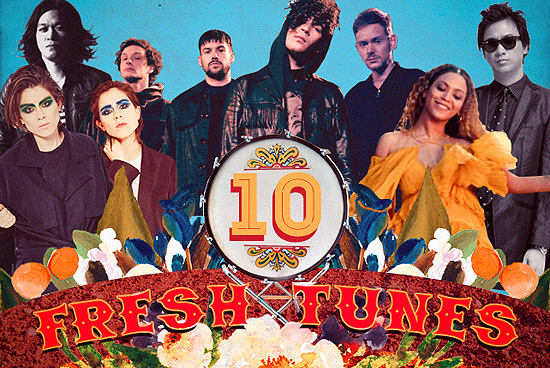 (SPOT.ph) It's that time of the month again when we invite you to update your playlists. This May, we're listening to Beyoncé's new album, The 1975's slow electro-pop number, Tegan and Sara's bubble gum ditty, Taylor Swift's latest release, and M83's kick-ass single featuring Steve Vai and Mai Lan. For new local favorites, we recommend the freshest by Pupil, Sandwich, Kjwan, Techy Romantics, and The Ransom Collective.

Queen Bey's sixth studio album, Lemonade, was recently released along with an hour-long film that aired on HBO. The first single, "Formation," dropped in February, but the 11 other tracks are now available for purchase online. We especially love "Sorry," which features the now-famous line, "He better call Becky with the good hair." The "visual album" brings together different genres like pop, R&B, hip-hop, soul, gospel, and rock. Plus, themes that hint at marital problems and a woman's emotional turmoil will intrigue any listener.

Fun fact: Beyoncé is the first female artist to chart 12 songs in the Billboard Hot 100 at once.

Pupil's all set for summer, too, as seen in their new music video that features a couple on a wanderlust-inducing beach getaway. "Cheap Thrill," unlike the band's earlier releases, is a bit more relaxed and fun. There's more sunny pop in this summer track.

Song: "A Change of Heart"

The 1975 recently released its music video for "A Change of Heart" from their new album lengthily titled I like it when you sleep, for you are so beautiful yet so unaware of it. The slow, electro-pop single is dreamy and breezy, with a very nostalgic feel to it.

Fun fact: The 1975 is set to perform at the In the Mix concert on August 18 at the Mall of Asia Arena. The event will also feature James Bay, Panic! at the Disco, Third Eye Blind, Elle King, and Twin Pines.

The third single off Sandwich's eighth album opens with infectious guitars that are sustained throughout the track. The vocals are entrancing, and so are the visuals. The band stars in a post-apocalyptic, Mad Max-inspired music video that also features model and photographer An Estrada.

Fun fact: Rain Pengson of Rebel Studios directed the music video, which was launched in April at the Historia Boutique Bar and Restaurant.

We can't like "Boyfriend" enough, the first single off Tegan and Sara's forthcoming eighth studio album, Love You to Death. There's overflowing catchiness and synth-pop sweetness in the song, and it is pretty in-your-face despite the sugary vibes.

Fun fact: Love You to Death is set for release on June 3.

Finally, after two years, Kjwan is out with a new single. "HyperConnected" opens with a rich and prolonged instrumental before introducing Marc Abaya's cool vocals. Halfway into the six-minute track and you'll take delight in a kick-ass guitar solo.

Fun fact: The band is reportedly already working on their new album to be released either end of 2016 or early 2017.

Tay-Tay sends a sweet message to all Swifties in her music video for "New Romantics." She opens with, "The fans are the best part of this tour," referring to her 1989 World Tour, which ended December 2015. The pop anthem is what you'd expect from the singer: Catchy and feisty but with the right dose of sweetness.

Fun fact: "New Romantics" is a bonus track from the deluxe edition of Swift's 1989 album.

Techy Romantics is out with a beyond catchy electro-pop single. "Life" combines retro vibes with sonic beats, merging the old and the new. We also can't get enough of Camyl Besinga's chill crooning that still shines amidst the sonic arrangement.

The young musicians of The Ransom Collective aim to please with their lush and jangly single "Settled." They're pretty on point with their indie-folk sound, from the percussions, to the chants, to the violin, to the cutesy female vocals.

Playlist 10 Fresh Tunes Music New Music
Your Guide to Thriving in This Strange New World
Staying
In? What to watch, what to eat, and where to shop from home
OR
Heading
Out? What you need to know to stay safe when heading out