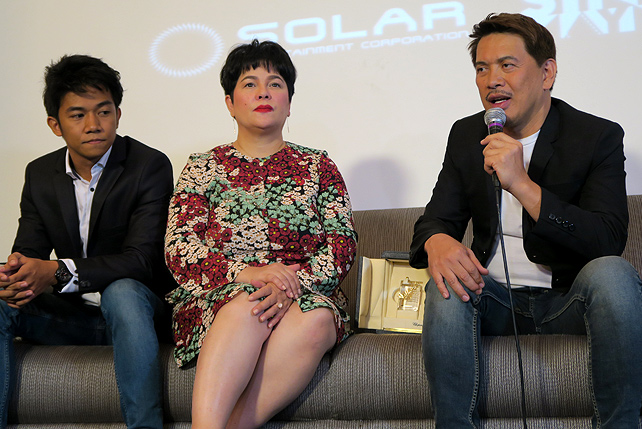 (SPOT.ph) After its successful run at the recently concluded Cannes Film Festival, movie fans are already on the lookout for a local release of the Palme d'Or nominee Ma' Rosa. But according to the film's director Brillante Mendoza, the film won't hit local theaters until the 2016 Metro Manila Film Festival in December 2016. 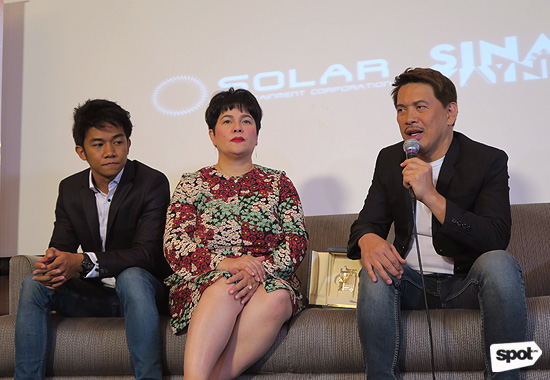 "I already asked the [MMFF] committee if it's possible [to join after being screened at an international festival]," he told the press yesterday, May 25. "Sabi nila, okay lang basta 'wag magkaroon ng any commercial screenings before the Metro Manila Film Festival."

As part of the new rules that were established in April, the film still has to pass the selection process before it officially joins the MMFF lineup. Mendoza added that Ma' Rosa will still join film festivals around the globe in the next months. 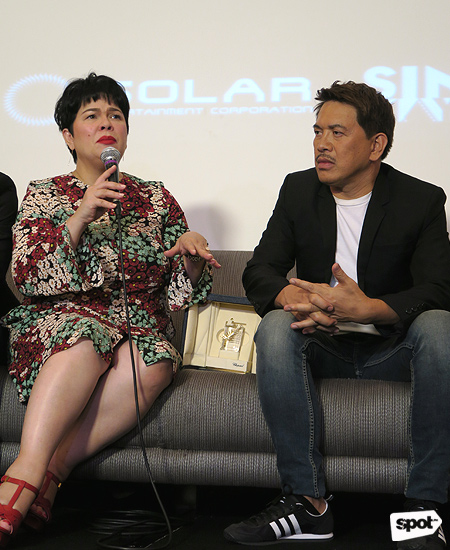 Both Mendoza and Best Actress winner Jaclyn Jose also gamely chatted about their experience at the recently concluded Cannes Film Festival. When asked if they had met any jury members or their fellow competitors, Mendoza replied that they didn't have much time. "Ako napanood ko, dalawang films lang. 'Yong kay Pedro Almodovar [Julieta] and Asghar Farhadi [The Salesman]," he said. "Backstage, I congratulated them and they congratulated me."

Meanwhile, Jose shared that she met jury member Kirsten Dunst in an elevator, and excitedly shared that the latter was a fan of the film. "Rubbing elbows kami ni Kristen Dunst, eh. Sabi ko sa kanya, 'I've been a fan since 'I want some more,'" she said, quoting Dunst's famous line from the 1994 film Interview with the Vampire. 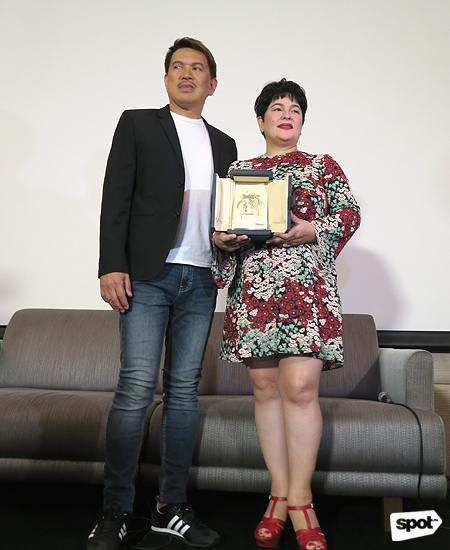 Still, Jose said that her award-winning role was one of her most challenging to date, adding that she and the rest of the cast didn't work with a script. "Kinakausap lang kami ni Brillante and lahat kami, we follow our own instincts. These are your instructions, kung anong nararamdaman niyo, ng character...kaya may immersion so you can see these places and meet these people," she explained. "Hindi sasabihin ni Dante kung anong mangyayari, so we all play by our instinct. Kung anong mararamdaman namin sa sitwasyon, that's how we react."

This isn't the first time the two have worked together. Mendoza was a production designer in Jose's early films during the '80s including Takaw Tukso, The Great American Dream, and Itanong Mo Sa Buwan. She was also part of the cast of 2009's Kinatay, which won Mendoza a Best Director award at Cannes.

Brillante Mendoza Cannes Film Festival Jaclyn Jose Ma' Rosa Mmff Mmff 2016
Your Guide to Thriving in This Strange New World
Staying
In? What to watch, what to eat, and where to shop from home
OR
Heading
Out? What you need to know to stay safe when heading out