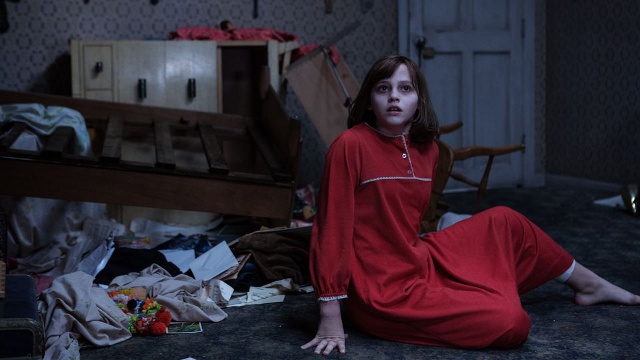 MOVIE REVIEW: The Conjuring 2 hits all the right scare spots

The return of Ed and Lorraine Warren is as frightful as you'd expect.

(SPOT.ph) "Imagine yourself in a ball of light," advises Vera Farmiga's Lorraine Warren at the beginning of The Conjuring 2, as she and her husband Ed (Patrick Wilson) head a séance, claiming that this imaginary light will keep you safe. Right from the get-go, the film itself warns the audience about what's coming, putting the viewers in a place of constant fear that something is going to come out and scare the screams and giggles out of them. For the most part, like its predecessor, it absolutely works. The Conjuring 2 checks all the boxes in haunted house movie tropes—creepy voices, dark rooms, levitation—but with returning director James Wan's expertise in the genre, and Don Burgess' spine-chilling cinematography, all the old clichés and scares still do exactly what they're supposed to.

Again based on true events from the Warrens' own case files (but this time definitely more dramatized), the movie brings to light a well-documented paranormal case from the '70s: The Enfield Poltergeist. A quick Google search will tell you everything you need to know about this case and find almost all the "proof" that the hauntings happened.

Trading the American farmlands for suburban north-east London, this sequel to the 2013 horror hit focuses on The Hodgsons: a single mom, Peggy (the wonderful Frances O'Connor) and her four children, specifically 11-year old Janet (a terrific Madison Wolfe), who are haunted by an unknown poltergeist. Janet is the one most affected, as she starts waking up in the living room, hears voices, and is possessed herself, while the rest of her family suffers through furniture and toys moving on their own, unnaturally shaking beds, and the like. 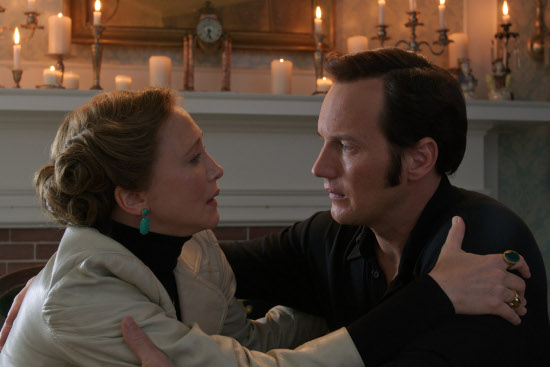 Six years after the events in the first Conjuring, as well as a quick stop by the Warrens' most famous case in a cold open (yes, that haunting in Amityville), we rejoin the Warrens at a low point, with Lorraine really feeling the effects of all the work that she and her husband have done over the past few years. Due to premonitions and a fear for her husband's life, Lorraine wants to stop taking any new cases.

When the Enfield case lands on their desk along with a tape of Janet talking in that demonic-possession voice, Ed tells Lorraine that they have never turned down a family's cry for help before, and off the two go for another ghost-busting adventure, only this time with Lorraine's fear that Ed may get killed. This focus on Lorraine's premonition that Ed is going to get offed by a demonic spirit is a positive, as it now feels as if the stakes are much higher. This isn't just a things-go-bump-in-the-night story, but it may have some serious implications outside of the Enfield case for our two paranormal investigators.

Let's get this out of the way—yes, The Conjuring 2 is as scary as you'd expect it to be. It hits all the right scare spots throughout, making the viewers scream and jump and live in a constant state of terror for a good two hours and 15 minutes. It also has a James Wan-trademark demon very similar to a creature from Insidious. Every haunted house movie and possession movie cliché is present here, from creaking doors, talking walls, creepy children, and objects moving on their own, but they're used to great effect, and sometimes even to comedic effect. Wan is an expert at playing with audience expectations, and he knows exactly how to play a scene so that even if you already know how it will turn out, it will still scare the lights out of you. 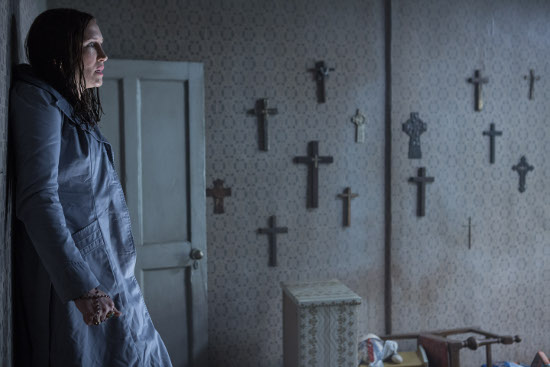 Atmospheric and restrained, Wan sometimes even lets the viewers in on the scare before his own characters, and it's even all the more terrifying when you spot the scare before the characters do. A lengthy haunting scene with a scary painting is a highlight, as well as one with a toy firetruck. Stylistically, the film is dripping with great costume and production design, and eerie cinematography (the film's use of darkness is a stand-out). Often using long takes where the camera goes through walls and windows, canted framing, angles, and creative transitions, the movement of the camera only helps in hightening tension to bring out a maximum scare.

Story-wise, The Conjuring 2 never quite lives up to the first's emotionally powerful exploration of Ed and Lorraine's relationship and a family's need to stick together in times of crises, but it definitely tries. It takes about an hour before the Warrens collide with the Hodgsons, extending the movie longer than it needs to be as Wan and the film have to really wring out every haunted house movie sequence out there just to fill the time. Even so, the cast and crew come together to scare the pants off the viewers.

Farmiga, in particular, an actress who has always raised the level of any material she works with, is stunning here again. Even when her lines are as silly as "What about my premonition?!", she brings a different energy to the table, as if she's coming into this like a character from a heavy drama than one from a supernatural movie. The film also grapples with the idea that this whole thing may be a hoax, and had we not watched an hour of the Hodgsons getting terrorized on their own, this plot point would have become even more interesting. However, this film is here to scare, and that it does in flying colors. 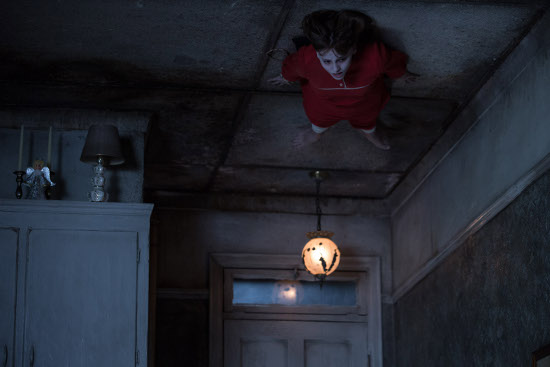 The Conjuring 2 works incredibly well as a horror film, but the audience also needs to open itself up to being scared by the same haunted house schticks they've seen before. The film's "hiding under a blanket at night" or "I've only got a lousy flashlight" sequences feel familiar, but Wan's direction and the film's overall style—from the cast,  camerawork, lighting, and sound—allow these to still be petrifying, exciting, and heartbeat-racing, even if you're only watching half the screen behind your fingers.