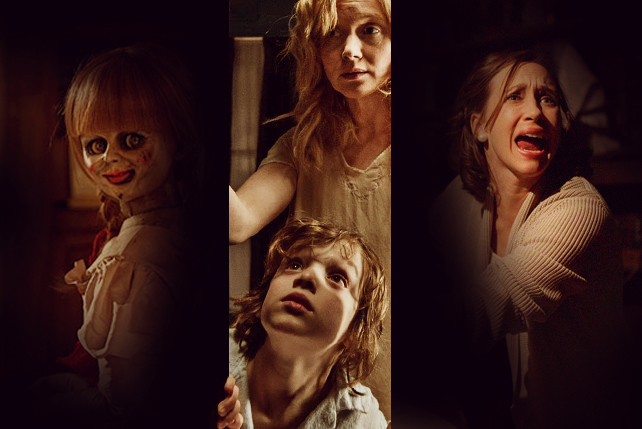 In honor of The Conjuring 2: Flicks that will have you sleeping with the lights on! 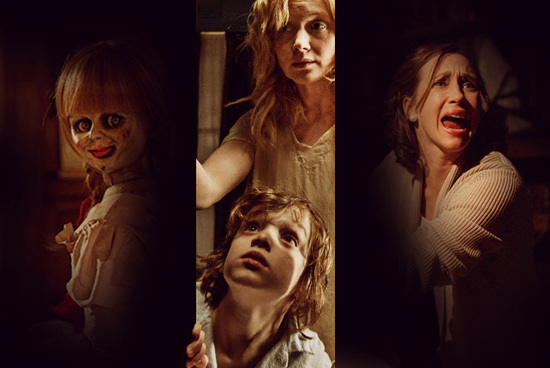 (SPOT.ph) Whether you're screaming at characters to not open the door, watching an exorcism behind your fingers, getting creeped out by the weirdest people, or jumping off your seat, watching horror films will always be a thrilling experience.

From the frightening demonic days of The Exorcist, The Omen, and The Shining, to the bloody slasher era of A Nightmare on Elm Street and Halloween, to spooky ghosts and monsters in Poltergeist and The Thing, horror cinema has given us so many classic films that keep us up at night, and the genre only continues to grow. Original stories both creepy and terrifying continue to emerge, and this new batch of modern horror flicks are just as thrilling and exciting as the classics. Be warned: You might need a movie buddy for this one.

This list only includes horror films released from 2001 onwards. Asian horror films were excluded from the list.

Take it from us: You're Next will make you want to make sure all your doors and windows are locked. Taking home-invasion thrillers and animal masks to a horrifically new level, Adam Wingard's bloody, twisted slasher film starts off like most, wherein a group of people gather at one house. Not long after, the houseguests are picked off one by one by assailants in animal masks using crossbows, garrote wires, and axes. The houseguests try to fight back, and a brutal battle ensues, with each character just praying they won't be next on the kill list.

Building on what The Blair Witch Project had done eight years before, Paranormal Activity brought the found-footage style into the home–the safest place we know.  A couple that believes a supernatural presence is haunting their family puts up cameras all over their house to gather any evidence, and boy, do they get it. In some of the most recognizable horror sequences of the last 15 years, Paranormal Activity brings fear and scares not just into the home, but into your own bedroom.

Set during the Spanish Civil War, this period piece ghost story from horror-fantasy aficionado Guillermo del Toro (Cronos; Crimson Peak; Pacific Rim) is both a reflection on Spanish history, and an eerie film about a boy-ghost haunting an orphanage. Unsettlingly gorgeous in how it's filmed, and with a real spooky-looking ghost kid, The Devil's Backbone is a different kind of horror film that will still give people the creeps.

This Nicole Kidman-starrer is one of the earlier horror films of the noughties that really transcends its genre in terms of awards and popularity. The Others, about a mother and her two photosensitive children who believe they are haunted, is not just psychologically scary, but it's stylish and elegantly written. It has a memorable late-game Shyamalan-like twist that changes the film entirely (which you've probably already heard of). It shows that horror films can be more than just scares, gores, blood, and frights, paving the way for the genre to grow.

James Wan is one of the most recognizable directors in horror today, with films like Saw, Dead Silence, and Insidious under his belt. His most accomplished horror film to date, though, is the hit 2013 flick The Conjuring, as well as its 2016 sequel. Using old-school horror techniques and updating them to be even scarier, The Conjuring is about real-life paranormal investigators Ed and Lorraine Warren (Patrick Wilson and Vera Farmiga) and the numerous cases of hauntings that they encounter. While the film hits very many horror beats we've seen before, its stylish presentation, stunning practical effects, and frighteningly creative sequences make it one of the scariest films to date.

"If it's in a word or it's in a look, you can't get rid of the Babadook." Taking the form of a children's pop-up book monster, the Babadook is an instant classic movie villain, and the film is an instantly memorable psychological horror. After the death of her husband, Amelia has raised her six-year-old son half-heartedly, and the latter begins to develop nasty, unstable behavior. One night, a pop-up book appears out of nowhere, and they are tormented by a mysterious figure bent on destruction. Tackling themes of grief and coping, as well as just being hands-down spooky, The Babadook chooses smarts and suspense over straight-up jump scares, and that makes it even better.

When the George A. Romero zombie films (Night of the Living Dead; Dawn of the Dead) introduced a wide audience to this specific horror genre, zombies were presented as slow-moving, mindless but murderous monsters. In Danny Boyle's hyperactive and fast-paced 28 Days Later, the virus-stricken "infected" are faster, smarter, and scarier-looking. This film effectively changed zombies in modern cinema, as well as the zombie films themselves. A population-less London is enough to give anyone the creeps.

Influenced by horror films of the '70s and '80s, It Follows is a dreamy, stylistic, and absolutely eerie film about being, well, followed by a supernatural killing monster. After college student Jay has sex with her boyfriend for the first time, he promptly ties her up and explains that he's now passed on to her the curse of a humanoid (that can take any human form) that will follow her until she is caught and killed, or until she passes the curse on to someone else through sex. A lot has been written about the film being an allegory to STDs, but even without that thought, the film is still an original piece of creepy horror rarely seen today.

As one of the best vampire films ever made, Sweden's Let the Right One In is equal parts horror, coming-of-age, fantasy, and romance. The quiet, bullied 12-year old Oskar meets his new neighbor Eli, who appears to be a girl his age. Eli is quick to tell Oskar that they should not be friends. We begin to discover that Eli is actually a vampire, and the man she is with is actually someone who kidnaps and kills people so that she can drink their blood. Oskar and Eli's relationship, and Eli's vampiric tendencies become the focal point of this beautifully made horror film that is both sweet and sickening. An American remake, Let Me In, starring Chloe Moretz is also worth watching.

Blending terrifying monsters, claustrophobic spaces, blinding darkness, and shocking, bloody sequences, there's nothing quite like Neil Marshall's The Descent. While on the way back from a trip with her friends, a woman named Sarah gets into a car accident, killing her husband and daughter. One year later, Sarah and her friends reunite for the first time to go spelunking, but problems only escalate when they get trapped. Taking cues from classic horror films like The Thing and The Texas Chainsaw Massacre, this horror-adventure hits scare spots like being buried alive, claustrophobia, and unknown things in the dark. Featuring an all-female cast and twists, The Descent stands out in many ways, and its ending will haunt viewers for days.