The SPOT.ph Guide to Cinemalaya 2016 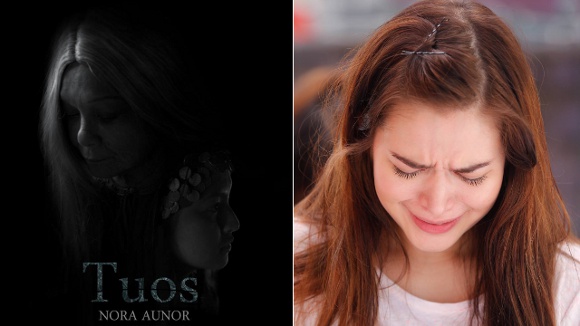 (SPOT.ph) Heads up, movie fans! Cinemalaya is back, and it's bigger than ever. This year, the popular film festival features nine entries for the Main Competition category, 10 entries for the Short Film category, as well as additional sections, including: Festival's Best, Asian Showcase, Documentaries, and Special Screenings.

The festival runs from August 5 to 14, with screenings at the Cultural Center of the Philippines (CCP) and selected cinemas in Ayala Malls, including Greenbelt 3, Glorietta Mall, TriNoma Mall, and UP Town Center. Ticket prices are P150 (regular screening) and P100 (students).

Here are the nine feature-length entries you can expect at this year's Cinemalaya.

Ponching is a pious young man who dabbles in petty crime. One day, he decides to venture into text scamming, only to unintentionally convince a rich family that he is the estranged son of their late relative.

He survived the Death March and Martial Law, and also lost his legs, so Justino decides to become an atheist. When his wife passes away, he ends up scouring her diaries in search of parts of her that he can still hold on to...and gets far more than he ever bargained for.

This film chronicles the twilight years of Huse and his three other friends in a hospice facility. After his friends all leave the home, Huse finds solace and companionship in an unlikely place, all while reliving distant memories of his past.

This dramedy revolves around a young woman's quest to complete her U.S. visa requirements so she can meet her father for the first time. Things get complicated when her father abruptly decides to visit her small town in Olongapo.

This film narrates the life story of Juanita, who discovers her passion and talent for cooking as a young child. With her kitchen as her refuge, she bears witness to the colorful lives of the people who dig into her dishes.

Lando is a 40-year-old high school dropout who is loathed by his rebellious 15-year-old son, Bugoy. In order to convince Bugoy to go back to school, Lando promises to complete his studies alongside his son—all while struggling to keep their relationship from falling apart.

A middle-aged woman named Carmen is poised to shut down her unpopular eatery at the foot of Mt. Arayat when a mysterious American begs her for work in exchange for shelter. Business suddenly booms, but Carmen learns of his unfortunate past and is torn between letting him stay or firing him.

A teenage couple living in the slums of the Metro survive by stealing from unassuming passersby. Their lives change when they unintentionally become parents.

Nora Aunor plays Pinalog, a binukot or a maiden traditionally kept in solitary confinement by her tribe. When the time comes for her to pass the tradition onto the next generation, her young granddaughter falls in love, threatening the sanctity of their tribe's age-old beliefs.

Cinemalaya 2016 Cinemalaya Metro Manila News
Your Guide to Thriving in This Strange New World
Staying
In? What to watch, what to eat, and where to shop from home
OR
Heading
Out? What you need to know to stay safe when heading out