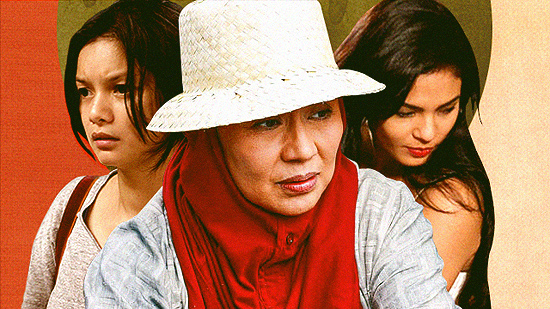 (SPOT.ph) Can you believe Cinemalaya has been around since 2005? We've had our fair share of compelling and memorable indie standouts, whether it's 2005's Ang Pagdadalaga ni Maximo Oliveros, 2011's Ang Babae sa Septic Tank, or 2012's Bwakaw. If you missed out on some previous film festival entries or you just want to watch a thought-provoking Filipino film, we round up 10 Cinemalaya movies and where you can catch them online.

Leo (Jason Abalos) is forced to quit school and take on various contractual jobs to support his family. His relationships are just as short-lived as his jobs—that is, until he meets a spirited young woman named Tanya (Ina Feleo) who changes his life.

Told through the eyes of a 10-year-old boy, this film delves into the dangerous world of Tondo, as well as the petty criminals immersed in the underground rap and hip-hop scene. Things escalate when a seemingly random murder triggers a bloody gang war.

Directed by the late Francis Pasion and starring Baron Geisler and Coco Martin, this movie revolves around Jay Mercado, who is murdered because of his sexuality. A gay television producer named Jay Santiago decides to create a documentary on the hate crime, manipulating and sensationalizing the family's grief and poverty for higher ratings.

In her desperation to work abroad, a pirated DVD vendor named Lizette (Meryll Soriano) sells her kidney to a wealthy Arab patient. When a law banning organ transplants between Filipinos and foreigners is passed, Lizette agrees to marry the man just so the surgery could push through.

This dramedy by Jeffrey Jeturian stars Vilma Santos as Loida, an upbeat and hardworking woman who takes a job as an extra in a local soap opera. As the shoot goes on, the film reveals the exploitation of marginalized, small-time laborers on production sets.

A young woman (Lovi Poe) suddenly gets cold feet right before her wedding when a mysterious man arrives (Paulo Avelino). It turns out that he may have ties to another man (Benjamin Alves) from her distant past.

Moises (Ping Medina) is a Filipino single father working as a caregiver in Tel Aviv, Israel. He befriends his neighbor, another Filipino named Janet (Irma Adlawan) and her daughter, Yael (Jasmine Curtis-Smith). When the Israeli government announces plans to deport children of migrant workers, Moises and Janet decide to hide their families from immigration police.

Babagwa is about an Internet scammer who attempts to swindle a wealthy woman by creating a fake Facebook profile. He gets more than he bargained for when he begins to fall in love with her. Directed by Jason Paul Laxamana, it stars Alex Medina, Alma Concepcion, and Joey Paras.

This film depicts the plight of K'na, a young T'boli woman who is chosen to be a dreamweaver. This gives her a chance to bring peace to her her village's warring clans, but she may have to give up her true love in order to do it.

After almost 20 years of marriage, Jimmy (Nonie Buencamino) and Issey's (Eula Valdez) relationship is crumbling. During a writers' workshop, the latter is drawn to a young student (Martin Del Rosario), whose non-fiction piece on his sexual awakening embroils all three of them in a scandal.

Cinemalaya Films Filipino Films Indie Films Film Festival
Your Guide to Thriving in This Strange New World
Staying
In? What to watch, what to eat, and where to shop from home
OR
Heading
Out? What you need to know to stay safe when heading out