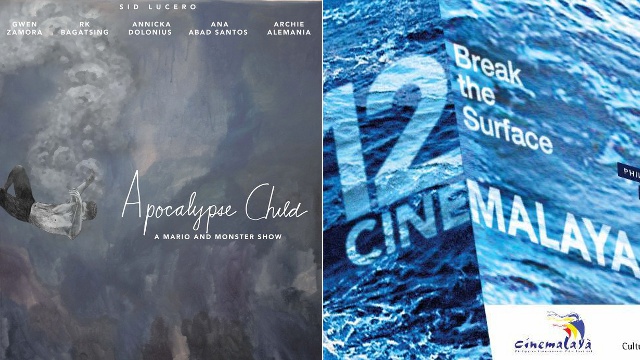 Missed out on some film festivals? Cinemalaya 2016 will save the day

There's more to this year's festival than just the Main Competition films!

(SPOT.ph) Have you ever wanted to catch one of Manila's local film festivals, but never seem to find the time once it rolls around? This year's Cinemalaya can help!

Beyond its roster of nine, full-length Main Competition films, Cinemalaya 2016 will also feature Filipino indie cinema under Festival's Best, which showcases award-winning movies from local film festivals. The section will only be screened at CCP venues from August 5 to 14. Here are the six films you shouldn't miss.

Set in the idyllic surfing town of Baler, Ford (Sid Lucero) is a carefree man who may or may not be the son of legendary Hollywood director Francis Ford Coppola. As another surfing season comes to a close, he must grapple with the myths surrounding his life.

Ari: My Life With A King

A young student named Jaypee (Ronwaldo Martin) is tasked to find Dado Guinto (Francisco Guinto), a distinguished poet who is supposed to attend a ceremonial tribute to famous alumni of a school. The film deals with themes on regional identity and cultural preservation.

Three stories all happening in one day unfold along the stretch of EDSA. An opportunistic businessman develops an unlikely friendship with a street kid. A teacher from the province attemps to haggle with a former OFW-turned-taxi driver. A snatcher tries to reform himself with the help of a nurse.

This dramedy revolves around a feisty but terminally ill old lady who has learned to accept her imminent fate. One day, she receives a letter from her estranged daughter who promises to visit for Christmas. This leads her to go to great lengths to prolong her life.

A 70-year-old woman named Virginia (Elizabeth Oropesa) shares an old, ancestral house with her loyal housekeeper, Delia (Lotlot de Leon). Their quiet life together is shattered when the latter tearfully tells Virginia that she wants to return home to the province to start a new life with her long-time boyfriend.

Ned (Angeli Bayani) is a lesbian tattoo artist who longs for motherhood, despite the protests of her long-time girlfriend. This comedy centers on Ned's desperate attempts to have a child, including joining a talent reality show with a cash prize that she can use to fund her artificial insemination procedure.