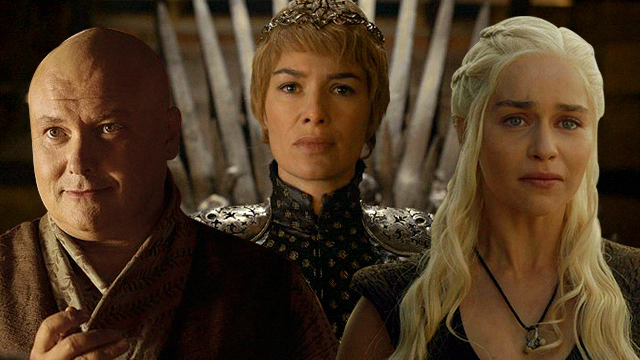 Nope, we're still not over it. 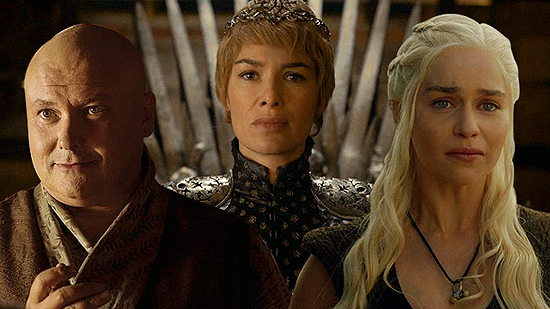 (SPOT.ph) Game of Thrones, being the riveting show (and book series) that it is, thrives on plot twists. It keeps fans on their toes as they eagerly await for new installments, even if there is a (very, very) high possibility that their favorite characters can die at any moment. In fact, they're so dedicated that they can wait for at least a year until the next season-slash-book. To pass the time, plenty of fans have begun to come up with their own theories, especially now as the show winds down to a close.

We go beyond the infamous R+L=J theory and instead, focus on the craziest and most ridiculous fan theories out there. Be warned: Spoilers abound!

Okay, this is pretty much debunked because as we all know, the guy was brutally stabbed by his son, Ramsay. However, some fans of both the books and the show believe that Roose is a blood-sucking vampire capable of taking someone's identity a la Faceless. This stems from his description in the book that says he never looks older or has any lines on his face, and that he’s never seen with a glass of wine because he only drinks blood. Hey, if skipping the occasional glass of vino could get us the same results then sign us up for a water diet!

9. Dragon glass is made from fecal matter

A Game of Thrones list isn't complete without dragons and even they aren't spared from the crazy fan theories. In the book and TV series, dragon glass is the only material capable of killing White Walkers (a.k.a. GoT zombies). However, one fan ruined everything and suggested that dragon glass is nothing but dragon fecal waste. Believe it or not, it's backed with a lot of scientific evidence, too.

Read more about the mystical powers of dragon dump.

Everyone's favorite cunning dwarf, Tyrion Lannister, has been hated by his family ever since his mother died giving birth to him. It didn’t help that he looked different from his family, too. Fans came up with the theory that Tyrion is actually the son of the Mad King Aerys Targaryen, whom the book says was attracted to Tyrion's mother. Maybe that would explain why Tyrion wasn’t burnt to a crisp by Daenerys’ dragons when he was trying to take off their chains?

7. Daenerys Targaryen has no claim to the Iron Throne

Imagine being Daenerys Targaryen and having to spend six seasons trying to get to Westeros and stake her claim on the Iron Throne only to be smacked with technicalities. Some fans believe that Aegon Targaryen was not actually killed as a baby, and was secretly smuggled across the country so he could someday return to Westeros. What makes this theory so crazy is that if Aegon is alive, then by Westeros laws, he would end up having a stronger claim to the Iron Throne than Dany...thus eliminating her entire storyline.

6. Dany is a time traveler

Game of Thrones is no stranger to magic; after all, one of the biggest plots of the show revolves around ice zombies, so it certainly isn’t about to draw the line at time travel. (Remember Bran Stark and Hodor?) That being said, Dany disguised in a mask and traveling back in time to warn herself of danger when she was at Qarth is a bit of a stretch even for this show. There must be some limit as to what can happen, right? Or is there...

This theory is a little tricky to follow even for seasoned fans, because it involves a lot of time traveling and symbolism. Basically, Dany’s son, Rhaego, who died because of the witch Mirri Maz Duur (she was responsible for killing Khal Drogo in Season 1) was transported into the womb of Joanna Lannister (Tyrion's mom) by blood magic. It is said that when Dany gave birth, her baby looked "monstrous" and that it had scales and wings and a tail. Fans theorize that Tyrion has been described in a similar manner throughout the books, hence, the possibility that Dany could be his mother.

This is a follow-up to the theory that Tyrion is Dany’s child so of course, it’s just as confusing. Bear with us here. According to this theory, Mirri used Khal Drogo’s soul in transporting Tyrion into his mother's womb and while doing so, the latter absorbed Drogo’s soul into his normal Lannister self. If Tyrion marries his "mother" Dany, it will complete the prophecy that promised Drogo will be back "when the sun rises in the west and sets in the east…Then he will return, and not before." Are you getting an Oedipus vibe yet?

3. Varys is a mermaid

Time travel, dragons, and ice zombies? We might as well add mermaids to the mix. (Heck, there are already some book references to "squishers" or fish-like creatures who walk on land.) The manipulative Varys, a member of the King's Small Council, has always been a mystery to the characters and audience alike. The theory is based on a number of ridiculous, minute details, including Varys' "slimy" smile and that he has no bed in his quarters.

Read more about Varys' double life as a mermaid.

2. Jaime and Cersei are Targaryens

This theory explains the incestual relationship between the twins, Jaime and Cersei Lannister, and how it lines up with the Targaryen tradition of marrying their own kin to keep the bloodline pure. Even Dany once said that if she weren’t wed to Drogo, then her husband would have been her brother, Viserys. The similarities don’t end there; blonde hair with extremely attractive physical appearances and of course, Cersei’s occasional madness are possible Targaryen traits as well.

1. Cersei dies at the hand of her brother-slash-lover

It isn't Game of Thrones without tragedy, and this popular fan theory is full of it. The tragic demise of Cersei and Jaime all stems from a prophecy that claims she will eventually be choked to death by one of her brothers. It's a pretty lengthy prophecy that's worth the read but long story short, most of it has come true for Cersei. Enter the last episode of Season 6 where Cersei sits atop the Iron Throne, driven to madness with her lust for power. It's an act that parallels Jaime's narrative—after all, he once killed the Mad King to prevent this exact thing from happening. If this does end up on the show, well...that would be great TV.