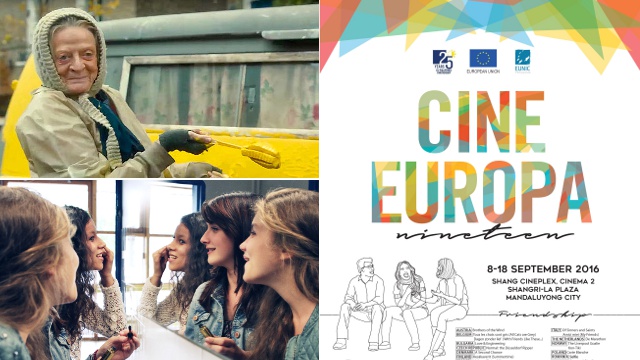 The SPOT.ph Guide to the 19th Cine Europa Film Festival

Gear up for 20 films from all over Europe! 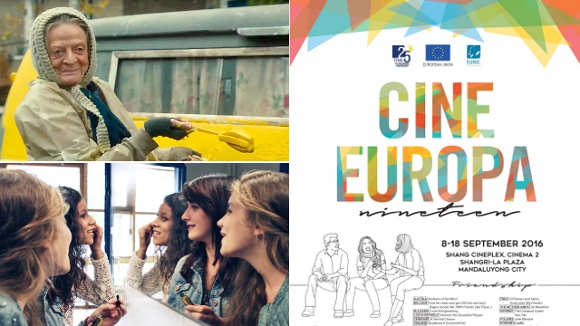 (SPOT.ph) You don't need to book a pricey plane ticket to get a taste of European culture. Instead, you can mark your calendars for September 8 to 18 for the 19th Cine Europa Film Festival. Catch 20 different films from all over Europe under one roof at the Shang Cineplex in Shangri-La Plaza.

Best of all, admission is free! Just be there at least an hour before screening time, as entrance is on a first-come, first-served basis. Here are the 10 films you shouldn't miss this year.

This heart-warming drama revolves around rebellious upper-class teenager Dorothy and a kind-hearted amateur detective named Paul. She asks for his help to search for her biological father, only to find him in the most unexpected way.

A Bulgarian computer engineer named Atanas somehow manages to develop a formula to find the perfect wife. He then uses his fellow engineers as guinea pigs, and sends them out to test his theories in the real world.

Starring Hitman's Ulrich Thomsen and Game of Thrones' Nikolaj Coster-Waldau, this film delves into the close friendship of detectives Andreas and Simon, who both lead vastly different lives. However, their friendship is put to the test when the two of them are called to a domestic dispute between a junkie couple.

Between February 1929 and October 1931, Peter Kuerten brutally murders eight people and attacks many others. When he eventually gives himself up to the police, a young ambitious lawyer named Justus Wehner is assigned to defend him. The more Wehner delves into Kuerten's sadistic psyche, the more he loses his grip on himself.

Two sisters named Charlotte and Caroline both fall in love with a controversial young writer named Friedrich. Defying the conventions of the time, they decide to share their love with him...that is, until things get very complicated.

Of Sinners and Saints

A young Italian priest named Leonardo Rossellini is assigned to a parish in Payatas, Manila, where he counsels battered women and teaches English to children. When he encounters his former flame, Merlinda, he tries to save her from her abusive husband.

Inspired by a true story, Carte Blanche is about a beloved high school teacher who is so dedicated to his job that he tries to hide the fact that he's slowly losing his sight.

The events of this film unfold in a single night, weaving together the stories of four ordinary people caught in extraordinary situations. The one thing they have in common? A 24/7 neighborhood store.

This Spanish comedy tells the fictional love story of a beautiful woman named Leonor, who is torn between playwright William Shakespeare and novelist Miguel de Cervantes. (Fun historical fact: Shakespeare and Cervantes passed away on the same day!)

The Lady in the Van

This U.K. film is about the relationship between renowed writer Alan Bennett (Alex Jennings) and an elderly woman named Miss Shepherd (Maggie Smith), who "temporarily" parks her van in the former's driveway and ends up living there for 15 years.

For the complete list of films and schedule, visit the European Union in the Philippines' Facebook page or call Shangri-La Plaza at 370-2597 or 98.