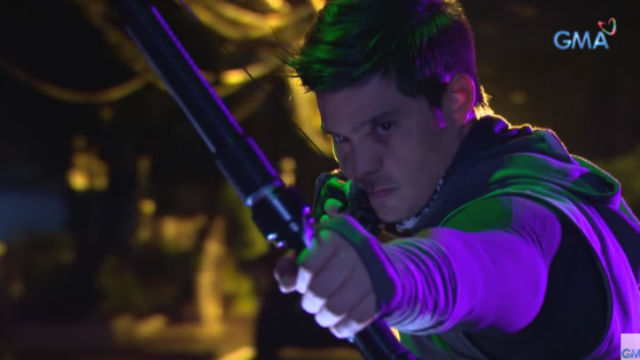 Even Arrow star Stephen Amell has given his two cents.

(SPOT.ph) A new primetime series from GMA Network has been the talk of the town lately, but not for the reasons they probably hoped for. The network recently unveiled a teaser trailer for Alyas Robin Hood, which stars Dingdong Dantes as its titular hero.

Superhero fans were quick to draw comparisons between the show and The CW's currently airing series, Arrow. (It didn't help that viral fanart created by a local blog fooled some people into thinking it was Alyas Robin Hood's official poster.)

The news eventually reached Arrow lead Stephen Amell who shared the post, captioning it with a shocked emoji. Fans immediately trooped to the comments section to apologize for the "rip-off" and "lack of originality" of the series.

Meanwhile, the show's concept developer and creative consultant Suzette Doctolero, clarified via Facebook comments that both series are based on the tale of outlaw Robin Hood, which is already in public domain, and that her version is inspired by the British folklore and not the CW series.

So far, GMA Network has yet to release an official statement on the issue. Doctolero was also behind some of the network's biggest shows, including Encantadia, My Husband's Lover, and Amaya.

Of course, the Internet is already having fun with the controversy (above).