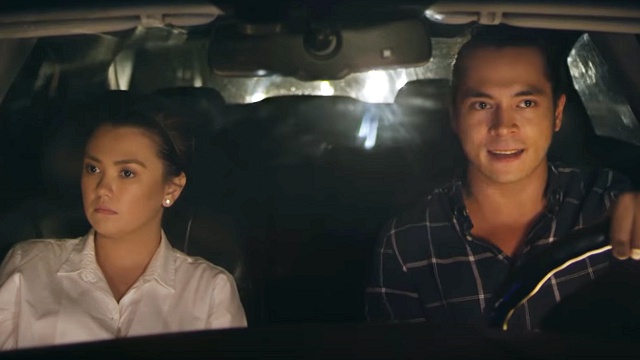 (SPOT.ph) Film festival season is in full swing, and Pinoy movie fans have plenty of reasons to troop to cinemas this year. If your busy schedule always gets in the way of your movie experience, Globe has launched a new independent film festival that will release all its entries online.

To inspire budding filmmakers, Globe has premiered a roster of new short films from popular and acclaimed local indie directors. You can watch all five short films (each running at about five to 10 minutes each) right from your couch.

This charming five-minute short film revolves around a group of motorists stuck in—what else?—rush-hour traffic in the Metro. Expect a lot of surprising, cute, and hilarious moments.

Director: Bb. Joyce Bernal (Kimmy Dora, Don't Give Up On Us)

Like its title, the film is a ode to the loyal friends who ride-or-die with you, no matter the romantic situation. They're probably the ones you immediately lean on for love advice, too.

How To Find Love

Ahh, remember the simpler days of reto and telebabad? In this 10-minute clip by Quark Henares, he explore the perils of modern-day dating and the hopeless search for romance via Tinder and Instagram.

This short drama is a snapshot into the life of an elderly Jewish woman, who came into the country in 1929 after President Manuel L. Quezon welcomed 1,300 Jewish refugees from World War II.

This film is a touching portrait of a relationship between a father and son, who both dream of becoming painters. Prepare some tissues for this one.

As for the film festival, the judging panel includes director Antoinette Jadaone and TV host Bianca Gonzalez-Intal. Winners will be announced in November.