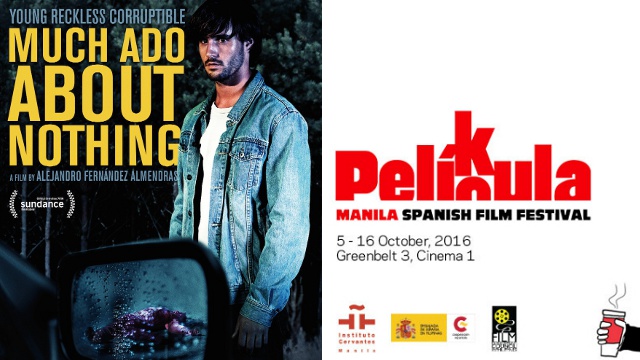 Catch 18 award-winning films from Spain and Latin America for just P100 each!

(SPOT.ph) Who says you need to shell out to have a taste of Spanish life and culture? Just head to this year's Pelicula Pelikula: Spanish Film Festival, happening from October 5 to 16 at Greenbelt 3 Cinemas.

Now on its 15th year, the long-running film festival is showcasing 18 provocative and award-winning movies from Spain, Colombia, Argentina, Chile, and Venezuela at just P100 a ticket. You can purchase tickets via SureSeats or at the cinema lobby.

Here are 10 films you shouldn't miss this year:

Aquí no ha pasado nada (Much Ado About Nothing)

Screened at both Sundance Film Festival and Berlin International Film Festival, this 2016 drama from Chilean director Alejandro Fernández Almendras is about a wealthy and irresponsible kid who becomes the main suspect in a deadly hit-and-run incident.

Set in the early 1900s, a young shaman in the Colombian Amazon decides to help a sick German explorer and his local guide in search of a rare, healing plant. The drama won the Art Cinema Award in the Directors' Fortnight section of the 2015 Cannes Film Festival, and was nominated as Best Foreign Language Film at the 2016 Oscars.

Rocio is an unemployed single mother who copes by working poorly paid odd jobs or asking for help from her kind neighbors. The heart-wrenching film is a painfully honest depiction of the economic crisis in Spain.

This film revolves around a wealthy and successful photographer named Diego, whose life is shattered when his partner falls into a coma. He must now try to form a relationship with his estranged son.

This gripping film narrates 24 hours in the lives of three men whose unbridled partying and revelry leads a trail of destruction in their wake.

This Spanish-Argentine thriller revolves around the planned heist in the headquarters of a bank in Valencia. When things go awry, distrust and confrontation begin brewing between the two leaders of the group.

Based on the real-life case of the Puccio Clan that shook Argentine society in the '80s, this film delves into the secretly sinister and murderous lives of a very wealthy and powerful family.

After 13 years of living in Spain, a jobless Hassan decides to return home to Morocco via a secondhand tractor that he bought with his life savings. What follows is an unforgettable journey across borders as he meets a roster of colorful characters.

This Cannes-winning Colombian film zeroes in a dysfunctional family and their final days as they try to repair what's left of their relationships.

Tired of unemployment and bleak job prospects, a pair of Spanish university graduates decide to move to Germany in search of a better life. Naturally, it doesn't come as easily as they had hoped.

Film Festival Guide Spanish Film Festival Pelicula Pelikula
Your Guide to Thriving in This Strange New World
Staying
In? What to watch, what to eat, and where to shop from home
OR
Heading
Out? What you need to know to stay safe when heading out