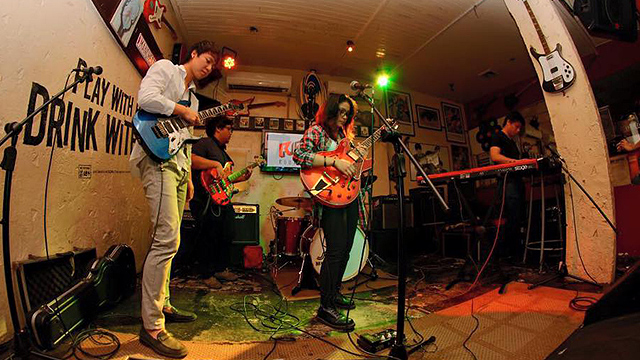 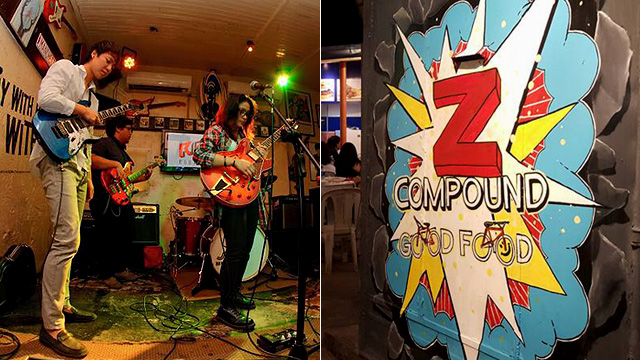 (SPOT.ph) There's a lot of talk about independent music these days. What was once hush-hush is now taking the spotlight. Locally, more and more wide-eyed and strikingly talented artists are slowly but surely making waves in the thriving indie music scene. In fact, there are plenty of places in the Metro that have become hotspots for some indie music appreciation. If you're looking to show some love, we suggest reading on. 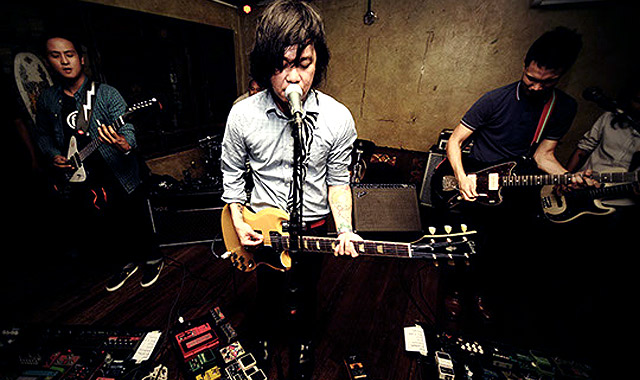 What to expect: Up-and-coming acts mixed with old favorites

SaGuijo has been around for over a decade, and it's still a great place to spot the next big thing in local music. Young and aspiring musicians, whether as solo performers or as a group, often get their start at this well-loved dive bar. SaGuijo is unpretentious, a tad gritty but still charming. You can expect various acts like BP Valenzuela, The Ransom Collective, Ourselves the Elves, Cheats, and Pedicab to hit the stage here. 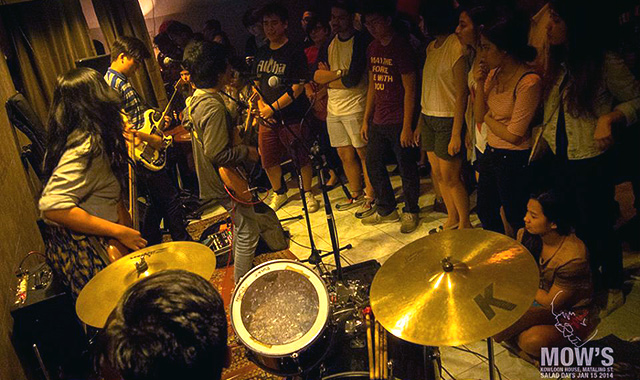 What to expect: College bands and cheap beer

Mow's, one of the younger music joints in Manila, is a hit with college students, and we totally get why. The music is refreshing, and the beer is cheap. College bands frequent the joint, but every now and then, talented performers of Comedy Manila also take the stage. When it comes to food, guests can order from the Kowloon House directly upstairs. Some of the acts that have performed at Mow's include Farewell Fair Weather, Tom's Story, Hansom, Run Dorothy, and Oh, Flamingo. 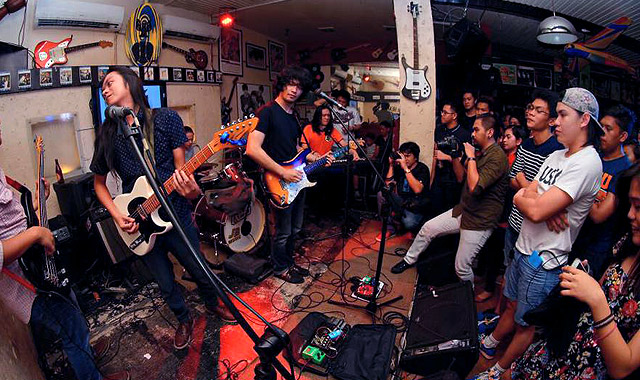 What to expect: A diverse lineup and good grub

No live gig list would be complete without Route 196. It usually plays host to established local bands, but it's also home to a handful of fresh names. Among the younger artists that have graced the Route 196 stage are TheSunManager, Tandems '91, CRWN, Reese Lansangan, and Fiona. Here you'll find a mixed crowd of college students, yuppies, and older music lovers. Don't forget to dig into some bar chow while you're at it! 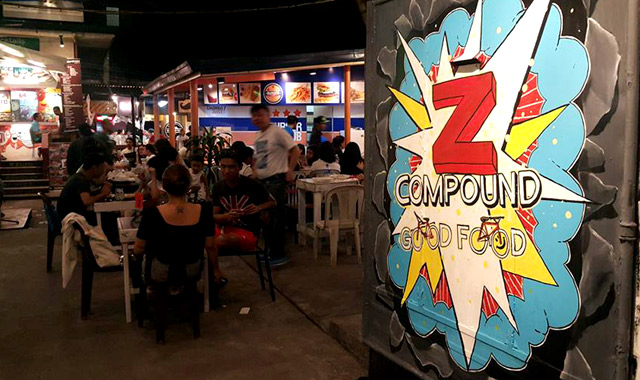 What to expect: Different cuisines and the occasional acoustic performance

Z Compound is a good pitstop before or after catching your favorite indie acts. You can load up here pre- or post-gig and with the variety of options, you’ll surely find something to satiate your palate. A lot of musicians drop by the space because there are several recording studios located in and around the area. There are also occasional acoustic performances of pop hits, which can be a welcome break from the usual music you listen to. 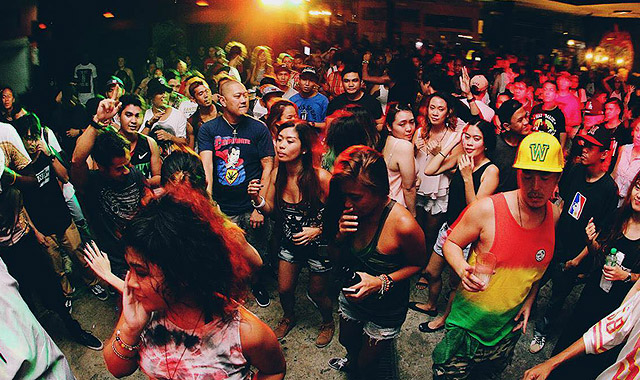 What to expect: Indie artists from different genres like reggae, rock, and even goth

B-Side is best known for Irie Sunday, a weekly party featuring reggae music by local and international artists. But that's not all it has to offer. The joint also hosts gigs and events featuring both mainstream and independent acts across various genres like punk rock, electronic, rap, and goth. Autotelic, Ang Bandang Shirley, Sandwich, Chicosci, Loonie, CRWN, and Curtismith have performed here. 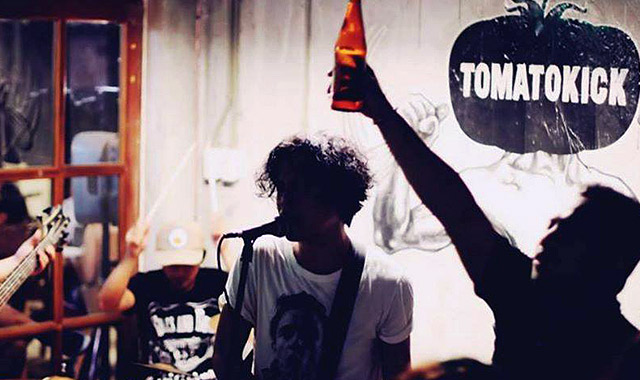 What to expect: Established bands and indie acts

The Tomas Morato branch of Tomato Kick has become a go-to place for quality gigs. It has hosted big names as well as rising musical acts such as Tarsius, Assembly Generals, We Are Imaginary, The Strange Creatures, and Pastilan Dong. The youthful vibe of the venue adds to the overall experience, which also includes the occasional improv show or two. 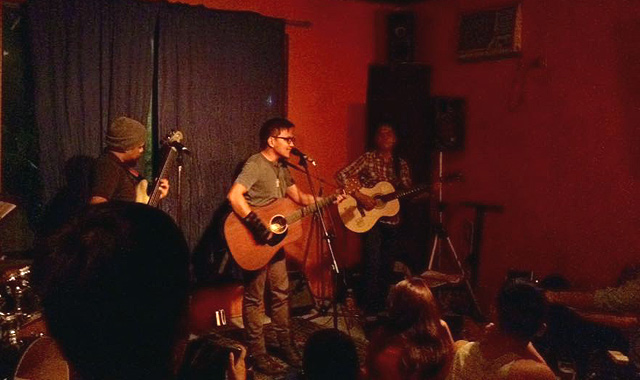 What to expect: Acoustic and folk music alongside spoken word performances and poetry readings 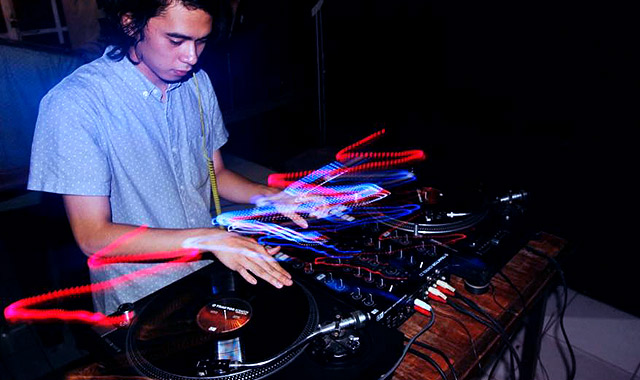 What to expect: DJs from the local indie scene, plus loads of hipster fun

Depending on the theme and lineup, Today x Future can either be a laidback bar-slash-restaurant or a really happening club. Whatever the setup, it's always a good time at Future. DJs spin everything from pop, jazz, techno, and indie. Joey Santos, Diego Mapa, and the Panty Monster DJs, among others, have spun at Future. It's a known hipster hangout, so you'll naturally see some familiar faces from the local indie music scene. Future also hosts art exhibits and other fun events. 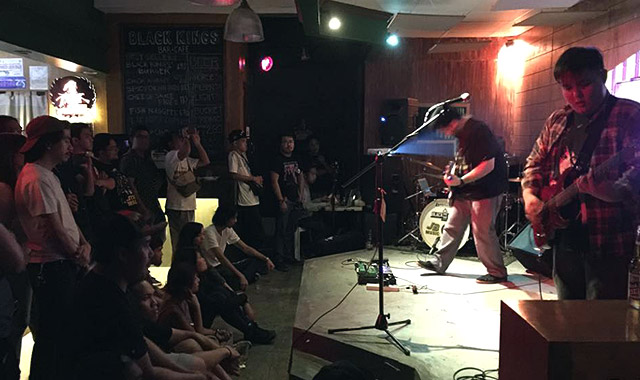 What to expect: Rock and metal music

Black Kings Bar x Cafe gives rockers and metalheads a musical home. You can catch some under-the-radar bands like Saving the Dying Hope, Prophets of Memories, Infernal Vortex, and Wasted Chemical. The spot, which looks very much like a man cave, also serves cheap beer and affordable grub. 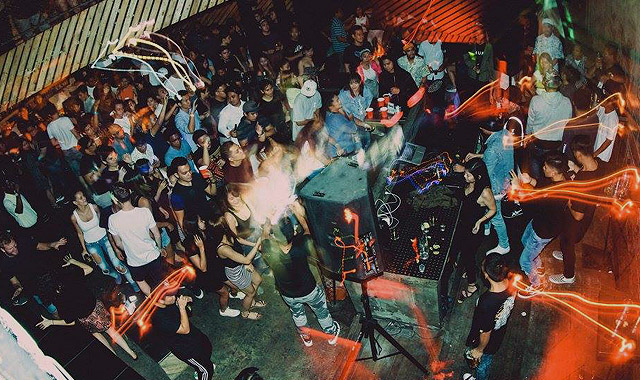 What to expect: Well-curated music that spans across a diverse array of genres

You'll need to keep an eye out for Black Market, but its hole-in-the-wall charm is part of its appeal. This isn't your run-of-the-mill club, and you can expect its musical lineup to be the same way. While you're there, cap off your night at Finders Keepers—a "hidden" speakasy where you and your friends can kick back with their wide selection of spirits.

What to expect: Electronic house and techno music

Looking to party the night away? XX XX (pronounced 20/20) is a new, underground club that just launched early this year. Their music features heart-pumping DJ sets by Mulan, Samantha Nicole, Jess Milner, and more, but you'd want to stay for the pumped-up crowd and cocktails. Interested? You'll need to head to their website to book a table.

Xx Xx Black Market Black Kings Bar X Cafe Today X Future Conspiracy Garden Cafe Tomato Kick B-side Z Compound Route 196 Mow's Saguijo Cafe Bar Indie Music Opm Manila Gigs Live Gigs
Your Guide to Thriving in This Strange New World
Staying
In? What to watch, what to eat, and where to shop from home
OR
Heading
Out? What you need to know to stay safe when heading out