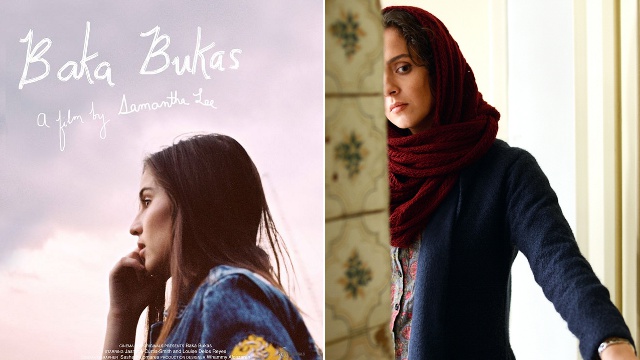 10 Must-See Movies at Cinema One Originals 2016

From foreign films to indie gems, there's so much in store for movie fans this month.

(SPOT.ph) Movie fans are in for an exciting November as the annual Cinema One Originals rolls into theaters. Now on its 12th year, the festival is showcasing an all-new roster of local indie films, as well as intriguing documentaries, award-winning foreign films, and restored Filipino classics.

C1 Originals runs from November 14 to 22 at selected cinemas in Trinoma, Glorietta, Gateway, Greenhills, and Cinematheque Centre Manila. Ticket prices are at P150 for students, P200 for non-students, and P100 if you watch at the Cinematheque.

Here are the 10 films you can't miss this year.

Alex is a 20-year-old struggling with commitment issues. When she starts to fall for her best friend, she struggles with coming out to her, too.

Screened at the Directors' Fortnight section of this year's Cannes Film Festival, the critically acclaimed Neruda follows the life story of the famed Chilean poet and politician. The film is also Chile's Best Foreign Film entry for the upcoming Academy Awards.

This 1983 film from Danny Zialcita is widely considered one of his best films, as it painfully depicts tangled love affairs, homosexuality, and adultery. The film was a blockbuster hit at its time, and is finally getting a digitally remastered version.

Felix is a friendless over-achiever in high school whose life changes after the arrival of the half-American Snyder brothers, who entangel him in their dark ambitions.

This 2016 Iranian-French drama tells the story of a young couple who play the lead roles in a local film. However, their project soon takes its toll on their relationship. The film was part of Cannes' Competition section, where it won Best Actor and Best Screenplay.

It's Only the End of the World

Written, edited, and directed by Xavier Dolan, the film follows Louis, a terminally ill writer, who resolves to return home after 12 years to announce his imminent death. The film won the Grand Prix and the Ecumenical Jury Prize at Cannes Film Festival, and was subsequently nominated in acclaimed festivals around the world.

This horror-thriller sheds light into an old Cebuano folklore about Lily, a shape-shifting mangtas or witch wreaking havoc and fear into locals. The film traces the origins of the myth.

An old custom in some Pangasinan towns is to offer the life of an animal when constructing buildings. One day during a town fiesta, locals discover the body of a young boy that leads to a chilling chain of events.

This Palme d'Or-winning film revolves around Daniel Blake, an ill carpenter in need of state welfare. When he meets a struggling single mother in a similar situation, they navigate the challenges of red tape bereaucracy in modern-day Britain.

This critically acclaimed horror centers on an isolated house in the countryside. When a heavily bandaged mother of two twins returns home after her reconstructive surgery, they grow dangerously suspicious of her identity.