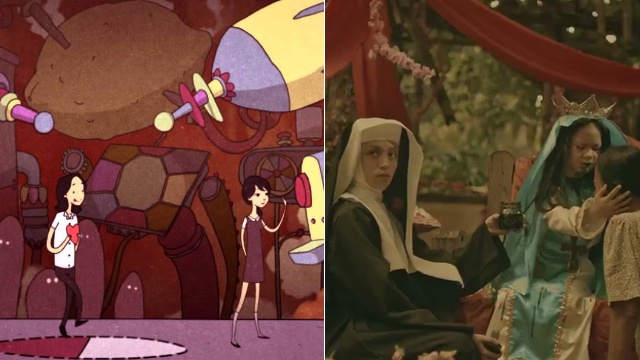 Watch the trailers for this year's MMFF entries

(SPOT.ph) This year's Metro Manila Film Festival has been the talk of the town since they unveiled their annual Magic 8 list of entries. Noticeably absent were films from Vic Sotto, Vice Ganda, and Mother Lily Monteverde, who weren't entirely happy with the final results. Meanwhile, many others praised the festival's decision to put the spotlight on indie films.

MMFF 2016 is already shaping up to be one of—if not the most—interesting festival so far. Gear up with the full trailers of this year's entries.

The film revolves around a seemingly perfect family led by Nora Aunor's character. She struggles to keep her family together when her husband's dark and murderous past is revealed.

Set in the '40s, Ronnie Alonte plays a young deacon who, along with others, are sent to a secluded sanctuary seven days before they are ordained as priests. Little do they know that this would be the last time the church will uphold the tradition.

Looking for something for kids and kids-at-heart? This gorgeously (and partly) animated film zeroes in on the sweet and epic love story between Marty, an aspiring comic book artist, and his best friend, Sally, a gifted gadget inventor.

This award-winning comedy-drama stars Paolo Ballesteros as Trisha, a transgender woman who competes in beauty contests. Her only wish before she passes away? To die beautiful. The film was screened at the Tokyo International Film Festival, where Ballesteros won for his performance.

Eugene Domingo, Kean Cipriano, and Cai Cortez reprise their roles in this much-awaited sequel to the 2011 film. Based on the trailer, it's looking to up the craziness, star power, and laughs.

This heartwarming film tackles the stereotypes of OFWs in Hong Kong through the eyes of Cherry, who joins beauty pageants in her spare time.

Star Cinema's teen romance is an adaptation of an online viral series that tells the story of a love triangle with a "modern twist."

Oro is a crime thriller about Ethan (Joem Bascon), a small-scale gold miner whose relationship with Linda (Mercedes Cabral) is filled with secrets. Meanwhile, the life of the local mining community is disrupted with the arrival of an armed group masquerading as environmentalists.

Mmff Mmff 2016 Metro Manila Film Festival
Your Guide to Thriving in This Strange New World
Staying
In? What to watch, what to eat, and where to shop from home
OR
Heading
Out? What you need to know to stay safe when heading out