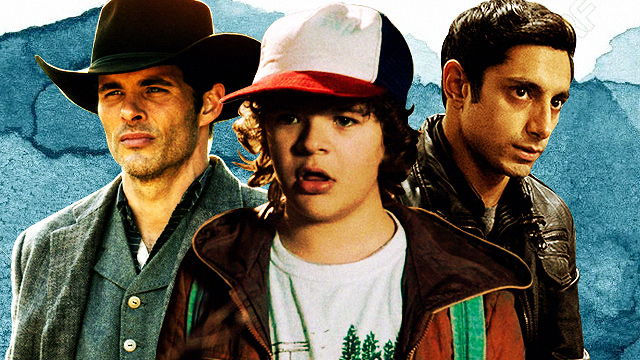 Which new show was your favorite of the year? 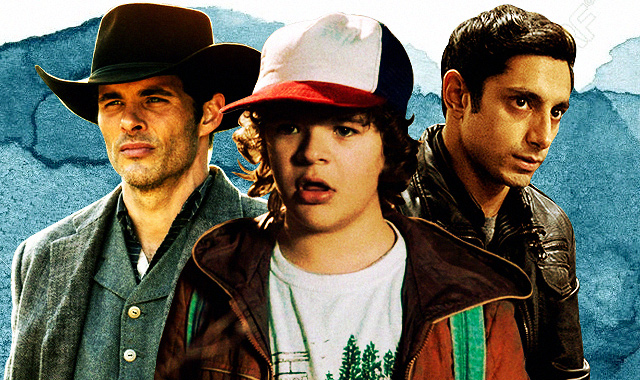 (SPOT.ph) It's safe to say that 2016 has been a tumultuous year for us all. Many of us took refuge in our TVs and laptops, filling our free time with shows that took us to new worlds, opened our eyes to different realities, and gave us joy in their stories. We revisited old favorites, like Game of Thrones, and were introduced to a newer crop of series that had us glued to our screens. As we say hello to 2017, we look back at some of the gems that defined the TV landscape of 2016.

This list focuses on one-season TV shows that premiered in 2016. (Sorry, Black Mirror, we still love you.)

If 2016 was the year of the '90s, Netflix's runaway hit, Stranger Things, stood out with its wonderful brand of '80s nostalgia. An immensely likable cast coupled with an intriguing sci-fi plot of paranormal creatures and secretive government agencies made for some very addictive TV. Case in point: You didn't have to be alive in the '80s to binge-watch everything in one day.

Perhaps no new show was praised for its searing wit more than Atlanta, a nuanced and whip-smart comedy from Donald Glover (best known to TV fans as Troy from Community). The actor and rapper proved his knack for clever writing while portraying Earn, a down-on-his-luck college dropout who decides to manage the rapping career of his cousin. Filled with social commentary and hip-hop culture, Atlanta was easily one of the best comedies of the year.

When HBO's Westworld first hit TV screens, audiences couldn't quite decide what exactly it was. A dystopian version of LOST? A Western sci-fi thriller? Turns out, the show's strength was its ability to stay out of the box. Boasting gorgeous visuals and fascinating world-building, the show captivated viewers well into its season finale. Its star-studded cast—including Anthony Hopkins, Evan Rachel Wood, Ed Harris, Thandie Newton, and James Marsden—brought the unique and futuristic theme park to vivid life.

It's almost a shame we only get one season out of this complex, engrossing miniseries. Still, a handful of episodes was enough to have us hooked on the unnerving criminal case of Nasir Khan (an amazing Riz Ahmed, who also wowed audiences in the more recent Rogue One film). A night of partying with a mysterious woman turns horrific when he finds her brutally stabbed to death the next morning with no recollection of what happened.

After successfully bringing Jessica Jones and Daredevil to the small screen, it was only time that Luke Cage got his turn in the Netflix spotlight. Its worldwide debut was so popular that servers were reportedly down for over two hours...and it was easy to see why. Star Mike Colter injected gravitas in his role as a former convict who takes his superhuman strength and unbreakable skin to the streets of Harlem.

For many sitcom fans, The Good Place filled the Parks and Recreation-shaped hole in their hearts with its endearingly colorful characters and refreshing plot. Kristen Bell plays Eleanor, who dies and finds herself in the “good” side of the afterlife, only to find out she’s been mistaken for someone far more deserving. Its premise was uncharted territory, which creator Mike Schur navigated with surprisingly creative and funny ease.

This biopic drama deserves plenty of credit for its ability to raise (and maintain) nail-biting tension, despite the all-too familiar story. The infamous murder trial of O.J. Simpson made headlines in 1994 and it made headlines once again in 2016, with a roster of memorable performances from Cuba Gooding Jr., Sarah Paulson, and David Schwimmer.

Many considered this explosive miniseries as star Tom Hiddleston's audition for James Bond, and he didn't disappoint. The BBC adaptation of the John le Carre espionage novel had Hiddleston playing Jonathan Pine, a soldier-turned-hotel night manager who is recruited to spy on the leader of a wealthy and lethal arms dealer. Hugh Laurie was reliable as ever, but it was Elizabeth Debicki who stole the show.

For folks who gravitated towards heart-wrenching dramas, This Is Us was the kind of multi-layered show that had viewers sobbing at their screens. NBC’s series revolves around the seemingly random yet intertwined lives of a group of people in Pittsburgh. Episodes weave throughout the characters’ past and present storylines, and feature the tear-jerking talents of Milo Ventimiglia, Mandy Moore, Sterling K. Brown, Chrissy Metz, and Justin Hartley.

Many critics compared Netflix’s latest historical offering to Downton Abbey, which was perfect for those who prefer lush and old-timey English costume dramas. The Crown chronicles the early life of Queen Elizabeth II (an arrestingly good Claire Foy), putting the focus on her early reign, personal intrigues, and political rivalries. Luckily for fans, a second season has already been announced.

New Tv Shows Best Of 2016
Your Guide to Thriving in This Strange New World
Staying
In? What to watch, what to eat, and where to shop from home
OR
Heading
Out? What you need to know to stay safe when heading out