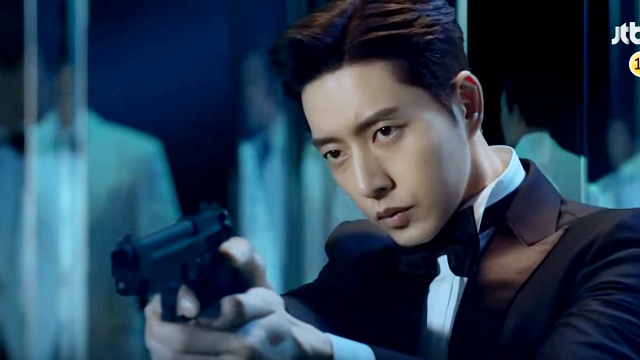 It's coming this April!

(SPOT.ph) By now, you're already familiar with Netflix's wide lineup of TV shows, from Riverdale to Stranger Things and more recently, 13 Reasons Why. It looks like the streaming site is showing no signs of slowing down because they're set to take on another craze: K-Dramas.

Man x Man stars Park Hae Jin (of My Love From the Star fame) as Kim Seol Woo who becomes a "ghost" bodyguard for a top hallyu celebrity. Set to air on April 21, the series will be simultaneously broadcast in over 20 languages alongside its premiere on Korean cable channel JTBC. (Aside from being a Netflix original series, it's also their first simulcast of a Korean drama!)

Man x Man is written by Kim Won-suk, the scriptwriter behind Descendants of the Sun, and will be streamed on a weekly basis.

This isn't the first time Netflix has ventured into streaming Korean TV and movies: in January, they were confirmed to adapt a popular webtoon called Love Alarm and in March, they signed on to do an eight-episode zombie thriller called Kingdom. Both are slated for release in 2018.

They also recently released a teaser (above) for the highly anticipated Okja, a fantasy film directed by Snowpiercer's Bong Joon Ho and starring Jake Gyllenhaal, Tilda Swinton, Paul Dano, Steven Yeun, and Lily Collins. Okja is set to premiere on Netflix this June.