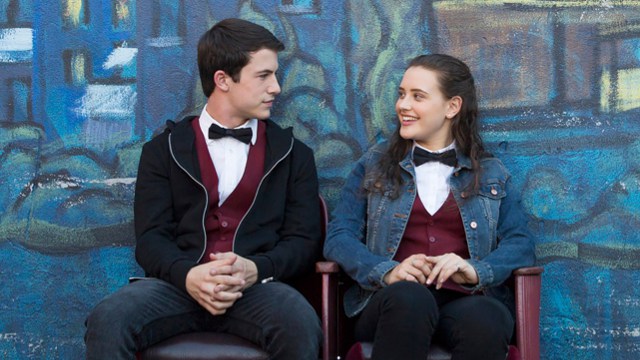 10 Songs We Love From the 13 Reasons Why Soundtrack

Listen to our musical picks here!

(SPOT.ph) By now, you've probably stumbled upon 13 Reasons Why on your Facebook feed. The dark drama is Netflix's latest breakout hit, an adaptation of the YA novel from 2007. The series follows a high school student named Clay (Dylan Minnette) who uncovers the story behind the sudden suicide of his crush, Hannah (Katherine Langford), with a box of 13 cassette tapes.

Whether you're still reeling from binge-watching it all night or you're just intrigued, the show—and its music—has everyone talking. The teen drama's music ranges from indie tunes to nostalgic '80s tracks and even present-day covers.

Here are 10 songs we loved from the show:

"Love Will Tear Us Apart"

"The Night We Met"

This track serves as a romantic backdrop to a sweet slow dance between Clay and Hannah. The indie folk song was released in 2015 off the band's second album, Strange Trails.

"Doing It To Death"

It's hard not to jam once the song's guitar riffs and infectious synths kick in. "Doing It To Death" was played in the show's third episode.

Executive producer Selena Gomez may have begun her career in acting, but she chose to stay behind the scenes for the show. She also contributed her own cover of Yazoo's 1982 song, "Only You."

Adding to the '80s nostalgia is this track from The Cure, which is played during 13 Reasons Why's fourth episode.

"It All Feels Right"

While many of the songs on the soundtrack go the synth- or guitar-heavy route, this song by American singer Washed Out is a welcome departure, with its lush and dreamy sound.

Artist: Echo and the Bunnymen

If you're a fan of '80s English rock, you'll recognize this classic track from Echo and the Bunnymen. It still sounds pretty modern, over 30 years later.

Going with the '80s theme is this haunting cover of Neil Young's 1979 hit. The song goes perfectly with the scene in episode three where Alex (Miles Heizer) is seen floating in the pool.

It's easy to picture sunny road trips and laidback afternoons while listening to this song by Vance Joy.

13 Reasons Why opens with this song's gentle guitar strums, and Hannah begins narrating her story to the audience.

13 Reasons Why Netflix Soundtrack Music
Your Guide to Thriving in This Strange New World
Staying
In? What to watch, what to eat, and where to shop from home
OR
Heading
Out? What you need to know to stay safe when heading out