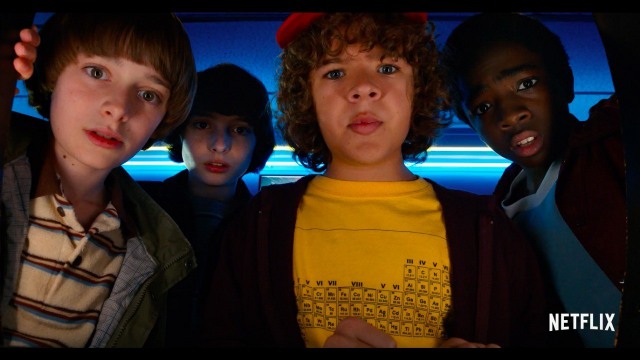 (SPOT.ph) In case you were away from the Internet over the weekend, the annual San Diego Comic Con was in full swing, bringing TV, movie, and comic book fans together. Even if we're miles away from the event, we can still experience all the fun with a slew of new trailers that will have everyone pumped.

As of writing, the new Avengers: Infinity War trailer has yet to be unveiled to the Internet, but here are the 10 other trailers you need to watch ASAP.

Your favorite TV kids are back, and the Upside Down looks to be darker and more sinister than ever. The trailer amps up the nostalgia and excitement with a reworked (and very befitting) version of Michael Jackson's "Thriller."

If last season's big question was "Who killed Jason Blossom?", Season 2's new and improved version is "Who shot Fred Andrews?" It's slated to return this October 11, reportedly with 22 new episodes.

HBO's Emmy-nominated series is back for a second season, and it's looking to be bloodier than ever as war erupts within the Westworld park. A release date has yet to be announced, but expect it to hit screens in 2018.

Netflix's highly anticipated superhero team-up brings together four heroes who are very reluctant to be working together: Jessica Jones, Daredevil, Luke Cage, and Iron Fist. Sigourney Weaver is also at hand to wreak havoc upon New York on August 18.

CBS and Netflix's upcoming show will be a prequel to the original and stars an ensemble cast that includes Jason Isaacs, Doug Jones, Rainn Wilson, and Michelle Yeoh.

The newest trailer prominently features Gal Gadot's Wonder Woman and piles on plenty of blockbuster action, team banter, and a glimpse of the villain, Steppenwolf. Expect it to hit theaters this November.

Take a trip back to the '80s with Steven Spielberg's return to the sci-fi genre. Based on the novel by Ernest Cline, Ready Player One stars Tye Sheridan as a virtual-reality player hell bent on finding a hidden fortune in the game. Mark Rylance, Ben Mendelsohn, Lena Waithe, and T.J. Miller also co-star.

The latest trailer for the third Thor film, out November 3, looks as promising as ever. Now with more trippy effects and a bigger role for Mark Ruffalo's Hulk and Cate Blanchett's villain Hela, this is a film that will take the franchise into a fresh and unique territory.

Colin Firth and Taron Egerton are back to kick ass in style, alongside an impressive cast that includes Channing Tatum, Julianne Moore, Jeff Bridges, Pedro Pascal, and Halle Berry.

Nineties kids, rejoice! The beloved cartoon series from Nickelodeon is getting a TV movie that skewers everything about modern-day technology, including iPhones and government surveillance.

San Diego Comic Con Movie Trailers Tv Trailers Trailers
Your Guide to Thriving in This Strange New World
Staying
In? What to watch, what to eat, and where to shop from home
OR
Heading
Out? What you need to know to stay safe when heading out