PHOTOS: Ariana Grande Heats Up the Mall of Asia Arena

The pint-sized songstress was sultry and sweet.

(SPOT.ph) Ariana Grande first regaled her Filipino fans in August 2015 for the Philippine leg of her The Honeymoon Tour. Two years later and now all grown up, she served “Dangerous Woman” realness when she performed at the Mall of Asia Arena for the Manila leg of her world tour.

Just three months ago, the pop singer's Manchester concert was struck by a tragic suicide-bombing incident that killed at least 22 people and injured at least 59 others. As expected, security was extra-tight at the Arena. Thousands of Arianators patiently lined up outside the venue despite the intermittent rain, most of them clad in their best Ari ensemble (cat ears, anyone?). 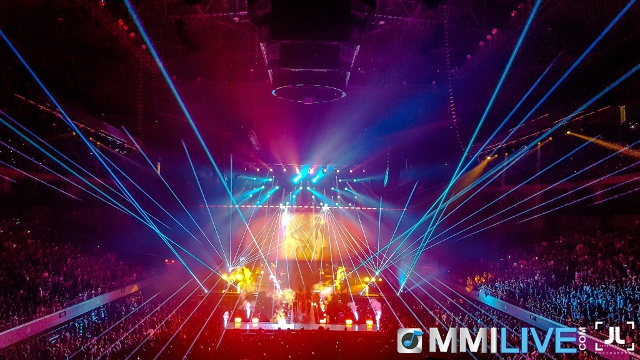 Grande's 23-song set list featured a few singles and the hottest tracks from her Dangerous Woman and My Everything albums. Just like the release of her latest record, Grande made a statement last night that said she's all grown-up and unapologetically embracing her womanhood.

A little past 9 p.m., the pop star, clad in all black and with her signature high pony tail, kicked off the show with a "Be Alright" number followed by "." Grande sang and danced with her crew, as the audience got on their feet and loud cheers filled the arena whenever she shouted "Manila!" 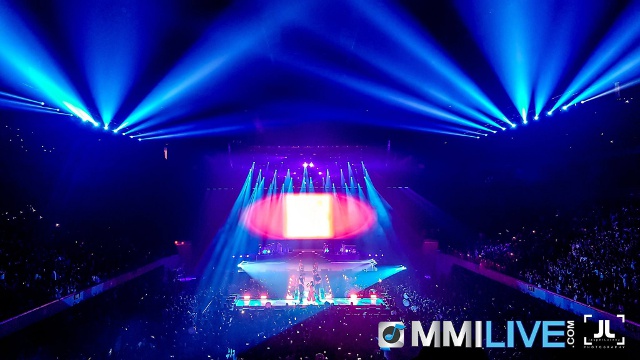 Anyone who follows Grande's career knows her vocals are the real deal, and the audience had their first taste of her range with "Bad Decisions." She then closed the first segment with the sultry "Let Me Love You."

The video interlude showed a pre-recorded clip of the star in a sexy one-piece swimsuit. The phrase "not asking for it" was repeatedly flashed on while the singer posed for the camera. Surely, this was Grande's way of saying that and every woman's, expression of her sexuality is not an invitation of harassment.

A quick change into a white ensemble and Grande was back on stage with slower tunes "Knew Better Pt. II" and "Forever Boy." She immediately picked up the pace with the crowd-favorite "One Last time" and followed it with "Touch It." Perhaps her most soulful performance that night was "Leave Me Lonely," a song she recorded with Macy Gray for her Dangerous Woman album. An instrumental of the song, courtesy of Grande's concert band, helped transition to the next segment.

Probably the most enjoyable moment in the concert was Grande's "Side to Side" performance. Dressed in athletic attire, the young diva turned the stage into her personal gym complete with cycling machines and a boxing area. The energy was high throughout the whole segment as Grande performed back to back: "Bang, Bang," "Greedy," "Focus," and "I Don't Care."

After a short break, the pint-sized singer emerged in a red number and, on her knees, delivered a heartfelt performance of "Moonlight." Her big hits "Love Me Harder" and "Break Free" then followed, with the latter having a more glitch-inspired arrangement compared to the original.

Before moving on to "Sometimes," Grande took the time to show her love to the crowd, declaring, "Manila, . Thank you! I love you all so much. Thank you so, so much for being here." The singer admitted to feeling ill (which honestly didn't show in her performance), saying, "I'm really sick today, so you guys make me feel so much better." 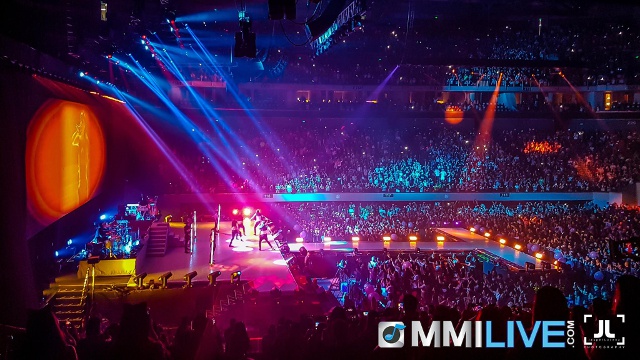 Grande hit the high notes of "Thinking Bout You" while sitting on . After, she serenaded the crowd with her touching rendition of "Somewhere Over the Rainbow." She transitioned into "Problem," which had a slower arrangement, but got the crowd moving again with the more upbeat "Into You."

After Grande's exit, the crowd started chanting, "Ari! Ari! Ari!" And the star, now back in black, closed the concert with "Dangerous Woman,” which the audience sang in unison.

It’s safe to say everyone walked out of the venue beyond satisfied. For the second time, Grande left her Filipino fans with more reasons to love her—not just for her undeniable talent, but also for her authenticity while she grows as an artist and as a woman.