Maine Mendoza Takes a Stand Against Joey De Leon's Views on Depression
Loading
Already a member? Log in
No account yet? Create Account
Spot.ph is your one-stop urban lifestyle guide to the best of Manila. 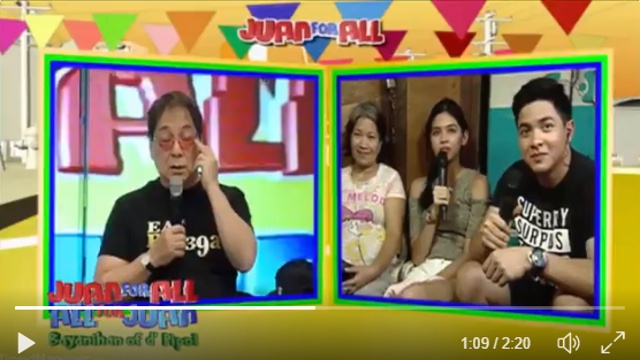 When will these tired old jokers realize that they're no longer funny?

(SPOT.ph) Another day, another Joey De Leon controversy. On Thursday, October 5, the Eat Bulaga comedian and host drew flak for his remarks on depression. During the show's "Sugod Bahay" segment, the hosts were speaking to an elderly winner who said she was diagnosed with depression.

The full clip was posted on Twitter (above), and also includes De Leon making more harmful statements on the mental illness, such as, "Nagpapasosyal lang." The Internet was clearly unhappy and the exchange led to De Leon trending on Twitter:

So far, neither Mendoza nor De Leon have made any formal statements on the issue.

Maine Mendoza Joey De Leon Alden Richards Aldub Eat Bulaga Depression Mental Health Controversy
Your Guide to Thriving in This Strange New World
Staying
In? What to watch, what to eat, and where to shop from home
OR
Heading
Out? What you need to know to stay safe when heading out