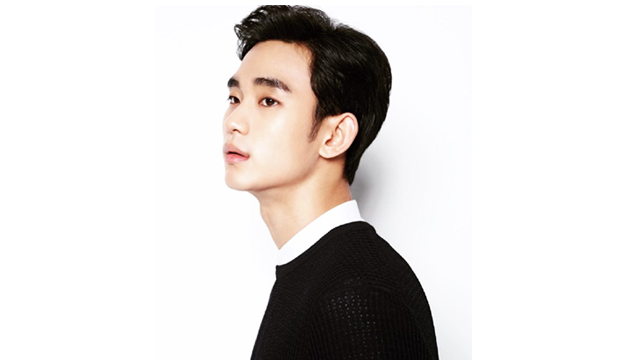 This Korean Superstar Didn't Tell Anyone About His Military Enlistment

We've rounded up shows to watch while Kim Soo Hyun is away.

(SPOT.ph) You may have heard of Korean superstar Lee Min Ho enlisting in the mandatory military service this year, but did you know that My Love from the Star lead actor Kim Soo Hyun has also been drafted and will be starting his service this year?

A source from his agency explained that Soo Hyun kept the details of his enlistment under wraps because he “wanted to go quietly.”

“To be honest, the only difference between him and other people enlisting is that he happens to be a celebrity. It is burdensome to be singled out. Would you not agree that it’s important to not cause discomfort for the others who are enlisting with him?” the source told Korean website Soompi.

Soo Hyun will undergo basic training for over a month before carrying out his service for 21 months. He arrived at the recruitment center in Paju on October 23, where local and international fans bade him goodbye.

He also shared a heartfelt message to fans on his official Instagram account, accompanied by a plain white photo. “Hello, this is Kim Soo Hyun. I wanted to briefly greet everyone before I enlist. I want to express my gratitude to those who have always supported me. I will return in good health. I hope everyone stays healthy,” he wrote.

He will be discharged around July 2019 but while waiting, here are some of the shows you can watch so you won’t miss him that much:

Kim Soo Hyun plays Kang Jae Il, the son of Kang Man Ho (Choi Min-Soo) who fathered him with a pianist, before serving some time in prison. They are reunited after his long sentence, with Kang Man Ho determined to make up for lost time and become a dedicated and loving father to his son.

Six students at Kirin High School all have the same dream—to be K-Pop idols. Kim Soo Hyun plays Song Sam-Dong, a boy from the province who is also a music prodigy. However, he has a rare disease which he must battle with to achieve his dreams. The series also stars Miss A’s Bae Suzy, Ham Eun Jung and IU, ’s Taec Yeon and Jang Woo Young.

The Moon Embracing The Sun

Considered to be his breakout role, Kim Soo Hyun plays the Crown Prince, and eventually, King Lee Hwon. As King, Lee Hwon uses his intelligence to push for changes in the country that will benefit his people. He falls in love for the first time when he meets He Yeon Woo (Han Ga In) a girl from a noble family who dies under mysterious circumstances. Eight years later, King Lee Hwon meets a shaman who looks exactly like Yeon Woo.

My Love From The Star

Exchanging his royal robes for alien superpowers, Soo Hyun’s next role catapulted him to international stardom. For this fantasy series, he plays Professor Do Min Joon, an alien who gets stranded on earth. Before he returns to his planet, he meets and falls in love with actress Cheon Song Yi (Jun Ji Hyun).

For his final role in a TV series before dabbling in several films, Kim Soo Hyun stars as Baek Seung Chan, a variety and entertainment producer for KBS Network. The Producers is an office comedy that follows the lives of several producers who all aspire to produce hit shows for the Korean audience.