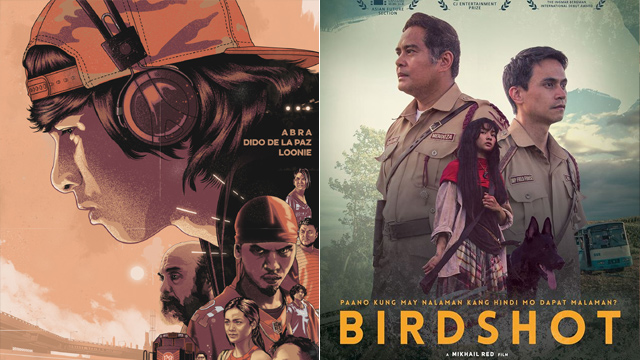 Here’s Where You Can Watch Birdshot, Respeto, and Other Popular Indie Films

(SPOT.ph) There have been a lot of local movies that have been big hits over the past few years. While they're screening in film festivals every now and then, it’s still a challenge to actually find the time to watch them. So, if you wanted to check out some of the movies that you missed, Cinema '76 is screening the most requested films until November 30. The best part? Tickets are only at P150. 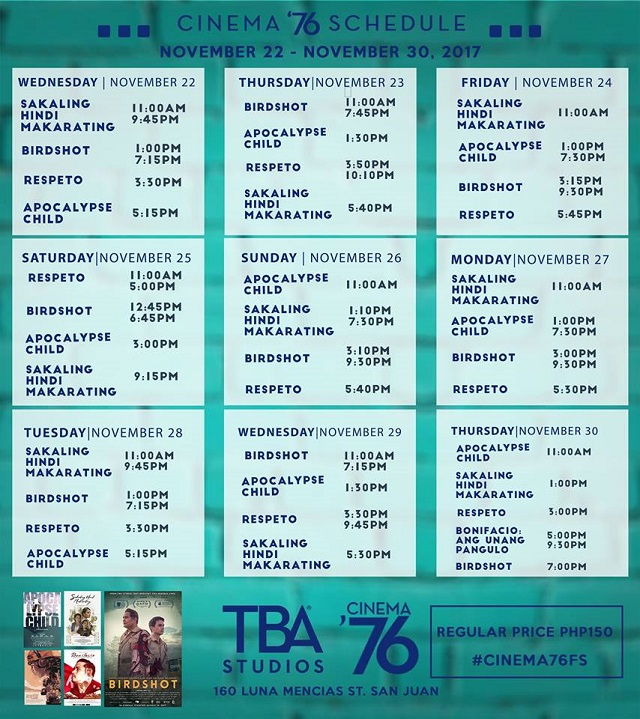 Here’s what they’ll be showing:

This indie film revolves around Maya (Mary Joy Apostol) and what happens after she accidentally kills a Philippine eagle. With stellar reviews and multiple awards, it’s also the official entry of the Philippines for the Best Foreign Language category of the Oscars.

Hendrix (Abra) is on his way to fulfilling his dream of being a hip-hop artist but is hindered by his problematic upbringing and past life of crime. He then becomes good friends with a poet (Dido de la Paz) who makes a profound impact on his life.

Set in Baler, this film centers around Ford (Sid Lucero), who is named after Francis Ford Coppola, his rumored father. He’s forced to confront his past when he gets involved in a love triangle and rekindles his friendship with an old acquaintance.

Cielo (Alessandra de Rossi) gets fired from her job and breaks up with her fiancé. She ends up moving into a small apartment, where she starts receiving postcards from an anonymous sender. She then decides to go to the places depicted on the postcards to find out who’s been sending them.

Setting the stage for Luna, this film tells the “real” story of Andres Bonifacio and his fight for Philippine independence.