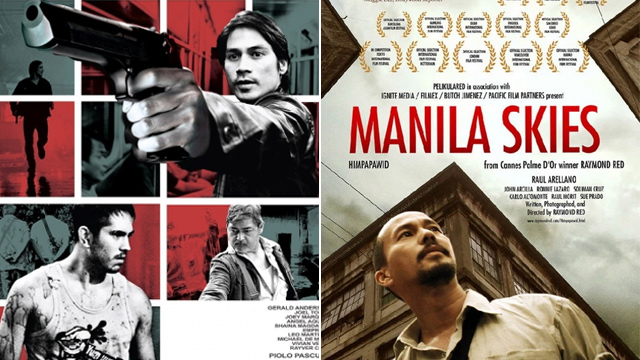 This Festival Is Screening Movies That Help You #StayWoke

The films are still as relevant as ever.

(SPOT.ph) You might express your concern for our country with hilarious memes about train accidents or exasperated tweets about political announcements. But you can also stay #woke and be aware of what's happening around you by watching films that tell it like it is. The Active Vista Human Rights Festival is counting down the days until the International Human Rights Day on December 10 with various activities, including film screenings.

Here's a roundup of all the films they'll be showing for only P150:

Struggling to survive the harsh streets of Manila, Blanka (Cydel Gabutero) lets go of her thieving strategy and teams up with Peter (Peter Mallari), a blind musician.

Director Hui-Chen Huang explores her strained relationship with her mother, a Taoist priestess who is also a lesbian, in this documentary feature film.

This classic film follows the dangerous and difficult hazing initiation rites of seven neophytes as they try to get into a fraternity.

Awarded as the Best Film at Cinemalaya 2017, Respeto centers around Hendrix (Abra) as he tries to leave his criminal past behind him as he aims for hip-hop greatness.

Inmates Daniel (Gerald Anderson) and Mario (Joel Torre) are prison inmates who are let out whenever they are enlisted by a congressman to carry out hits on political foes.

Assistant Production Designer Wilson’s (Joey Paras) simple search for a Last Supper prop for a commercial takes a humorous turn as he accidentally loses one. He then becomes embroiled in a two-year legal battle, which he has no clue how to get out of.

The story follows Jay Santiago (Baron Geisler), a gay filmmaker who is making a documentary about Jay Mercado (Rjay Payawal), a gay teacher who was brutally murdered.

This documentary revolves around three young boys who are incarcerated in the Cebu Provincial Detention and Rehabilitation Center, alongside criminals who are guilty of crimes like drug-dealing, rape, and murder.

Inspired by a true story, this film tries to shed light on the logic and reasoning behind the hijacking of a plane by Raul (Raul Arellano), and his subsequent jump out of the plane with a homemade parachute.

While brothers Richard (Felix Roco) and Raymond (Daniel Medrana) face each other as members of rival gangs, the mayor's City Death Squad is busy hunting down gangsters around town.