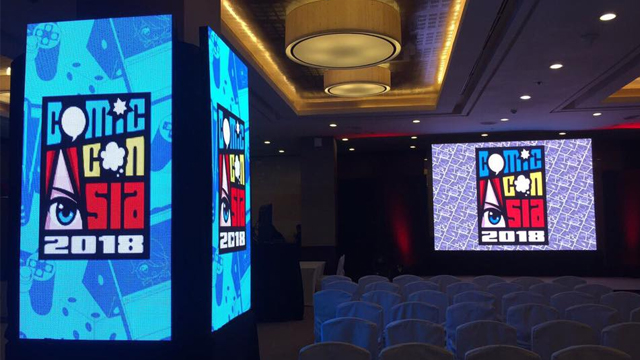 Even Stan Lee himself is going to be there!

(SPOT.ph) There are a lot of things movie buffs and comic-book geeks can look forward to (what with the release of so many action-packed flicks) in 2018. Now, you can add ComicCon Asia to that ever-growing list and it looks like the convention’s first year is already off to a great start (even though their choice of an ambassador is debatable). After all, if Stan Lee himself is heading to the two-day event, it's probably going to be something to look forward to! So mark your calendars, because it will be held on March 24 and 25 at the SMX Convention Center.

It’s the latest in a number of comic conventions recently being held in Manila, but it promises to distinguish itself through exciting and groundbreaking workshops and competitions that will showcase and highlight Filipino talents from all backgrounds. It’s also the best time for all fandoms to unite. Everyone attending, whether they’re hardcore con-goers or casual fans, can expect to find common ground as the convention’s main floor features five zones: Manga & Anime, Comics & Literature, Toys & Gaming, Movies, Series & Animation, and Cosplay. 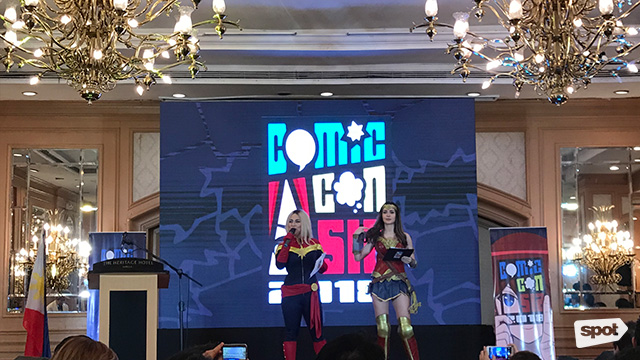 But there are also a lot of special events to look forward to:

This cosplay competition is divided into six categories: Anime, Gaming, Western, Asian, Armor, and Fabric; there are only 30 slots available per category, so prepare to suit up and register before March 11!

Project X: The Search for the New Pinoy Superheroes

You can create and assemble the latest generation of heroes that are proud to be Pinoy at this event. Power through and register at pinoysuperheroes.com before March 14!

Happening on March 24, this is ComicCon Asia’s search for the next big video game and animation idea, featuring a panel of industry executives and potential investors, so hurry up and get pitchin’!

Fans also have a chance to show their creative side at this contest where eight aspiring artists compete to create a unique story.

This exhibition is another chance to show off those art skills, showcasing 30 artists to be located in the middle of the convention venue.

That’s not even the best part yet. Your Spidey sense is probably already tingling. They’ve also got a great lineup of artists attending the event that you can meet and greet! 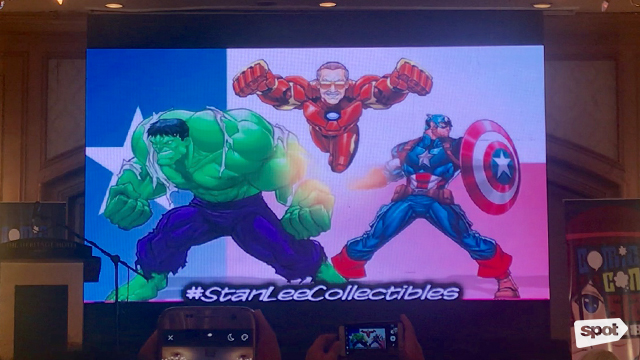 Comic-book legend Stan Lee, who we all know and love from his comic-book creations Spider-Man, Daredevil, the Fantastic Four, and his cameos across multiple Marvel cinematic feature films is set to appear for meet-and-greet sessions!

Joining the lineup of local and international industry personalities and talents are basketball star Ray Allen (who is celebrating the 20th anniversary of his movie He Got Game), Walter Jones who played the original Black Ranger in Mighty Morphin Power Rangers, together with a wide array of international cosplayers including Linda Le (a.k.a. Vampy Bit Me) and Anna Redei (a.k.a. Enji Night), among many others!

Not to be missed are homegrown talents, such as DC and Marvel comic book artist Harvey Tolibao whose work has appeared in Iron Man and Green Arrow, and Walt Disney Visual Development Artist Armand Serrano (Mulan, Lilo & Stich, Big Hero 6), who are both giving workshops throughout the two-day event!

Tickets for ComicCon Asia 2018 are expected to be available at the official ComicCon Asia website on January 25, with ticket prices at P800 for a one-day pass, and P1300 for the two-day pass.

Comiccon Asia 2018 Stan Lee Comiccon Asia
Your Guide to Thriving in This Strange New World
Staying
In? What to watch, what to eat, and where to shop from home
OR
Heading
Out? What you need to know to stay safe when heading out