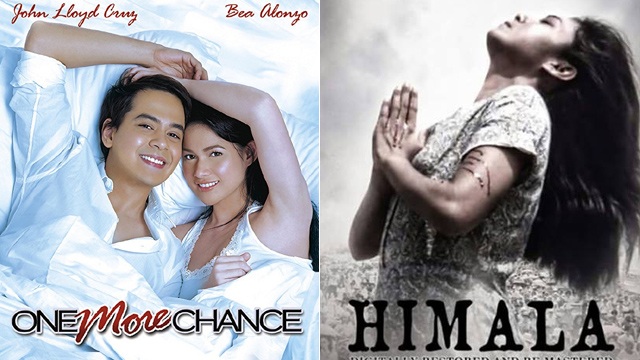 Including One More Chance, Anak, and Moral!

(SPOT.ph) With the recently-concluded 90th Academy Awards shedding a bit more light on the #MeToo and Time's Up movements with a quick but insightful segment, it's time to talk more about the role of women in films. There's even more reason now to welcome—or even look back on—films that are celebrating women in cinema. You can do just that by catching digitally restored films about women and made by women that will be screening at Cinema Centenario in Quezon City from March 7 to 28.

We round up all the films that were painstakingly restored and when you can catch them on screen:

In this drama, a farmer (John Arcilla) falls in love with a prostitute (Rosanna Roces) and tries to steer her away from her way of life.

This critically acclaimed movie stars Nora Aunor as Elsa, a local girl who claims to have seen an apparition of the Virgin Mary.

Moral is a movie that shows four stories about the activist youth before the years of Martial Law.

This family drama stars Vilma Santos as an Overseas Filipino Worker who has a complicated relationship with her children that she left behind, with her eldest played by Claudine Barretto.

John Lloyd Cruz plays Popoy, an engineer who is too controlling of his architect girlfriend Basha (Bea Alonzo), leading her to break up with him. The film shows their relationship as individuals trying to work things out on their own.