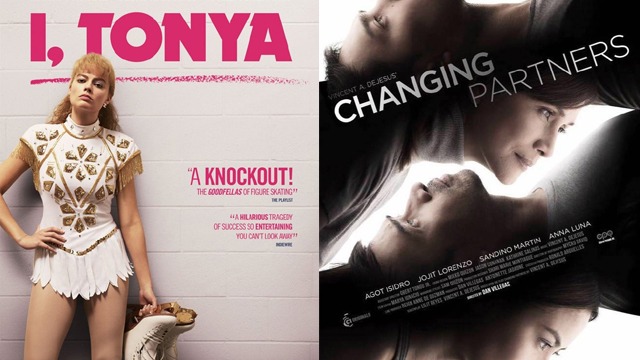 You Can Catch I, Tonya and More Award-Winning Films at The Newly Reopened Black Maria Cinema

Including Changing Partners and Ma' Rosa.

(SPOT.ph) The wait may have been a little bit longer than expected for Black Maria Cinema to finally open their doors again after closing temporarily. But, they're finally back, and they're about to make your movie dates even better. There's no better way to celebrate their reopening than with an award-winning lineup. They'll be screening I, Tonya, Changing Partners, and Ma'Rosa from March 16 to 20.

I, Tonya tells the story of real-life figure skater Tonya Harding (played by Margot Robbie). She was mired in controversy when her ex-husband attacks one of her competitors, who consequently withdraws from the national championship. Lauded by critics, it also earned five nominations at the 90ths Academy Awards and it earned Alison Janney (who played Harding's mother) the award for Best Actress in a Supporting Role.

This indie musical is based on a Palanca-winning play by Vincent de Jesus. It revolves around the relationship—or rather, the demise of the relationship—of Alex and Cris. Throughout the story, their genders switch, meaning sometimes the relationship is between a man and a woman or a man and a man, or a woman and a woman. There are times when Alex would be played by Agot Isidro or Jojit Lorenzo, who will then be paired with either Anna Luna or Sandino Martin as Cris. It won the Best Director, Best Actor, Best Actress, Best Music, and Audience Choice Awards at the 2017 Cinema One Originals Film Festival.

Rosa (Jaclyn Jose) works hard to make ends meet with their small convenience store at home, along with her husband Nestor (Julio Diaz). But what they make is still not enough, so they sell crystal meth on the side. They're eventually caught by the police, who then bribe them for money. Their four children do everything they can to get the funds and bail them out. The film was selected to compete for the prestigious Palme d'Or at the 2016 Cannes Film Festival, where Jaclyn Jose earned the award for Best Actress.